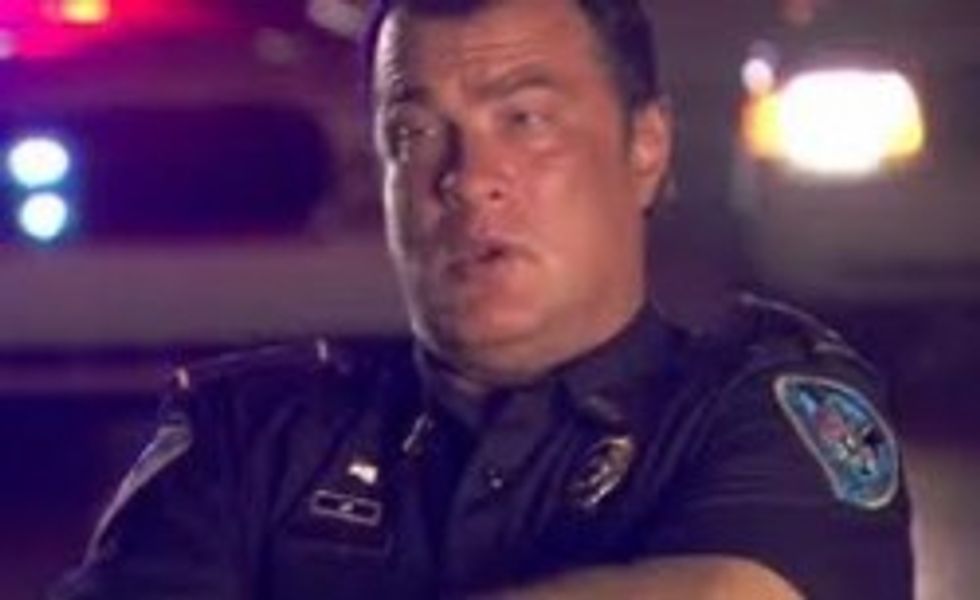 Rad dudes Steven Seagal and Sheriff Joe Arpaio (R-The Best)drove a tank through some jerk's front wall and then, with their bomb-robot and 40 deputies, accidentally killed a hundred of the jerk's animals that they were supposed to be saving from his alleged cockfighting, and now this guy's got the nerve to sue them, just for doing their job! (Their job being to have a reality show called "Fat Sad Old Steven Seagal Thinks Movies Are Real," which A&E has since pulled from its schedule.) FRIVOLOUS LAWSUITS! TORT REFORM! TRIAL LAwyERZ! AIYEEE!

He was handcuffed and taken outside, where action-movie actor Steven Seagal waited, clad in camouflage and sunglasses and hoisting a rifle.

"I looked up and saw his face," Llovera said. "It was very strange."

"They said, 'It will be good for you, so everyone can see your animals,' " Llovera said. "I said I didn't want to."

Llovera, who was already on probation for a misdemeanor charge of "being present at a cockfight," denies he was raising his more than 100 roosters for cockfighting, which, well, ahem.