Still Crooked After All These Years 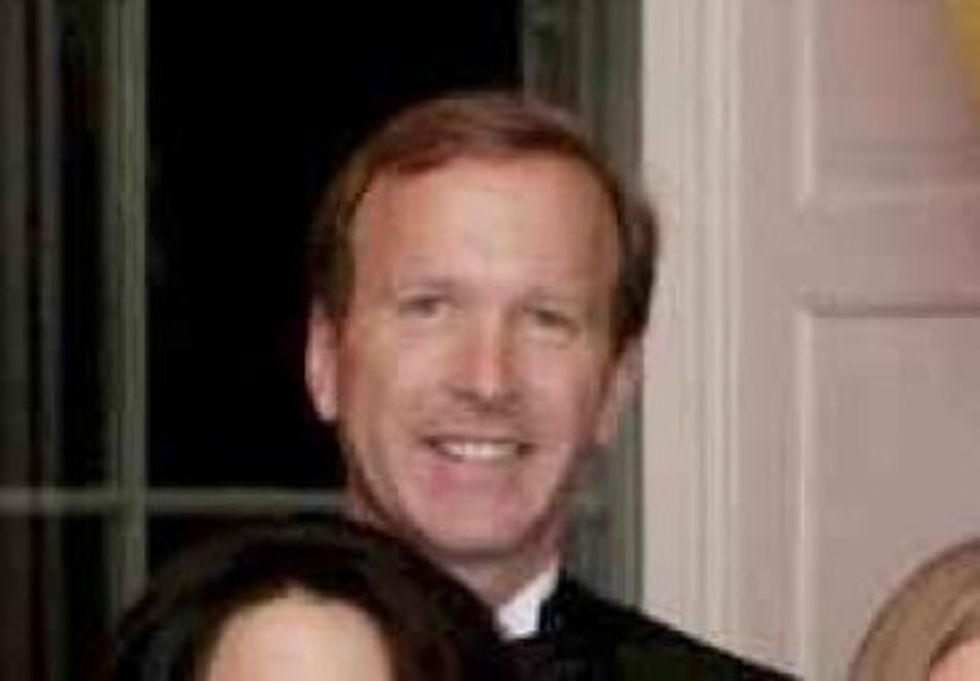 George W. Bush isn't the only failed businessman in the family. His criminally stupid little brother Neil, also a known cokehead, has been involved in so many dirty deals and financial collapses that he's rarely allowed around the Clan in public.

But behind the scenes, Neil Bush is still doing what Bushes do best: using family connections to shovel taxpayer money into his own pockets.

We'll tell you why the new Business Week story on Brother Neil is headlined "No Bush Left Behind," after the jump.

Neil Bush first gained infamy in the horrific (yet forgotten) Savings & Loan scandal of the 1980s. The collapse of several crooked S&Ls cost taxpayers more than a billion dollars, while individual investors lost some $200 million. Neil was the director of Silverado Savings & Loan, where he shuffled millions of dollars to his own oil-exploration front company in Texas while approving hundreds of millions in "loans" to the S&L's other executives.

Bush 41 was vice president during the long buildup of the S&L scandal, and he was president when the federal government bailed out the failed S&Ls. While many went to prison, the president's youngest son walked. Neil always walks.

Neil was hardly finished in business. Among his later scams:

* He earned $2 million from a semiconductor company in China -- owned by the son of former Chinese president Jiang Zemin -- proving once again the long-term value of Poppy's years as U.S. ambassador to communist China.

* Next, the Dynasty set him up with a new company created just for him with $2.3 million from Bush Family confidant Louis Marx. Neil burned through that money in two years and Apex Energy was no more.

* Then he moved on to the Middle East, using Poppy's oil-sheik connections to get millions from the royalty and politicians of Qatar, Kuwait, Lebanon, Syria, Dubai and of course Saudi Arabia.

* Because there's always got to be a Nazi connection, Neil ran some shadowy Swiss "ecumenical foundation" in the 1990s with Joseph Ratzinger, the former Nazi, current pope and architect of the Vatican's child-rapist protection plan.

* On a single day in 1999, Neil made $170,000 on an insider-trading deal from a tiny tech company where he was a "consultant." Martha Stewart went to prison for that. Neil walked, as usual.

* Apparently broke again, he went to Dubai to shake down the sheiks for his great new idea: Selling "educational software" for his brother's No Child Left Behind scheme. He needed to really cash in this time, because he was divorcing his wife Sharon and wooing a new mistress, who Sharon called "Neil's Mexican whore."

His personal life may not be any more lurid than the other Bush brothers, but his messy divorce revealed the Bush lifestyle in court depositions: Neil was a frequent "sex tourist" in Thailand and Hong Kong, and actually admitted to staying at sex resorts where anonymous prostitutes entered the suite, performed some sexual act or another on or with Neil, and were then replaced by a fresh prostitute.

But things are looking up for Neil Bush. He's a driver and he's a winner. Big brother George is out whoring for a renewal of the No Child Left Behind scheme with even more federal funding for the stuff schools now have to buy.

Business Week says his edumacational gadget company is now pulling in $5 million a year. Thanks to No Child Left Behind, for once in Neil's life he's actually making money instead of pissing it away.

Maybe Neil is finally happy. He sure looked happy last month palling around with millionaire Russian crime lord Boris Berezovsky at an English football match. The Russian gangster is, of course, an investor in Neil's latest company.

No Bush Left Behind [Business Week]

How Neil Bush Succeeded in Business Without Really Trying [Counterpunch]