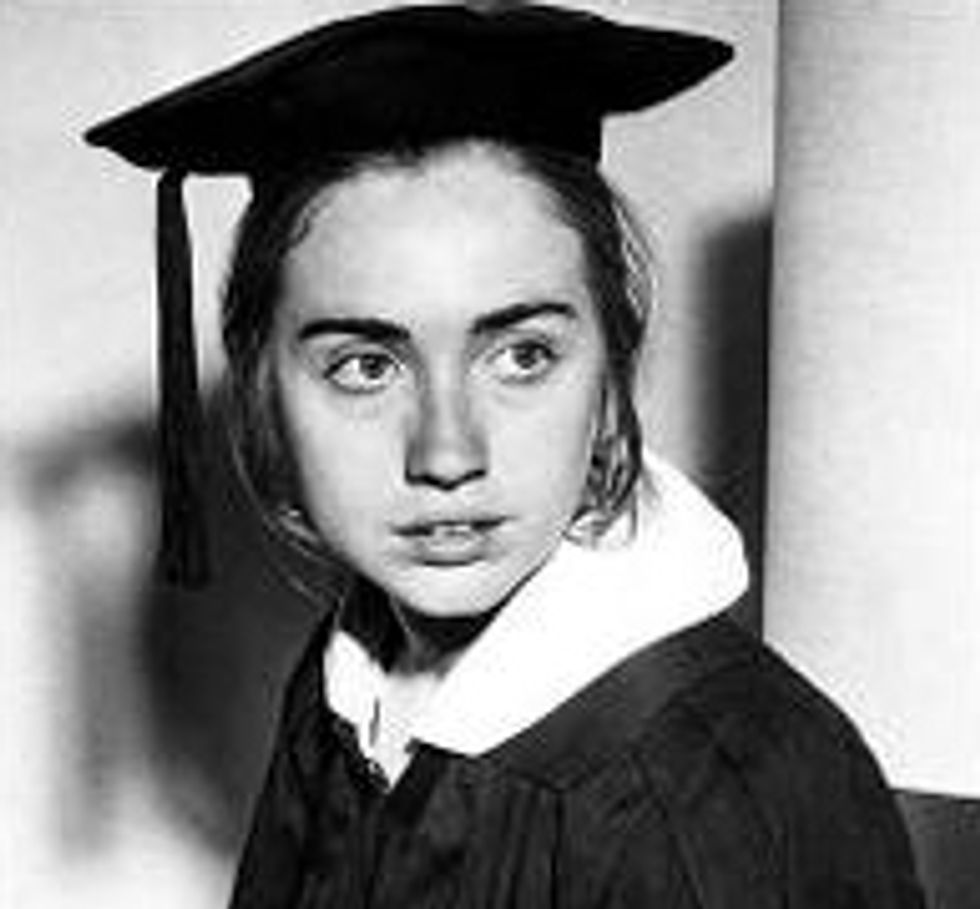 Hillary Clinton is the most orange woman alive tonight. "Orange" is the color of Unity, and Barack Obama. Are the PUMAs buying it? No, because they're sociopaths. But maybe enough people are. It's all about getting your 51%, and Hillary could offer like 2%, right now! 3%!

10:58 -- Hillary's speech: kind of like the other speeches, but read by Hillary, so people are paying attention.

10:59 -- Barack Obama now cares for the Invisibles, a.k.a. Hillary's children. Maybe Mark Penn can make a little "invisible people" button for his website, too.

11:00 -- Bill Clinton's in the house, too! He's in a little corporate balcony. People are falling over the balcony trying to see Bill Clinton in the other balcony.

11:01 -- Oh she loves Michelle Obama. Are they friends? Ha ha fuck no they hate each other.

11:03 -- "John McCain is my friend, but you need to know something: he masturbates to Transformers figurines in furry outfits."

11:04 -- She's heatin' up! She says something about lady's rights and that is by far the most important thing to every Democrat.

11:05 -- There was a nineteenth century leader, she says, who took slaves and brought them to freedom in New York. Her name: Hillary Clinton. Rodham Tubman.