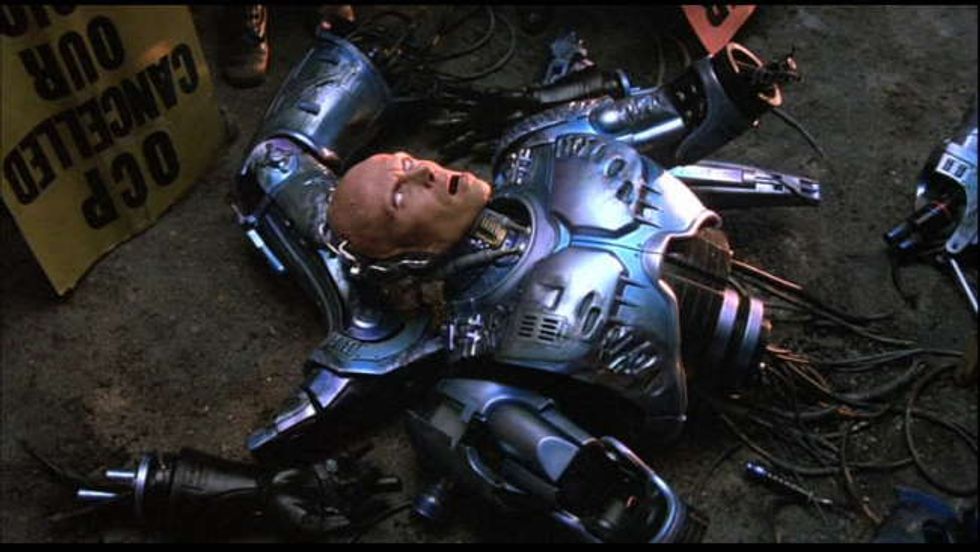 This poor stimulus bill has been kicked around and blown up a million times, completely dismembered, bathed in acid -- basicallyRobocop, except boring, and with money. So what secret provisions did House and Senate negotiators slip into the bill into order to win the eternal fealty of the lobster queen Susan Collins and the other handful of senators who hold the entire fate of the free world in their parsimonious little fists?

Hard to tell, who knows, etc. The House-Senate conference is convening as we write, and maybe once they've all convened and a bunch of Republicans have stormed off shouting about pork we'll have more details. But for now here are some details:

That is all fine, but what about the much-discussed executive pay caps? In or out? We need to know this so that we can start handing out munitions to our Citizen Army in the proper quantities.