STOP SAYING IT'S BORING IT IS NOT BORING! Your 2016 Vice-Presidential Debate Liveblog! 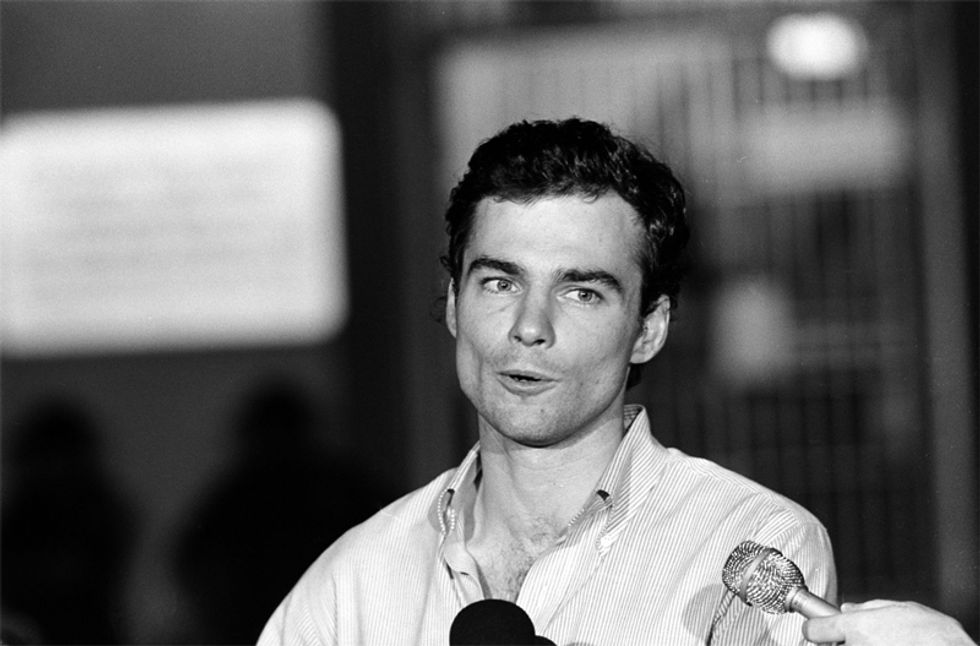 No, we're not putting 'young Mike Pence' here. That guy can go screw.

What time is it, Wonkers? It is time to delight in Tim Kaine, your nice dad, wrapping Mike Pence in a bearhug of common sense and kindness.

Joining us, she claims, will be authoress and boss of you Sara Benincasa, who loves Tim Kaine like SOME PEOPLE love Biden. If she doesn't show, then fuck it, it'll just be me, AND YOU'LL LIKE IT.

Refresh every once in a while, to see if we've wrote a new thing! Or just hang out with your no-goodnik friends in the comments, SEE IF I CARE.

Ready, set, just half an hour to go!

Or, we could just skip this sucker entirely, since the GOP has already declared the winner:

Sara Benincasa would like to shout at you a moment, from the chatcave:

SARA BENINCASA: I'M THRILLED RIGHT NOW YOU GUYS THIS IS MY FAVORITE DEBATE BECAUSE OF TIMOTHY KAINE PLEASE PUT THIS ON THE BLERG @rebecca THANK YOU I WANT EVERYONE TO KNOW HOW HAPPY THIS MAKES ME

Sara Benincasa wonders if we have a drinking game, but we do not.

SARA BENINCASA: We can't drink every single time Tim Kaine is right and good because we will all die and drown in booze forever and I'm worried about us.

9:09 PM [Rebecca]: Tim Kaine is actually physically unable to answer "why would you be so good as president" because that would be braggy. It's a lovely opening statement, bringing civil rights into his very first sentence.

We have lost count of how many times Mike Pence rolled his eyes.

9:12 PM [Rebecca]: Mike Pence is SMOOTH, and he tells Tim Kaine that Tim Kaine is the real insulter. He is also the real sexual harasser and the real killer. Also, it's Tim Kaine that loves Russia, I think. I have just been hypnotized by Mike Pence, and believe everything he says. FUCK YOU HILLARY I HATE YOU NOW.

Man, and Mike Pence speaks in sentences? Didn't see that coming! Now, as Kaine speaks, there is a smirk on Pence that you wouldn't believe.

SARA BENINCASA: Mike Pence looks like he just came while making a boom-boom in his pantaloons

9:23 [Rebecca]: Mike Pence is so reasonable about Donald Trump not paying any taxes, when he "went through a hard time," and he's so reasonable I almost don't notice that he talks about "businesses" like the New York Times, having forward carried operator loss thingies. But these were Donald Trump's personal taxes. People (who are lying) keep conflating them.

SARA BENINCASA: I want the lady to keep telling the boys to NOT INTERRUPT.

I like when the lady tells the boys to HUSH.

[Rebecca]: Mike Pence: "At the risk of agreeing with you ... [chuckle] ..." and Mike Pence says he too believes in community policing, and he sounds so reasonable as he says "Senator, please, ENOUGH of this" constant seeking to blame police and call us all racist with this ho-ho-ho "implicit bias," which is surely nonsense, and man, he is good.

9:42 PM: Mike Pence cannot believe Real Insulter Tim Kaine (yes, they're back on the insults again) because of "all the insults that just came out of Tim Kaine's mouth -- as he itemized the people Donald Trump had insulted. This is real life "being called racist is worse than being racist," and I am SO CONFUSED. Being insulting is the new being insulted, or the opposite, I don't even know.

SARA BENINCASA: I'd like to talk about Pence's hair. It's stunning. Yet it's somehow gross all at once.

[Rebecca]: Kaine and Pence are talking about The Wall. Kaine thinks we are a nation of immigrants. Pence, I imagine, has said something perfectly reasonable-sounding about of course we are but laws and we must kill them all before they murder your wife and daughter in their sleep.

9:49 PM: Mike Pence is finally on the run, after giving Tim Kaine a word-swirlie for the first 45, as Tim Kaine lists all the ways Donald Trump has shat upon the military. For once, Mike Pence has NOTHING. He chuckles. He fumphers. Finally: "Did you spend a lot of time on that? Ho ho ho." Still needs more time. Goes to 9/11. Tim Kaine's not having it. But Pence powers on; sure, Obama got Bin Laden, but now we are on ISIS! And I think we all know whose fault that is! 9/11 happened. Osama bin Laden happened. ISIS is happening. Hillary Clinton failed to win the Iraq, guy died, he had a name. Iraq.

Oh, refugees, hengh? Well, Donald Trump is racist about them. Did you know Mike Pence is too?

SARA BENINCASA: Mike Pence got spanked as FUCK yesterday on his anti-Syrian shit and he is sad mad and bad about it

10:00 [Rebecca] For the third or 18th time, Mike Pence does a cute thing where he talks about how he and Trump will work with Kaine in the Senate. It is very dominance guy, he probably learned it from Trump's hilarious instructions to the SALT negotiators on walking in, jabbing their counterparts in the chest, and yelling fuck you.

10:05 PM: And Tim Kaine goes for the kill -- when Donald Trump was busy not paying taxes, the World Trade Center was coming down. And The Troops, and Bin Laden, and where was Donald Trump? He was not Being Patriotic. It's an amazing moment, and Mike Pence might actually slap him. But no no no, he and Donald Trump love the Troops, and so it wasn't his worst moment of the night when he was faced with Trump's record of insults on generals and captured men. No, he remembers his words now, and they are ... Israel.

Mike Pence, regarding Trump's statements that Japan should have nukes: [exasperated by the terrible lie] "He absolutely never said that."

Oh, man, you sounded so sincere.

Oh, this is fun. It always amazes me that they have the gall to be mad about cash for Iranian hostages. Never mind the FURTHER EXCULPATING DETAILS that it was Iran's cash in the first place. It's some brass ones, right there.

Now Pence is onto the Clinton Foundation -- now THAT'S being tied up foreigners. I can see why Pence is confused, since he's only used to foundations that the directors roll around in.

You can understand his mistake.

Mike Pence wraps up with a lie about the Clinton Foundation only spending 10 cents on the dollar on charity. In fact, it's over 90 cents on the dollar. When they say travel, they mean "FOR DOCTORS TO GO TO AFRICA." But you can see why Rupert Murdoch's New York Post was do some lies.

10:26 PM: Tim Kaine is real and human on the death penalty and his Catholic faith. I am sure Mike Pence will say good things about his faith making him be a shitball to gays and chicks.

Nope, it is bortions, and how proud he is of all his crisis pregnancy centers that talk out of abortion all the girls who got pregnant because Mike Pence hates condoms and sex ed. Just saying.

We're ignoring Mike Pence "on his knees every day" because gross and also too easy.

The faith question is basically tailor-made for Kaine, who loves his faith and feels it deeply, but won't let it hijack his duty as a public servant.

Mike Pence ... would disagree on that!

Tim Kaine is ending strong with answers on faith and bipartisanship; he's a swell fella! But damn, I had no idea Mike Pence was so smooth and reasonable sounding, when he wasn't dick-waving or smirking or shouting or raging.

SARA BENINCASA: THAT WAS SO FUN I LOVED IT A LOT.

[Rebecca]: I think we lost Sara. OKAY EVERYBODY GET OUT.