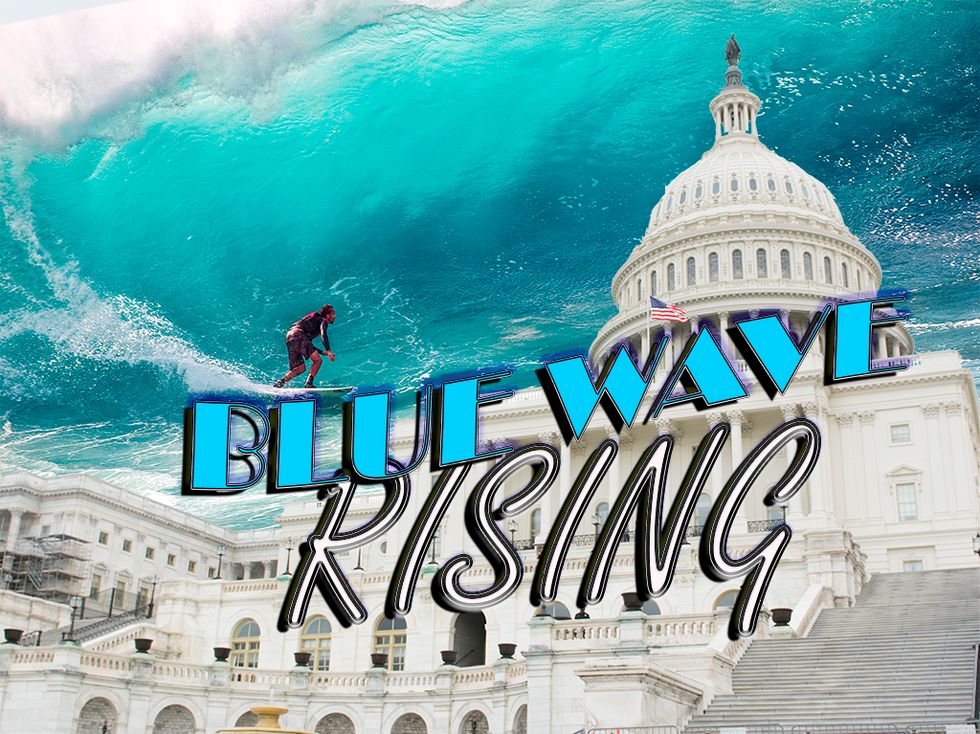 Mitch McConnell and Paul Ryan are shaking in their suits at the thought of Trump starting a trade war, with Ryan quietly warning House Republicans not to tap the glass on the White House.

A couple of Democrats in the Rust Belt are voicing their support for Trump's trade war, saying that cheap Chinese steel has put small mill towns between a rock and a hard place. Sigh.

Robert Mueller has apparently flipped Lebanese American businessman and UAE lobbyist, George Nader, who had some curious meetings in the Seychelles with Erik Prince.

Somebody on the House Intel Committee tipped off Trump's smarmy lawyer Michael Cohen to some confidential information about the THE DOSSIER in December. I wonder which cow-fucking SOB it could have been?

After Obama's former chief of staff called him a lazy asshole, Mitch McConnell says he's "perfectly comfortable" with how the GOP stonewalled the Obama administration after being warned about Russian fuckery in 2016.

The Justice Department is suing California over its sanctuary city policy, prompting Democratic leaders and lawmakers in California to wonder why conservatives are suddenly so bitchy about states' rights.

Late last week the US Fish and Wildlife Service quietly withdrew its blanket ban on elephant trophies; now Erik and DJTJ can go kill as many animals as they want and don't even have to leave the bloody tails at the bin in the airport.

Military officials are wondering if Cadet Bone Spurs will ever march his ass down to the front lines in Afghanistan for a grip and grin with US troops, noting that Obama had already gone to war zones several times a year into his presidency.

Democrats flooded the polls in Texas's primaries, leaving many House races headed toward run-off elections. However, while turnout was higher than usual in Texas, analysts are cautioning that many Republicans remain deeply entrenched in local seats. [Final Results]

Ted Cruz is brushing off a primary victory by Democratic opponent Beto O'Rourke, calling his win an extreme leftists plot to take over the government, open up the borders and steal all the guns.

Just as voting began, Texas politicos started complaining about local GOTV efforts, accusing school districts of "unlawful electioneering" with their provision that encourages teachers to drive people to the polls by allowing them to wear jeans to work for two weeks.

Officials are warning that Puerto Rico is facing a mass exodus as the island continues to struggle to support basic infrastructure.

Russia's new US ambassador is getting the cold shoulder from Capitol Hill, while Trump's White House and State Department warmly embrace the Kremlin's talking points and propaganda.

In response to a ProPublica investigation, Trump's golf courses have decided not to put the presidential seal all over the place. Laws are why you can't have these things.

Michelle Obama went dancing with 2-year-old Parker Curry, the little girl who was enamored with her official portrait. Last night she went on CNN to call Michelle Obama your new queen. IT IS ADORABLE!