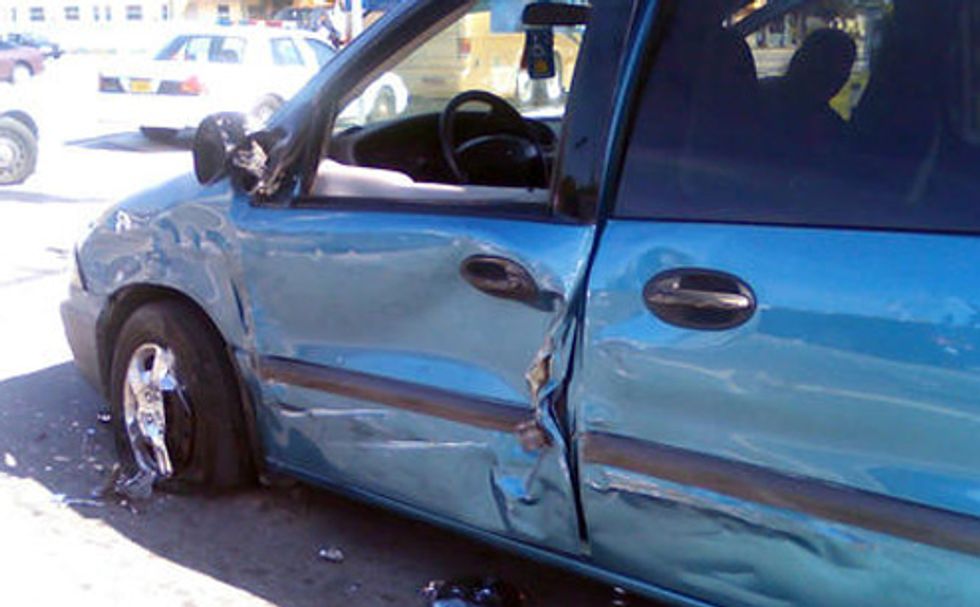 The idiot bus wasn't even carrying John McCain -- just Joe Lieberman and a slave boy. It was in the left-only lane and tried to make a right turn. Little cars do this all the time, and it's annoying. But when 500 million-pound Republican tanks try to do this, they usually end up destroying cars filled with black people.

(In truth, we have no idea to which race the minivan driver belonged. Anyway,) Look what he did to this black guy's car!