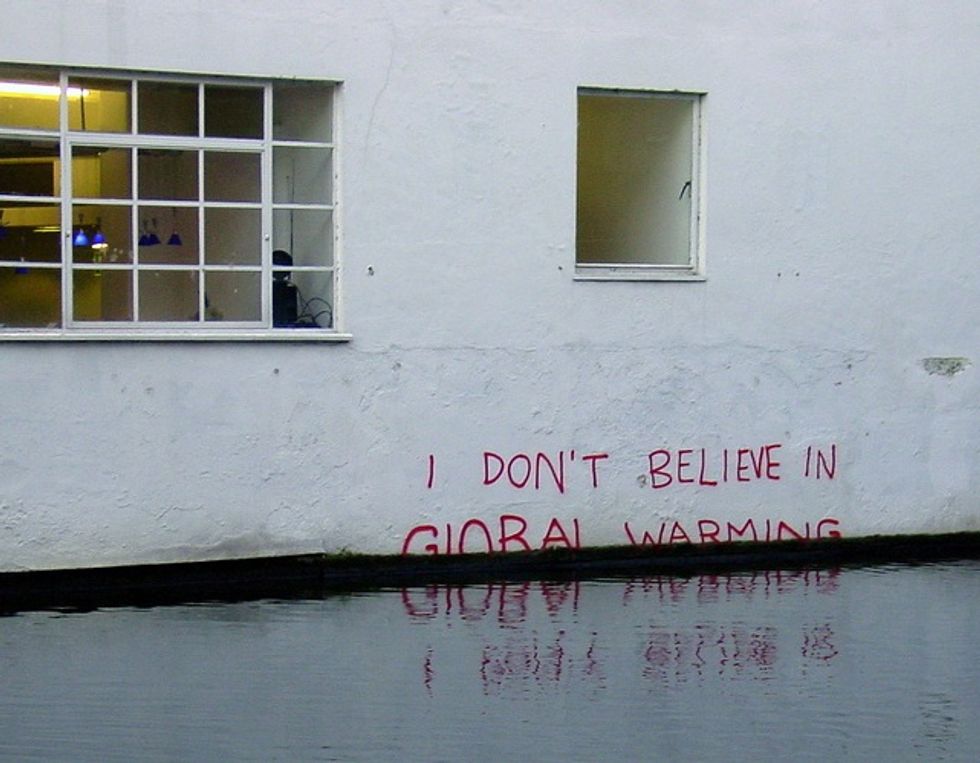 Jim Hoft, who has reclaimed his status as the stupidest man on the internet after a brief hiatus, has determined that the continued existence of winter disproves global warming. Northern India has been hit with a cold spell that has killed 175 people, which kind of sucks for them, but more importantly proves that there is no such thing as human-caused climate change. Hoft happily marshalled the 175 dead foreigners as avatars of climate denialism one day before the National Oceanic and Atmospheric Administration announced that 2012 was the hottest year on record in the contiguous United States.

Hoft took a moment to commemorate the scores of people who died of exposure by proclaiming,

"The latest temperature data shows that the planet has not warmed in the past 15 years and is likely heading to a mini ice age."

Mr. Hoft's idea of "the latest temperature data" is a January 2012 Daily Mail story that has been thoroughly debunked, although we must caution that much of the debunking was done by scientists, who are notorious for using big words and not agreeing with Jim Hoft.

In a related development, Mr. Hoft dismissed this week's record-breaking heatwave and out of control wildfires in Australia as wild exaggerations by the climate-scare lobby, noting that it is winter, for heaven's sake, and do we think he was born yesterday?

Check out Wonkette on Facebook and Twitter and even on Tumblr. And even if you aren't completely immune to using tragedy to score political points, you can follow Doktor Zoom on Twitter, also, too.