Stupidest Man On Internet Poses Stupidest Theory: Kill Trayvon Ahead Of Time So He Couldn't Make Drugs At Home 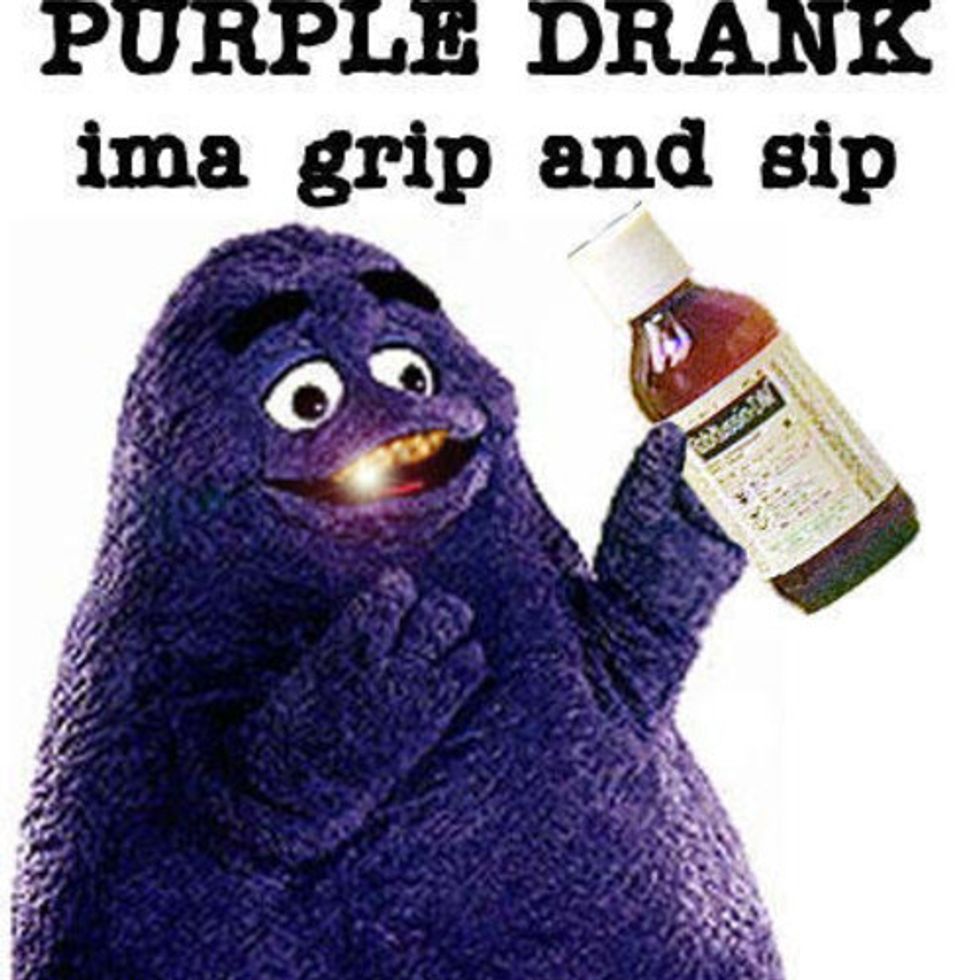 Since the George Zimmerman verdict, if you have even a tiny shred of humanity, you are feeling pretty glum that a dude walked after just stone cold killing an unarmed kid. Unless you are an idiot monster in human form and The Internet's Stupidest Man, in which case you are still flogging the idea that Trayvon Martin was just asking for it. Was it because he was black? Was it because he might have maybe smoked weed some time ever, which white people never do? Yes those, but other things also, too, like how he might have maybe kinda been buying ingredients to make some sizzurp and the only way to address that possibility is to shoot a kid, amirite?

The media has focuses heavily on the fact that Trayvon purchased Skittles at 7-11 before his confrontation with Zimmerman, but they fail to mention he was also buying Arizona Fruit Juice, both of which are ingredients commonly used to create a home-made drug called “Sizzurp” or “Lean”.

Let's break this stupid down, shall we? First off, sizzurp aka lean aka purple drank aka stuff everyone knows about thanks to Lil Wayne unless they are idiots like Jim Hoft, is an actual thing, for reals. Howevs, pretty much every bit of googling ever turns up that the only people that think sizzurp is made with skittles and iced tea are low-level conservative bloggers talking at each other. Sizzurp usually requires that you need to get yourself some soda and some jolly ranchers. The jolly ranchers add color and dissolve nicely, while skittles in a cold drink sounds gritty and chewy at best. Sizzurp also requires that you've scored some cough syrup, ideally with codeine, but Hoft must just have assumed that all black teenagers have that at home because drugs. But hey -- let's play "Let's Pretend With Jim Hoft" and decide that Trayvon was scoring sugar products to make some lean. If that was the case, then it most definitely made sense to shoot the kid, because you know what happens when you drink drank? You turn into an unremorseful killing machine! Oh wait, that's what Zimmerman is. Our bad. If you drink lean, you pretty much get sleepy, slow down, and lean over. Terrifying, we know.

Before you drugsplain in the comments, yes, yes yes sizzurp can be bad for you and it can even kill you dead, but we're still pretty certain that doesn't mean you're supposed to kill people proactively before they consume it.

Seriously, Jim Hoft, shut the fuck up. You got what you wanted. Kid is dead and your guy strolled on out. Nobody likes a sore winner, Jimmy.