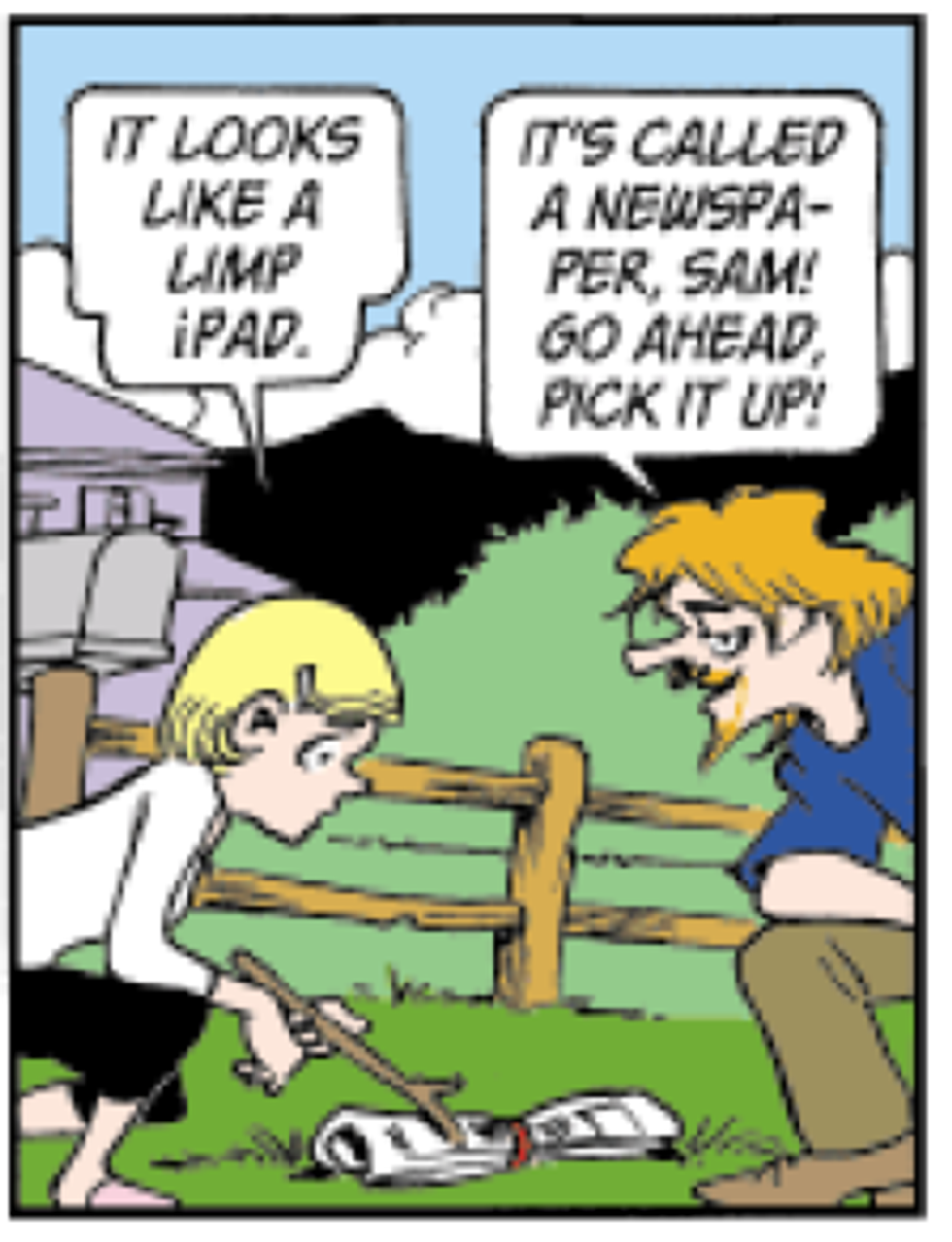 Update: As several alert commenters note, the Doonesbury strip that Jim Hoft is complaining about is a summer rerun. It originally ran on September 2, 2012, at which time the 111th Congress was still very much in session. So there you go: Not even the very minor "win" in Hoft's fact-check turns out to be accurate. (Thanks to alert Wonkette Operatives Guppy, SolitaireRose, and Kid Zoom, who phoned us, giggling, after he finally saw the strip in yesterday's paper.)

Attention Internet! Jim Hoft, the Stupidest Man on the Internet, has found a factual error in a comic strip! We're not sure what's more hilarious, Hoft's glee at having scored an actual "gotcha" against an Icon of The Left, or his contention that Doonesbury making fun of -- sorry, "attacking" -- Republicans is somehow an artifact of "the Age of Obama." Guess we'll go with the basic hilarity that when Jim Hoft finally gets something right, it's a quibble about an insignificant detail of phrasing, in what's essentially a long-form editorial cartoon, and he treats it like the Investigative Reporting Coup of the Century.

First up, the Strip In Question, which we are posting in all its Fair Use glory. See if you can find the factual error!

Did you see the mistake? The mistake that destroyed Garry Trudeau's credibility forever? The factual error that was far more egregious than the simple fact that this is some pretty lazy-ass cartooning to begin with? (Garry, we still love you, you know that, and we thank you for providing Kid Zoom with everything he knows about the 1970s, but this one is a throwaway summer strip and you know it. Also, we're still kind of pissed at you for retconning Zonker's talking plants into a mere hallucination. They were definitely talking.)

No? Didn't catch it? Let the Factfinder General Hoftsplain it for you!

The House Republicans have voted to repeal Obama’s increasingly unpopular health care law 37 times since 2010. But more than 30 of those votes occurred during the 111th Congress that ended in November of 2012. The current 112th Congress started up in December and have not voted more than 10 times this session to repeal Obamacare.

If Trudeau wanted to be snarky he could at least get his facts straight.

Unfair nitpicking, you say? Let us just direct your eyes back and to the left, to the third incriminating panel, where Trudeau clearly lies and says that all of this ineffectual Obamacare repealing has happened "this session." Lies! Lies from the pit of hell! In point of fact, the House has only ineffectually voted to repeal or limit or defund or otherwise stop the Affordable Care Act around ten times in the current session ... which has only been in office five months ... which may mean that the pace of ineffectual votes against Obamacare is increasing.  We're making a note here: Huge Ineffectual Success! (Also, since we're nitpicking, Trudeau's strip has a lead time of several weeks, so the tally in this strip doesn't even include last week's two most recent votes to kill Obamacare)

In any case, we wish Mr. Hoft well in his crusade for accuracy. Comic strips are a good place to start! We look forward to Hoft's thoughts on why Marmaduke's owners are pawns of Obama's leftist agenda. We would also like to remind Mr. Hoft that he still owes us $3150 for being a lying bastard. #payup, fucker!