Such A Vulgarian, This Teabagger 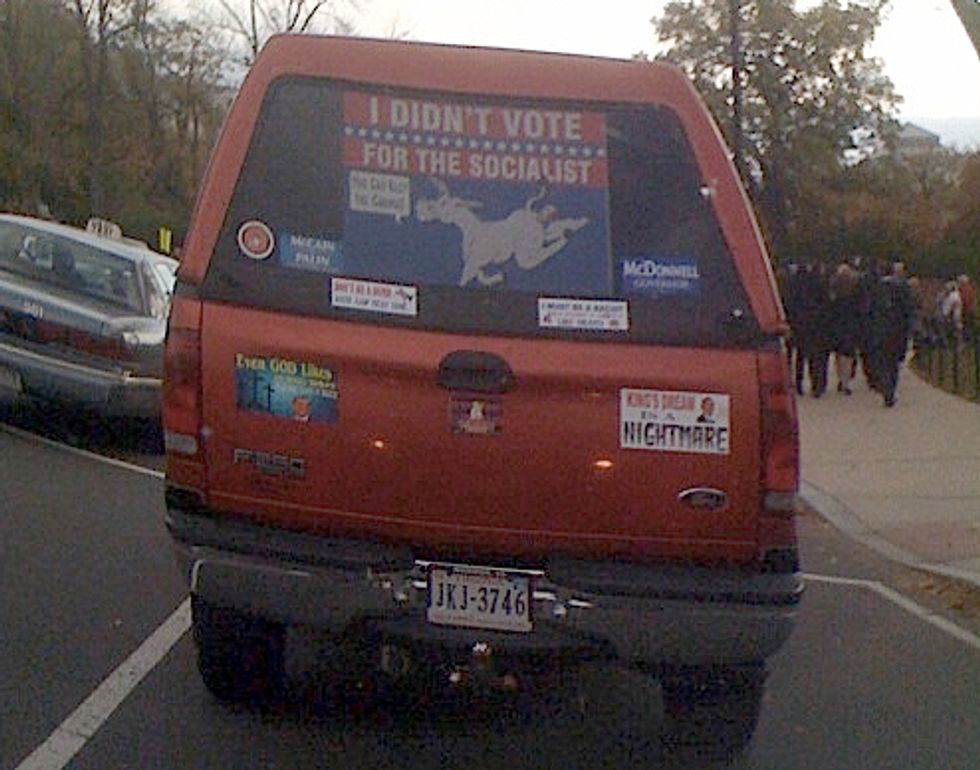 Wonkette motorist operative "Marcus" sent us this telephone picture of the ratheruncouth car he was stuck behind yesterday, during the Super Bowl of Retardation. This fellow hates Obama so much that he -- and we're presuming "he," because how unladylike! -- chose to attach a massive cut-out of a donkey shitting Obama's head on his rear windshield, at the expense of his visibility. Another sticker reads, "King's Dream is a Nightmare." Oh that silly Martin Luther King Jr., always ripe for a joke. After the jump, another wacky leftover operative photo, from a Hill office.

We all know that the whole point of yesterday's affair was to throw trash around the House office buildings and get arrested and maybe do meth at some point. Much of the trash, however, was from Dick Armey's "astroturfing" organization, FreedomWorks, which pretends to give a shit about these angry wingnuts' lives. Our Hill operative sent this picture and added, "our office just got teabagged with their lobbyist paid-for trash." Many more offices suffered a similar fate, of a bunch of know-nothing jackasses trashing their offices with rich lobbyist Dick Armey's fever dreams.

What ever happened to the good old days of lobbying, when things were polite! Some rich corporate fat cat would buy a congressman a Porsche, the congressman would vote for whatever, and America would win.