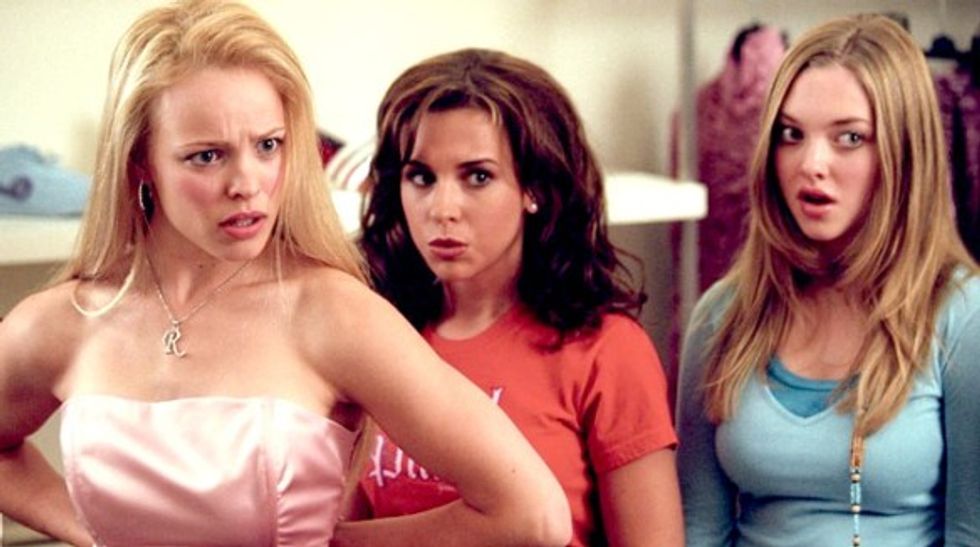 We didn't really think about what we were getting into when we suggested that this "Reading the NYT with Yr Wonkette" thing happen. Key piece of information overlooked: we would actually have to read the thing, often during peak "recovering from hangover" time. We are A Idiot. But enough about us. What's up with this week's Sunday New York Times?

We're skipping the news-y parts because it is just too. fucking. early. for that. Hrm. Magazine seems relatively harmless this week, although there's a perhaps ill-timed giant photo-spread sort of thing about all the candidates, big and small (heh. you see what we did there?) that are vying for NYC mayor. Sunday Styles has Caroline Kennedy on the front page on the eve of her ascension to the post of United States ambassador to Japan. We are not sure why this is here, except that ladies belong in the style section. To be fair, Ms. Kennedy IS quite stylish, and we'd rather read about what a gracious hostess she is and how she likes to ride the subway except when she summers on Martha's Vineyard then have to read about the other Kennedy, whatshisname, the autism-vaccine conspiracy theorist guy. Now that we've steeled ourselves with some fashion and some really terrifying close-up pictures of the motley crew of mayoral candidates, we're on to the opinion section.

Frank Bruni has a relatively harmless (we think? it was way too long so we only read the first paragraph) thing about how personal trainers are the new priests. (If this is indeed, the case, perhaps a personal trainer can come over and give us last rites because this hangover is fucking killing us.) Nicholas Kristof, don't care. Wacky article about what authors would have as their pseudonyms, don't care.

Ross Douthat. We're reading through our tears again because Jesus Christ Ross Douthat has a NYT column, so our comprehension is a little spotty, but we think it is about how Obama = Robert Walpole but Ross Douthat = Viscount Bolingbroke, who was magically conservative and populist at the same time, a veritable ponycorn of political achievement. Honestly, if you want a crash course in how to view history through your very own lens of stupid, just go read his column because we're not about to try to sort it out here. Suffice to say, Obama bad, Ross Douthat's fantasy politicians good.

We just went and did a couple shots, so we're ready for Thomas Friedman. Continuing the political fantasy theme, the Mustache has penned an ode about how he would like to be a mayor, because being a mayor is where it is AT right now, people. Mayors are the new hottness and the new black! Mayors have all the fun because the stupidheads in DC and at the state level have ground to a halt, which leaves cities and mayors fending for themselves and...ok only in the deeply fucked up brain of Thomas Friedman does that sound like fun. Perhaps this is a definition of "fun" of which we were hitherto unaware? Witness the industrial-grade level of stupid Friedman brings to the table in discussing cities in northeast Ohio:

A network of economic development organizations in northeast Ohio is “helping manufacturing firms retool their factories for new demand, using some federal dollars but also sizable investments from philanthropies.”

Ooh! That DOES sound exciting! Who doesn't love to retool with some philanthropy. Delightful! Except when you remember that the entire need for "retooling" is that those cities, like Youngstown, Ohio, sank into a grift-fueled white-flight rust-belt nightmare and are now just mebbe beginning the long slow slog of pulling out of that muck. And we can't even begin to touch the toxic level of stupid that thinks it is fun and exciting to beg private companies to give you money to run your city rather than having a tax base to do it.

Terrible as Tommy is today, he can't hold a candle to Maureen Dowd, the veritable Grande Dame of pettiness. You probably didn't want to hear about what Maureen Dowd had to say about Anthony Weiner and Huma Abedin, but guess what too bad you get to:

WHEN you puzzle over why the elegant Huma Abedin is propping up the eel-like Anthony Weiner, you must remember one thing: Huma was raised in Saudi Arabia, where women are treated worse by men than anywhere else on the planet.

Comparatively speaking, the pol from Queens probably seems like a prince.

What is the worst thing about this, actually? Is it the anti-Muslim bullshit? Is it the fucked-up funhouse mirror of what Maureen Dowd thinks is feminism? Is it the fact that she still thinks people use the clubby term "pol?" ALL OF THEM, KATIE. Worse still, quoting anonymous sources and generally sounding no different than the National Enquirer:

Huma’s friends are “slapping-my-forehead astounded,” as one put it, that Weiner would get in the race knowing the online land mines that would rock Huma’s world again and torpedo the campaign...

Her circle understands that “you love who you love,” as one put it, marveling at Weiner’s “madonna-whore” complex played out online...

They are worried that Huma’s decision to vouch for her husband is starting to hurt her, the one person they all assumed would never be ensnared in anything weird or bad. “The hard stink of this one is going to get on everyone involved,” said one friend.

Another agreed: “As soon as she stood up to say those words she changed herself from a sophisticated, mysterious guiding intelligence and beauty next to Hillary Clinton to the wife of a tarnished Anthony Weiner.”

We'd just like to say that when we have our inevitable sexting scandal (and oh, we will, we will) that we hope the people that crawl out of the woodwork to talk about us do not ever use word salad like "sophisticated mysterious guiding intelligence." However, since that friend and their florid phrasing spring only from the fevered imaginings of Ms. Dowd, we're probably safe. (From the word salad part. Not the sexting part. That's just inevitable.)

Reading Maureen Dowd is like paying one of the Mean Girls to write columns for you forever and ever. At this point Dowd's tone is pretty much only good for writing notes and passing them down the row in first period math: haha huma her husband cheats on her prolly because she's a furriner also she pads her bra and has her period. Now remember that she probably got paid more to write this than you made this month and bathe the earth with your tears of rage.