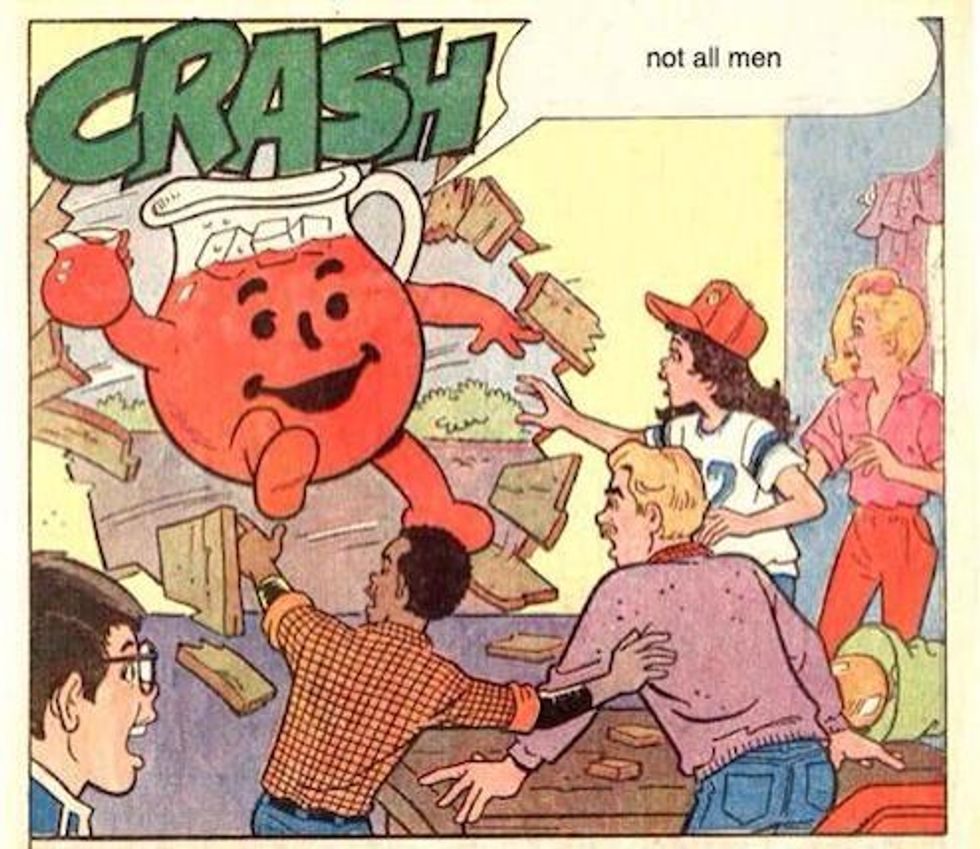 As it damn well should, the Times leads with the horrific shooting in California Friday night, but nothing about the Times's dispassionate reporting style can capture the godawful misogyny that is at the core of Eliot Rodger's murderous rampage in Santa Barbara. To its credit (?), the Times does link to Rodger's full manifesto, which is a document that oozes hate for women, that causes the hair on the back of your neck and your arms to prickle with sick recognition: this might be mental illness, but it is an illness that is not unfamiliar to women who routinely and disproportionately are the victims of harassment, neglect, violence, and death at the hands of men. Rodger's actions were an extreme manifestation of a cultural view that is not actually uncommon: that women "owe" men attention, that women who don't put out are bitches, that women who do put out -- for other guys, of course -- are sluts, and all these women get what they "deserve" -- violence from men.

Sorry, there's actually nothing funny in that intro, but fuck if we've got something funny to say about this.