Sundays With The Christianists: A ‘World History’ Textbook For Your Home-Schooled Darlings 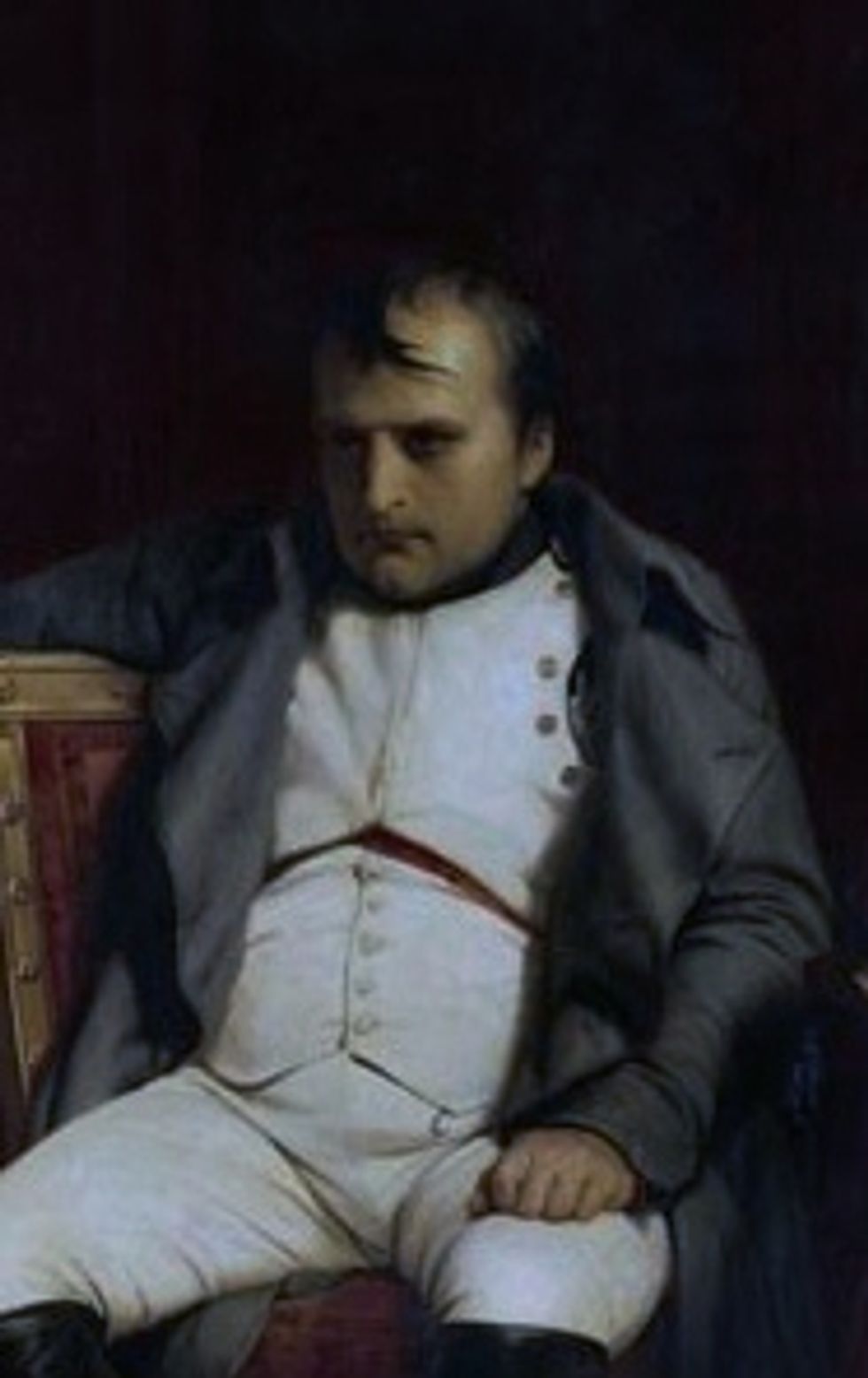 Welcome back, hearty Time Tourists, to our continued explorations of a 10th-grade textbook for homeschoolers, World History and Cultures In Christian Perspective (A Beka Book, 1997). We're up to the 18th century now, so you know what that means! The Age Of Enlightenment, that heady time when brilliant thinkers like Locke, Voltaire, Rousseau, Jefferson, and Paine freed the human mind from the darkness of superstition and tyranny, bringing a new spirit of egalitarianism and liberty! Or, more likely, tyranny, atheism, and death!

As the editors of World History would have it,

The Enlightenment was a movement that attempted to apply unaided human philosophy to all areas of man's life in order to establish a new social order. In their quest for a "perfect" society, the philosophers of the French Enlightenment denounced Christianity and attacked the traditional institutions of home, church, and government.... Reacting to the superstition, hypocrisy, and cold formalism of the Roman church, the Enlightenment philosophers rejected Christianity entirely (p. 304).

Oh, right. It must actually have been pretty awful, then, mustn't it?

In a strange editorial decision, World History actually places its chapter on "The Enlightenment and the French Revolution" ahead of its chapter on the American colonies, the "Great Awakening," and the American Revolution, even though the Declaration of Independence preceded the storming of the Bastille by 13 years. This break from linear narrative seems to be solely for the purpose of underlining the text's insistence that the French Revolution represented godless humanism run amok, while the American break with Britain "had the benefit of righteousness, a characteristic that always brings God's blessing" (p. 339). (We wonder how many 10th graders get the impression from this book that the American founders learned from those bad French guys' excesses and did their revolution right.)

So just how terrible was the Enlightenment? Well, look at those terrible philosophes, which is French for "Jesus-haters."

You will no doubt be astonished to learn that we are given no details about any of this, but it is reassuring to know that Voltaire lost that one.

And did we mention that the English weren't filthy Papists? That's really very important. We also look forward to an explanation of how modern Japan, for just one example, has a thriving representative democracy despite its utter lack of Biblical Christianity, while Uganda, which is run by Bible-believing Protestants, is kind of, you know, fascist-y.

So anyway, the French, inflamed by all this atheistic enlightening (oh, and a buch of monarchical badness played into it, too), have their little revolution, whose motto is "Liberty, Equality, Fraternity, or Death," (which is historically accurate, and scary because atheists, whereas New Hampshire's [we r dum, sorry] license plates are inspiring). And then comes Robespierre, the Terror and the guillotine. This was all due, of course, to Enlightenment atheism:

It is no coincidence that the Reign of Terror was bloodiest at the same time was at its peak. [citation needed] ...Radicals in Paris declared that the Revolution would not be complete until it had "dethroned the King of Heaven as well as the kings of the earth." (p. 310)

Needless to say, the text does not explore the possibility that the French revolutionaries were ideologically-crazed zealots infected with an absolute certainty of their own righteousness. It was the atheism that done it. But what other horrors unfolded?

To avoid dating history by the birth of Christ, they declared the year 1792 to be the Year I ... weeks were declared to be ten days long rather than seven ... It is said that people and even horses were physically unable to cope with ignoring God's law of one day of rest in every seven. The revolutionaries also devised a new system of weights and measures, the metric system, because the old system reminded of the kings and aristocrats who had established it (p. 309).

The editors don't actually say that right-thinking Christians must reject the Godless metric system, but we have to admit this is literally the first time we've ever heard that a system of weights and measures was mostly the product of spite.

And then there's Napoleon. Just to make sure there's no mistaking him for a hero, World History eschews the most familiar paintings of the self-crowned emperor, and instead uses a severely-cropped version of Delaroche's 1845 "Napoleon Abdicated in Fontainebleau," and for good measure, gives it a good OJ-ing (Horatio Nelson, "considered by some to be the greatest naval hero the world has ever known," gets a nice traditional history-book portrait). We are unsure whether the editors hate Napoleon more for being a tyrant, being French, or for making peace with the Pope. Haha, don't be silly, it's all of the above.

And so, to sum up, ABSOLUTELY NOTHING GOOD resulted from the Enlightenment or the French Revolution:

The French Revolution gave the world an illustration of the consequences of humanism and the rejection of Christian values and morality. The people of France sought rights without responsibilities, liberties without restraints, and the result was bloodshed, anarchy and ultimately tyranny. Although the majority of the world’s great statesmen and thinkers who lived at the time recognized the moral errors of revolutionary France, many people have romanticized it over the years since, particularly socialists and others who saw in it the great potential to institute radical changes over a short period of time (p. 316).

Thank goodness we are finally finished with those icky French! You will be delighted to know that the very next chapter of World History is titled "England and America: Quest for Freedom."

Next week: Jesus hands the Constitution to George Washington while personally helping to sew the flag.