Sundays With The Christianists: Sex Education For Your Date With Jesus 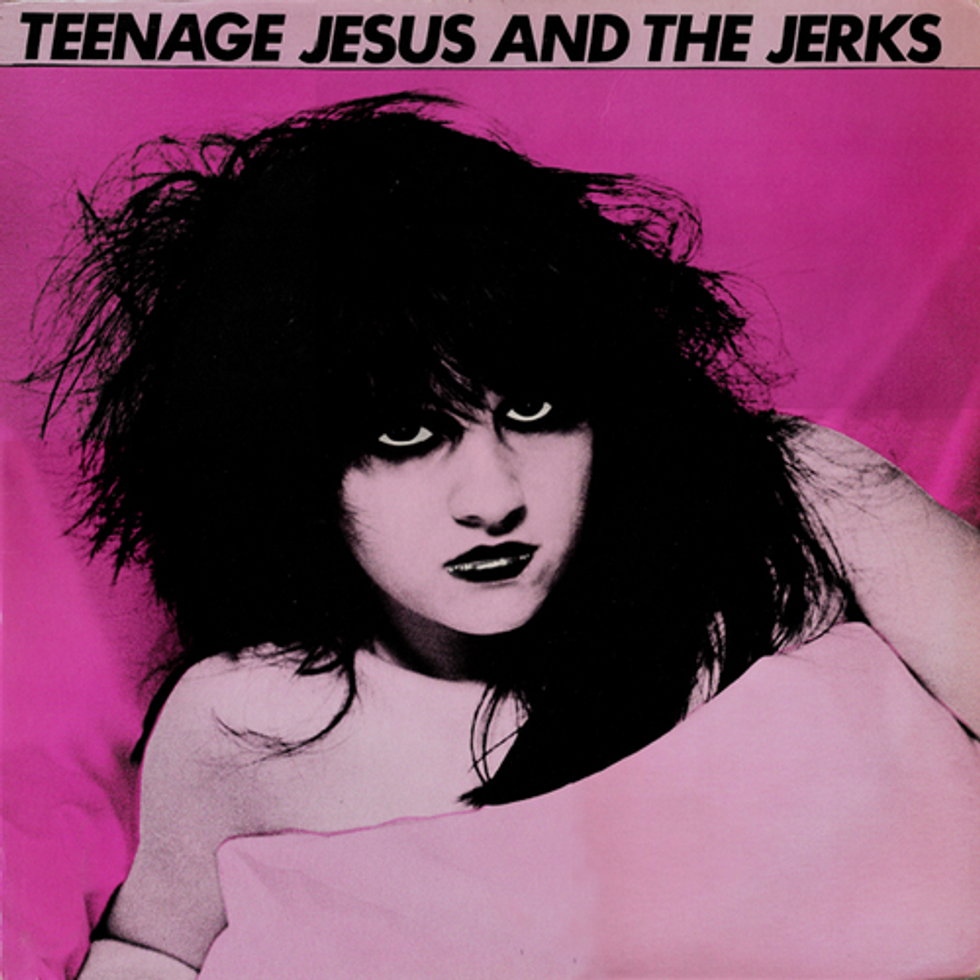 Greetings once again, you filthy sex poodles! Did you know that Jesus is really concerned about that pagan you've been palling around with? In this week's visit toChristianist Sex Ed Books, we'll have a few words about dating, especially about the pitfalls of getting tangled up romantically with people who are not Christian, or even the Wrong Kind of Christian.

Both of our Christian sex-ed books, the almost-sane Facing the Facts by Stan and Brenna Jones, and the completely gonzo Sex, Love and Romance by the mellifluously-named Hugh F. Pyle, remind readers of the wisdom of 2 Corinthians 16:

Be ye not unequally yoked together with unbelievers: for what fellowship hath righteousness with unrighteousness? and what communion hath light with darkness?

The Joneses take a practical approach:

We believe it is very important for Christians to seriously date only other Christians. You can see why this makes sense: the longer you date someone, the more involved you become with that person. Sometimes you become so interested in this other person that you don’t have as good judgment as you should. Be careful about continuing to date a person who does not share your faith; you may help that person’s faith grow stronger, but he or she may help your faith grow weaker. And the weaker your faith, the poorer the choices you might make. If the other person is a Christian, you have a good basis on which to get to know him or her further.

Hugh Pyle doesn't bother with all that namby-pamby overthinking and gets right to the point: in a chapter with the straighforward title "Don't Marry A Pagan!" he warns,

It is always best to select your close friends, or your dates, from people who are in God’s family. God forbids a saved person to marry an unsaved person...The Israelite father or mother was never to permit their children to "make marriages" with the pagans around them (Deut. 7:3-4), because the unsaved partner would turn the believer away from God to "serve other gods," and thus the anger of the Lord would be kindled against the believer...Someday when you begin to look for a mate, look in your "own tribe." Don’t date a pagan, and you’ll not end up marrying a pagan... For a Christian to marry an unsaved person is outright disobedience to God and will cause only heartache, anguish, and marital problems.

Needless to say, such well-intentioned injuctions to stick to your own kind will inevitably be disregarded, resulting in any number of John Hughes movies.

As to the realities of dating, the Joneses seem resigned to the fact that they are talking to actual teenaged human beings, and try desperately to give advice that might be followed. They even admit that the Bible has limited utility for guidance, which may make them backsliders in Pyle's eyes:

"Dating" as we know it did not exist in the times the Bible was written...Marriages were arranged, which means that parents would make the decision about who their children would marry...In that ancient culture God didn’t need to speak of rules for how people should behave when they dated, because they didn’t date.

Unfortunately, God's People (U.S. Americans) must nonetheless apply those sheep-herders' moral code to a culture in which boys and girls may end up parked somewhere in an old Chevy with Godless popular music on the radio, so there has to be some way to apply the Bible to all that:

[The many ways] in which people touch each other without having sexual intercourse are called "petting." This is an awkward name. We usually think of petting pets, not people. As you listen to other kids talk you may hear other slang words that mean the same thing as petting.

What does God think of petting? As we said already the Bible doesn’t give any direct rules about petting. But in Matthew 5:27-30, Jesus talks with great seriousness about the problem of "lust." He emphasizes that the Bible speaks against people having sex with someone they are not married to. Then He goes on to say, "But I tell you that anyone who looks at a woman lustfully has already committed adultery with her in his heart." By this, Jesus seems to mean that what we do with our thoughts and in our hearts is just as important as what we do with our bodies. We should do more than just keep our bodies from doing things

that break God’s rules; we should also try not to have desires or thoughts about breaking God’s rules. These words of Jesus suggest that it is very unwise for teenage couples to engage in petting...

Lastly, petting can be dangerous simply because people who do it often get very sexually excited, and when they are excited they do not make good decisions. A teenager may feel very confident that she should not do petting or have intercourse. But if she starts some petting with her boyfriend, she may find herself thinking, This is so exciting that I bet I can handle a bit more... and a bit more than that.... Many teens who wind up having sexual intercourse were not planning to do that before they got going in petting.

Once again, Hugh Pyle cuts through all that thinking and logic and gets down to the important stuff, which is that if it feels good, it is evil. We also can't help but think he would find the passages above entirely too titillating for good Christian boys and girls to read, when the Joneses should simply have been shouting "NO!" a little more loudly:

Fornication is not to be even once mentioned among the saints of God. For what people talk about, they think about, and what they think about, they are more easily tempted to do. In other words, no Christian should ever get involved in sex lust or sexual involvement before marriage, and it should not even be discussed...

Fornication is not to be once named (or considered) among God`s children. It is filthy and along with it goes other kinds of filthiness (Eph. 5:3-5). People who look at that which is filthy, tell dirty jokes, or listen to filthy music will soon be filthy and will be engaged in the terrible sin of fornication.

"No whoremonger nor unclean person has any inheritance in the kingdom of heaven." People who do such things testify that they are in darkness, but Christians are the children of light. We are not to have fellowship with the unfruitful works of darkness, and it is a shame to even speak of the things that are done by such people (Eph. 5:5-12). There are some things that we should not even discuss with others.

We must confess, we are a little curious about what might happen if Hugh Pyle were given a list of terms and definitions from Urban Dictionary.

Next Week: A few final thoughts on you communist preverts and all your disgusting, dirty, filthy, steamy, hot, provocative, throbbing, bulging Un-American preversions.

Join Doktor Zoom at noon Eastern on Tuesday March 5 here on Wonkette for our Book Club livechat with Andy Carvin, author of Distant Witness: Social Media, the Arab Spring and a Journalism Revolution. You still have time to buy and read the e-book!