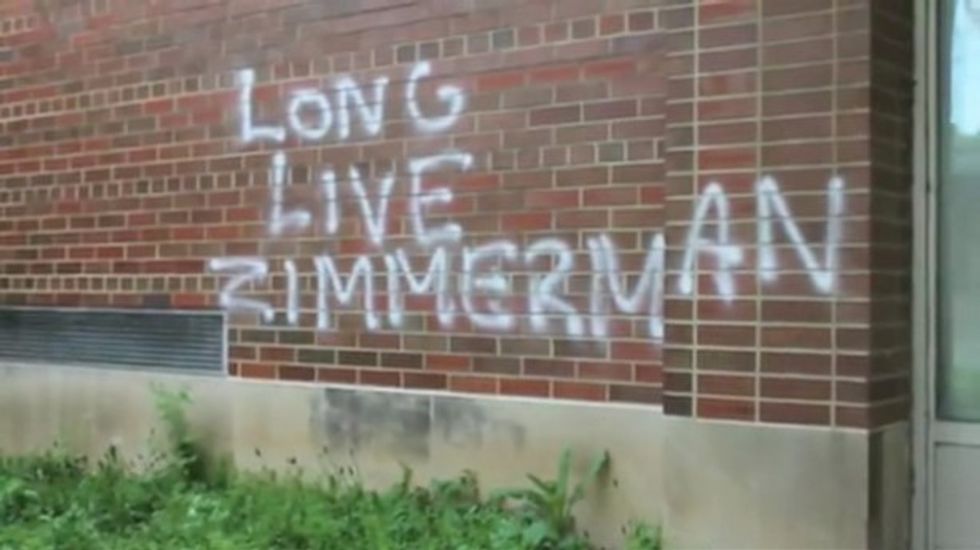 Tucker Carlson's Daily Caller has aSCOOP you guys! Someone in the Zimmerman family wrote a letter to Attorney General Eric Holder, explaining they are not racist and saying the only reason Eric Holder hasn't arrested the New Black Panther Party is because Eric Holder is black, and all blacks are always sticking together and doing other black things (probably mostly murdering white people, conspiring against white people, hate-criming white people and stealing stuff). Plus, did you know Marion Barry said some shitty stuff about Asian people? It's true, he totally did that! Marion Barry sucks, so probably all other black people do too, it's just science.

You could see why the Zimmerman family would be cheesed off about the New Black Panthers putting a bounty on George Zimmerman's head. It is actually scary, instead of fake-scary like everyone shrieked and fainted about when all of two (2) New Black Panther dudes showed up at some polls one time and stood around bein' all black. But they have a super weird way of showing how not racist they are?

Even though many feel that great strides have been made in race relations (we do have a black president), situations such as this make me wonder if this is indeed the case. There is the appearance of racism in every way this has been handled, and it is not coming from the supporters of George Zimmerman.

It is absolutely coming from the supporters of George Zimmerman. Also, that picture, on your Jukt Micronics website? That is a black community center that has been vandalized by your supporters. Oops?

Many people that I know (and many that I don't) believe that racism is the only reason this group has not been rounded up yet.

“I would surmise that, based on your own definition of a hate crime, you have chosen not to arrest these individuals based solely on your race.”

Then the unnamed family member says the administration wants to foment a race war.

"[I]t sounds like an administration that condones this type of behavior and only wants to further the race problem [for] whatever reason."

We get it, we get it, stop you are murdering us. You are not racist, you just think the blacks in charge of the country are out to get whites and start a race war. Not racist. Got it. Ace job Zimmerman family member. Very well done! [DailyCaller]