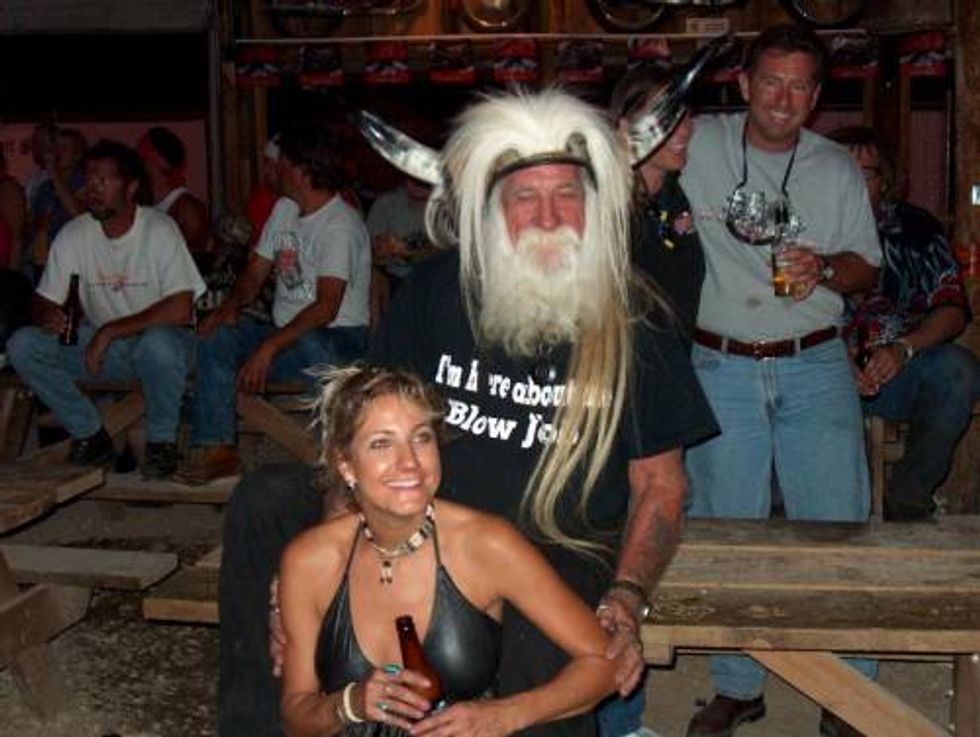 You guys we are SUPER into Mens' Rights Activists (MRAs) lately. They're just such a complete protein source of anger and hilarity. Yes, MRAs are out to change the world bystanding their ground (WITH WORDS, DUMMY) and boycotting places no one wants to go anyway, like KFC. They're not just gonna boycott places, though, nosiree. They're stone cold suing places that let hot ladiez in but fail to let in creepy old dudes because no one wants to sex them because freedom and also, too, Rosa Parks:

Manhattan Supreme Court Justice Alexander Hunter wrote this week that Roy Den Hollander was not the victim of age and gender discrimination in 2010 when a bouncer at Amnesia nightclub told the 66-year-old to pay up, while letting a young lady in for free at the same time.

"They all pull the same thing: 'These guys got gray hair, let's charge them some money,'" said the crusading barrister. "They're doing the same thing they did in the Deep South back in the 1950s. Having to buy a $350 bottle of watered down vodka – that's the 'sitting in the back of the bus' for us!"

Yes, having to pay for a bottle of vodka is EXACTLY THE SAME as brutal systemic racial oppression. Everyone knows this. Everyone also knows that there is a god-given right to get into any club in Manhattan that you want and that no one should ever get VIP bottle service for free if you cannot because Abraham Lincoln freed the slaves. Or something.

But hey! Mebbe this dude is an otherwise stand-up guy who would really bring a lot to the club scene, right? Nope! He's pretty much the platonic ideal of That Dude in the bar that won't stop bothering you:

He said revealing his age would mess up his game.

"If I'm hitting on some young girl at the club – and I won't be hitting on an older one because they don't look as good – if she knows how old I am I'm not going to be able to exploit her infinite capacity to delude herself into thinking I'm younger," he said.

Also, too, ladies, he's not just your new Rosa Parks. He's also going to take a hatchet to your favorite bars because then will you love him?

"I'm beginning to think it's time for vigilante justice – civil disobedience," he said, elaborating that he "may pull a Carrie Nation on the Ladies' Nights clubs."

Carrie Nation, who died in 1911, was a radical member of the temperance movement who vandalized bars with a hatchet.

Oh, well then. Bars are SURE to let you in now and comp all your Stoli, dude, because you really bring a lot to the table. Posting will be light the rest of the day because we'll be super-busy fapping to thoughts of this guy.