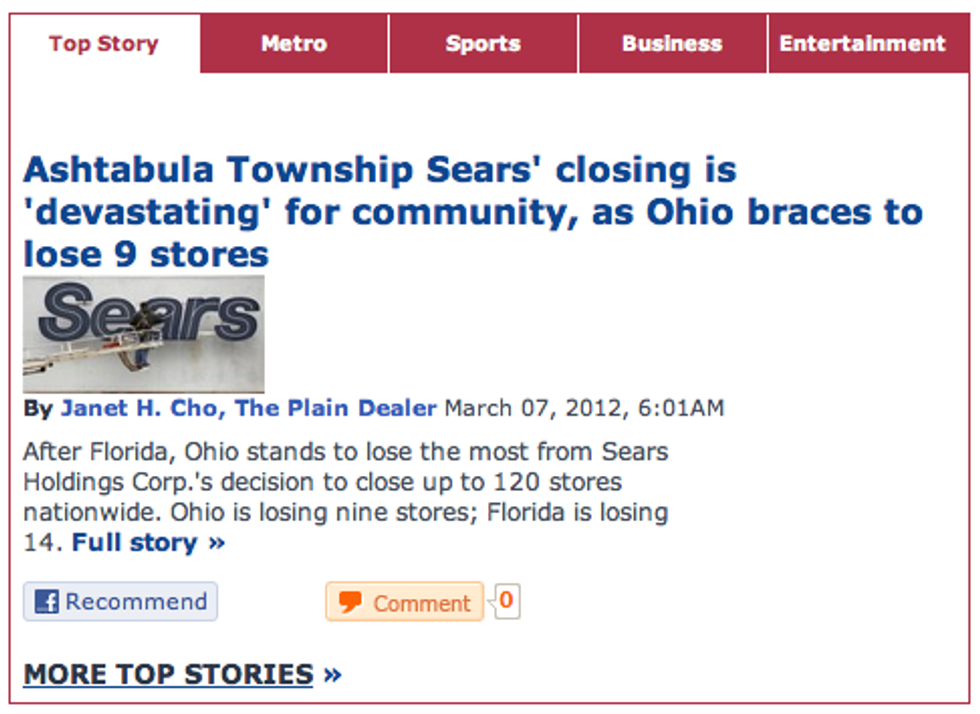 What's up, Cleveland Plain-Dealer? Pretty exciting night, there, yes, with your still hanging chads or somesuch but "advantage Romney," certainly what ho? So many exciting Politics in O-hi-o, with Elf Queen Consort Dennis Kucinich losing his fabled place in the hearts of Hippie-Americans as Keebler cookie-maker-in-chief to nice lady and new Elvish Queen Marcy Kaptur. Heryn ohtar lalaith! Kaptur will go on to fight Sam "Joe" "The Plumber" Wurzelbacher to the death, in the Capitol, for the glory of the coalminers in District 13. Then also too Mean Jean Schmidt lost the House seat she had defended with Rottweilers, a miniature Pinscher, and "liberal" smearings of American veterans and armed forces, like so:

In November of 2005, she gained fame (and infamy) for her floor remarks attacking Rep. Jack Murtha (D-PA), a Vietnam veteran who had recently called for an orderly U.S. withdrawal from Iraq. On the House floor, she declared in a message to Murtha, “that cowards cut and run, Marines never do.”

Then she put on two purple heart Band-Aids, on her nipples, and danced a cha-cha, because the wounds of war are hilarious to Republicans, all the time.

With all those many interesting (?) happenings in the realm of voting and government, and the next four years (if for some unaccountable reason 2012 doesn't wipe us out as we are so dearly hoping) here is what the front page of the Plain-Dealer's Internet Web Site, cleveland.com, looked like this morning.

Heckuva job, you, whoever you are. Really, really, hats doffed good sir.