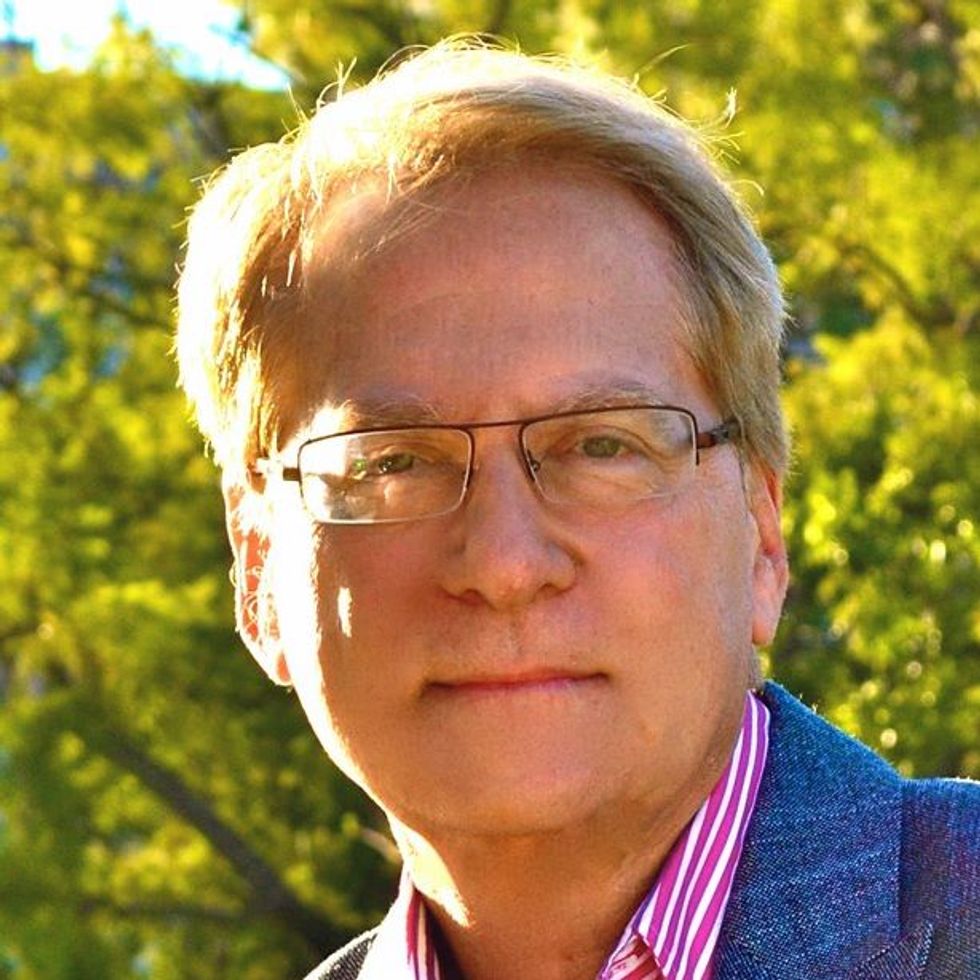 Well, here is something you hear every day, if you are listening to superlawyer Larry Klayman: It is time to "legally, peacefully" "destroy" the Left and "put them in prison."

Here, let me help you up off the floor.

Remember all those times President Barack Obama forgot to put people in FEMA camps, even though Larry Klayman PROMISED he would, in addition to making people "white slaves," by having them work FOR A BLACK MAN? It seems old Larry, who is very good at "legal," might have been projecting a tiny bit.

After Attorney General Jeff Sessions said last week he was open to an investigation -- of the Obama Justice Department -- Larry Klayman really wanted to get in on the action.

“I commend Attorney General Jeff Sessions,” Klayman said, “and I hope to work with him in this noble goal. This is just round one. It’s time that the evil forces of the left be legally destroyed. In this world that we live in today, it’s either them or us; the two of us cannot live side-by-side. One is going to have to go, legally, peacefully. But these people who are trying to destabilize the Trump presidency and not have this country be made great again, frankly, they need to be thrown in prison.”

Perhaps you were under the impression that in the United States, it is not halal to say things like "it's either them or us" about other Americans, seeing as how it carries that vague whiff of Hutu v. Tutsi. If that's the case, you probably also thought that it would be ... let's call it "ineffective" lawyering to call a judge who ruled against you "a woman scorned" and explain that other judges who ruled against you just did so because they are Jews.

You may have been right once, but NOT IN TRUMP'S AMERICA, BOYOS! Here, all judges are either Mexican or Jews or "so-called." So Larry Klayman, superlawyer, finally has a forever home!

Good luck with your mass internments, Mr. Klayman! Just think how many jobs constructing "camps for 66 million people" will be! AND how many jobs will open up in the academy, and Hollywood, and anywhere people have to know stuff good, like, say, the Department of Energy, or the federal courts!

Won't it be nice for them once we're all gone? They can go to movies produced by either Kirk Cameron or Dinesh D'Souza and starring Janine Turner or Victoria Jackson (sorry!), and study law at that Noah's Ark theme park, and all get their hair done by whoever this "Modest Mom" thinks is okay to be a hairdresser (spoiler: it DEFINITELY ain't no gaysexual!), and just generally have a lovely, liberal-free life.

Oh my, won't it be fun! And don't worry, sisters! There'll be lots of good jobs for women, too!

See you in the camps!

Wonkette is ad-free and supported only by prison-bound people like you.