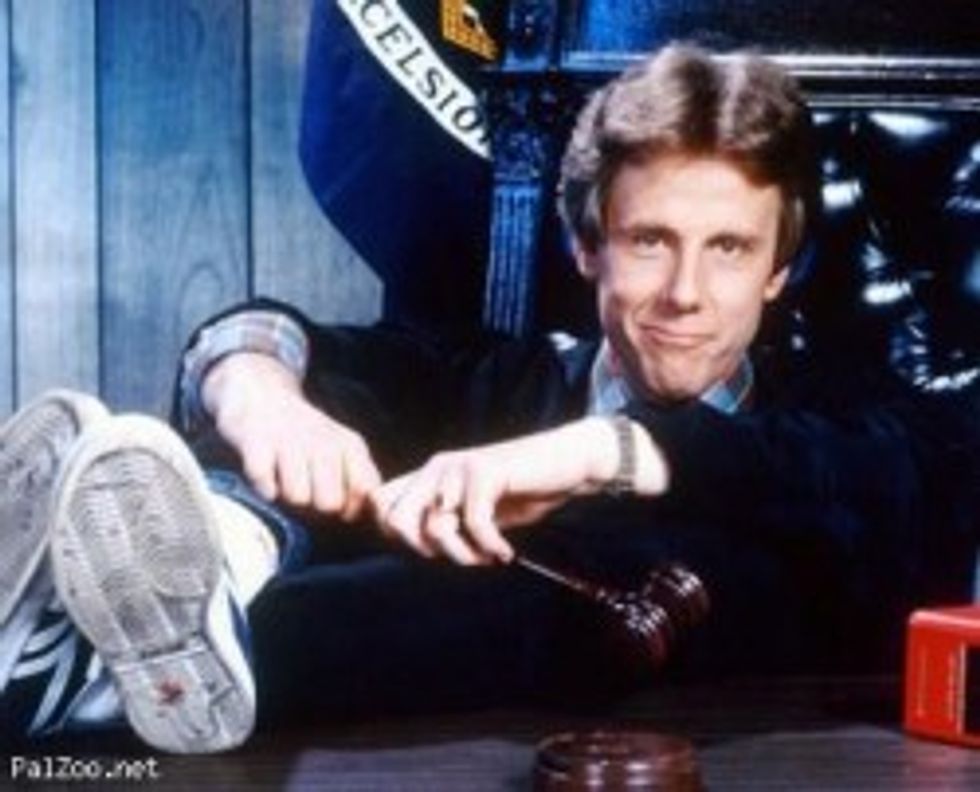 Did you spend your morning watching other people watching some people on twitter watching some people on liveblogs watching the Supreme Court? US TOO! Because of that, we have some super-nuanced really well-developed thoughts on the cases that came down today. HAHAHA we do not, because we are just writing this off-the-cuff through a haze of morning alcohol. First things first: we do not yet know if the gays can get married or the blahs will be able to actually vote in a meaningful way. Those questions are for another day like tomorrow or Wednesday or Thursday.

We are also TOTALLY SKIPPING some of the cases from today because we do not care and were not paying attention. The things we did pay attention to we did not like at all, thankyouverymuch.

Everyone was waiting with bated breath (which, when you think about it, is a TERRIBLE turn of phrase) for the decision in Fisher v. University of Texas. Not familiar? Get familiar! White girl has a sad because she can't get into UT Austin like daddy always told her she could, because apparently now UT Austin actually wants the browns and blahs to be able to attend too. UNPOSSIBLE. So white girl sues, and we all sit around and wait forever for the Supremes to do what we know they want to do SO HARD: completely gut affirmative action programs. Did they do that today? No they did not do that today, because instead they did a confusing thing:

The 7-1 decision was written by Justice Anthony Kennedy, considered the crucial swing vote on the court, particularly on issues involving race. Kennedy said the University of Texas at Austin's affirmative action plan could withstand constitutional scrutiny only if the university could prove that "no workable race-neutral alternatives would produce the educational benefits of diversity."

But the justices on Monday declined to answer that question. Instead, they said that a lower federal court had failed to ask the question in the first place, and sent the case back with instructions to determine whether the university could come up with evidence to meet that exacting new standard.

Th' fuck does this even mean? We don't know because we are not a lawblawg, we just play one on teevee. We know that it means that it is Justice Kennedy's world and you just live in it, bitches. We also think it means that we we will do this whole thing again in another two or three years when this case makes its way back up to the Supremes again, as all this decision really does is kick it back down to a lower court with some thinly veiled instructions to fucking get it right this time and do it the Justice Kennedy way. Tune in to yr Wonkette in about 1000 days for updates!

The Court wasn't content to just signal that it is going to some day get rid of errybody but the pales in higher education. Nosiree they also took the opportunity -- twice! -- to completely fucking stick it to you if you have the good fortune to be employed and the temerity to actually want rights while employed.

First up is Vance v. Ball State.Vance is a fun little number where a blah lady person wanted to go to work and not have a terribly-behaved white lady person make her life hell by taunting her, threatening her, and generally making her life miserable. Seems reasonable! Terrible white lady actually had the right to tell Ms. Vance what to do day-to-day, and therefore Ms. Vance believed that terrible white lady was the boss of her. The court said naw mang, only someone that can hire or fire you is the boss of you and therefore your employer can never be at fault and suck it up princess:

In a 5-4 vote, the court held that catering assistant Maetta Vance, who is black, could not sue Ball State University over the alleged taunts and threats made by a white colleague who Vance considered to be her supervisor.

The court concluded the colleague could not be considered a supervisor under Title VII of the Civil Rights Act of 1964...

Vance had argued that a supervisor was anyone with day-to-day oversight of an employee's activities, while Ball State said a supervisor must have the power to hire, fire, promote, demote, discipline or transfer the employee.

Plain Wonklish Translation: good luck suing your employer ever again on a harassment claim, because now your employer can just say "oh hey, that person isn't a supervisor! She's just someone that wandered in off the street and told you what to do, but that isn't our fault, ipso facto, QED, good day I SAID GOOD DAY!"

BUT WAIT THERE'S MORE! More suckage if you actually need a job, which of course you do, you poor slob. So if you can't sue your terrible boss for letting people harass you all day every day, maybe you can at least not get fired for pointing out that you are being harassed? HAHAHA OF COURSE NOT STUPID.

In UT Southwestern v. Nassar, the plaintiff was dumb enough to complain about racial and religious harassment and expect that he wouldn't get screwed over for it. SILLY LITTLE MAN OF COURSE YOU WILL:

Parkland Hospital withdrew Dr. Naiel Nassar's job offer after a former university supervisor opposed it. Nassar got $3 million in damages after saying the medical center retaliated against him for his discrimination complaints.

The medical center said the jury was told it only had to find retaliation was a motivating factor in the supervisor's actions.

Justices said the jury should have been told it had to find retaliation was the "but-for" reason behind the supervisor's actions.

Plain Wonklish Translation: If you complain about a thing you actually have the right to complain about, a list that gets shorter and shorter each day, you can still be fired and/or dicked over for complaining as long as there's another reason for firing you or dicking you over! Can you smell the freedom??

Hope you enjoyed your rights, workers, 'cause they are ALL GONE. Hope you enjoyed our super-long recap too. Tune in tomorrow for more disheartening Supremes news, as new opinions come out at 10am Eastern and we're all eagerly waiting to learn what fresh hell awaits us.

[Side note of extreme importance for nerds: As always, all glory to SCOTUSBlog for actually reading and caring and explaining this shit.]