Surly Clinton Voters Don't Even Like Hillary Clinton That Much 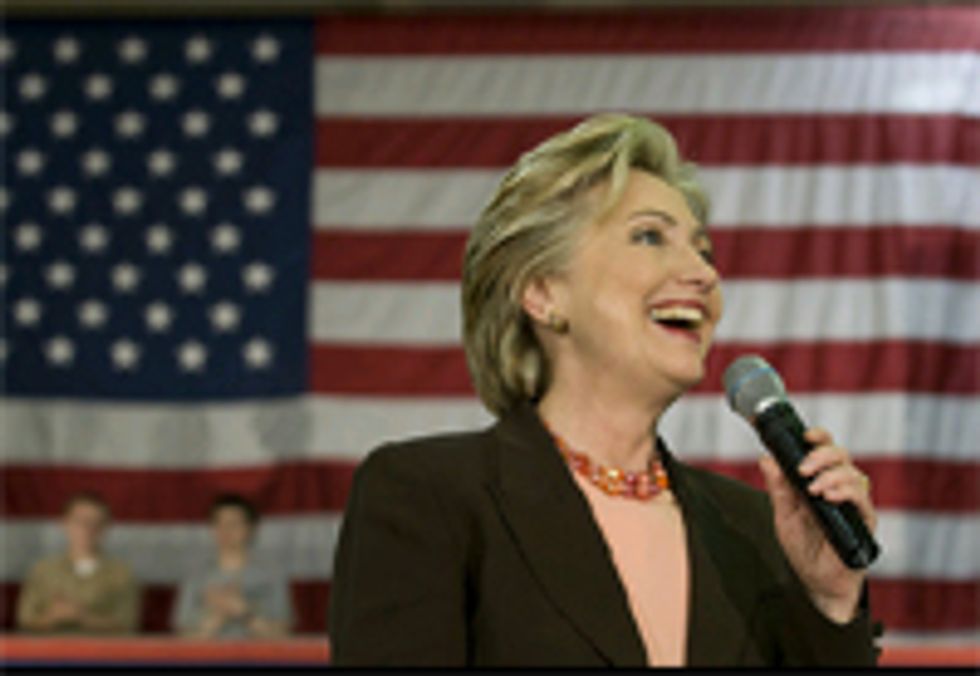 People keep on wondering why Hillary Clinton can't convince her 18 million ceiling-cracks to get with the program and support Barack Obama. Well, it appears that these angry, bitter old white people are so full of insane rage and hate for everything that they don't even really care for Hillary Clinton -- they just hate her a little less than Obama -- so they aren't going to be bossed around by that gal.

The Observer's Steve Kornacki suggests that many primary voters were never really into either Democratic candidate -- they just hated the other person so much that for the first time in their adult lives they heaved their be-stirrup-pantsed asses off their sagging couches in the middle of Oprah and drove in their foreclosed Geo Metros to their polling station so that the other candidate wouldn't win.

Ever since Obama clinched the nomination, all the fun's gone out of it. And so Clinton voters have by and large returned to their natural habitat, in front of the teevee, eating the last unpopped kernels of popcorn out of their microwave bags. If Hillary Clinton tells them to vote for Obama, they'll all just say, "But that meerkat show is on Animal Planet," and then they'll go back to resentfully scrapbooking.

Obama and the Democratic Unpersuadables [Observer]