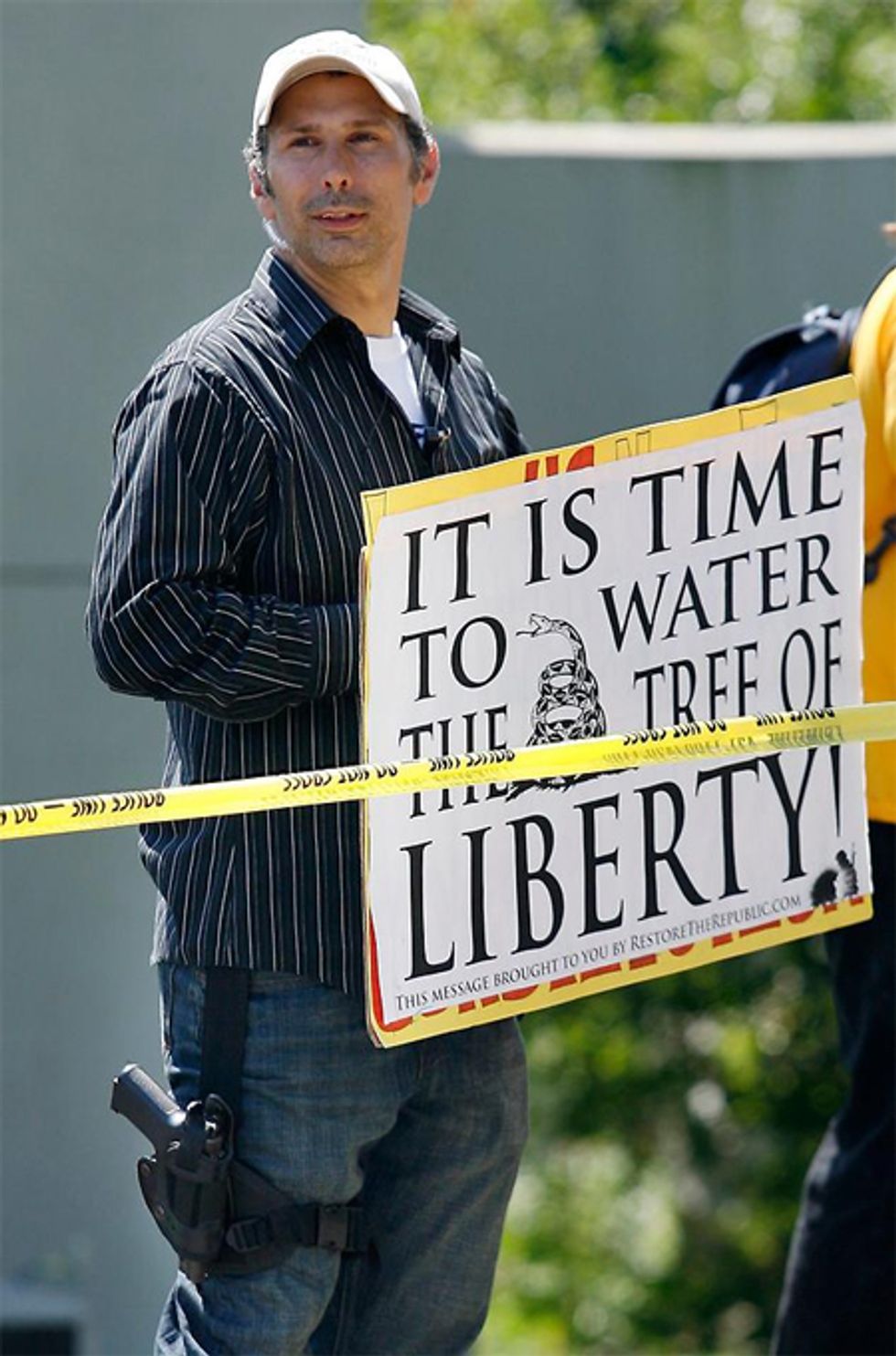 Here's something that's sure to make wingnuts scream about reality's liberal bias. A new study by the New America Foundation concludes that since 9/11, white rightwing terrorists have been far deadlier than jihadists. Unfair, of course to start counting after 9/11, because all terror begins and ends with 9/11. Also, Fox News is pretty sure there haven't been any rightwing terrorist attacks at all, so you may want to take these think-tank guys with a grain of salt. Or gunpowder.

The report found that, including last week's Charleston church shooting, 48 people have been killed in attacks by terrorists holding rightwing, racist, and/or anti-government views, compared to 28 killings by people the report labels jihadists. In any particular case, of course, you might also get into an argument over whether the motive was genuinely terrorism or not. For instance, the study lists the "2014 Oklahoma beheading," which killed one person and injured another, as a jihadist attack, even though the FBI and local police said it appeared to be motivated by anti-white hatred, not by the killer's religion. (Alton Nolen, the accused killer, has filed for a competency hearing, and his preliminary court date has been delayed past August.) So prepare for the report to be nitpicked to death by not including enough jihadis, or too many, or for counting some people as rightwing even though they were Nazis, and we all know the Nazis were socialists, ad infinitum. The study's authors acknowledge that the distinctions can be difficult, and note that they've left out mass killings that did not appear to be motivated by ideology, such as the massacre at Sandy Hook.

Also, too, there's stuff in the report that will help dampen the panties of those who fear jihadis more than sovereign citizens, such as the report's conclusion that of 460 total extremists charged with serious crimes (or whose motives were discernible if they were killed instead of being charged) since 2001, 277 were jihadists, and 183 were non-jihadists; the report includes incidents where attempts to commit terrorism didn't result in any loss of lives other than the would-be attackers. Again, there's room for nitpicking: The report doesn't include the two would-be jihadists who were killed in May while trying to attack that "Draw Mohammed" contest in Texas. In that case, of course, the only fatalities were the attackers.

But even if there are more terror plots by jihadis, right-wing extremists are more "successful" in creating death and mayhem. Maybe jihadis are simply less competent at killing people than really determined all-American wingnuts with their American know-how, so we can all cheer USA! USA! USA! Or maybe more jihadis have been caught because law enforcement has put a greater emphasis on looking for them (or in some cases creating them).

Maybe one last thing to take away from the report is that the total body count from all the successful terrorist attacks on American soil since 9/11 is 74 victims, which is terrible, but maybe we don't need to be pissing our pants and throwing large chunks of our civil liberties out the window quite so much?

Hahaha, yeah, that's ridiculous, isn't it? Be more scared, buy more guns, and if you see someone wearing a hijab, report her!