Surprisingly, Lanny Davis As Disingenuous On Internet As He Is In Real Life 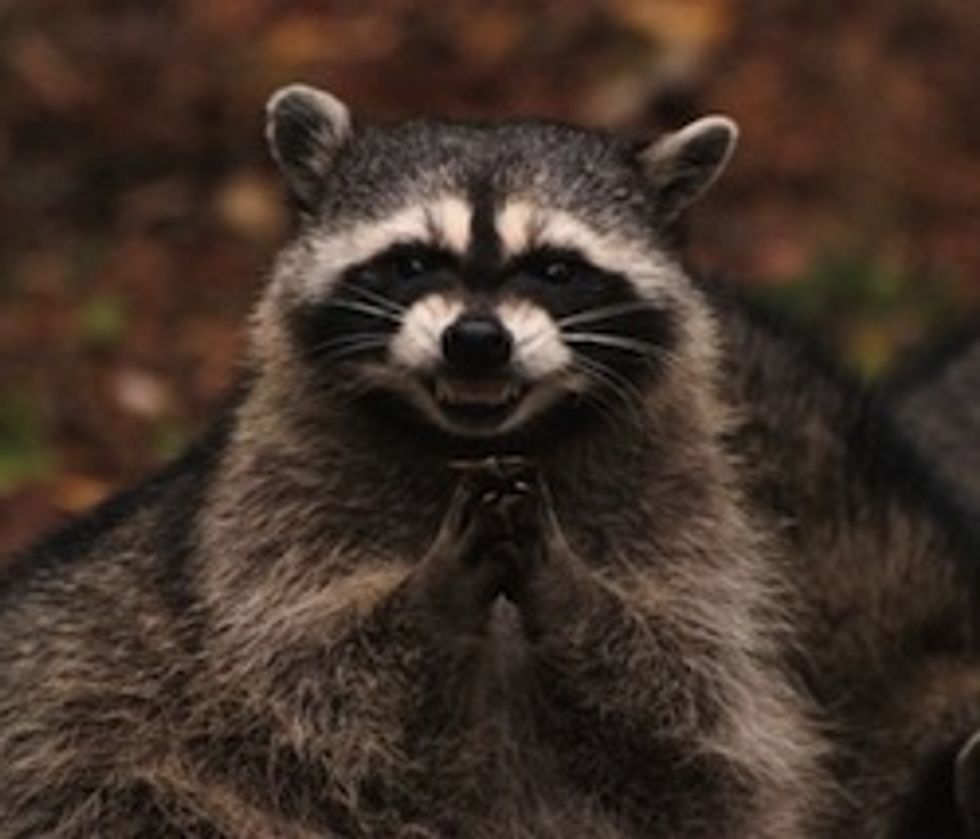 Lanny Davis, everybody's favorite personification of uncut, high-grade, burn-your-nostrils-on-its-way-up cynicism, has a new book out! In it, he details the trials and tribulations of lawyering for the world's most formidably terrible individuals and evil organizations. One can't help but sympathize, as it is a career he nobly chose in response to a higher calling: for the preservation of equity, the defense of justice, and that sweet, sweet money. (If a guy is deploying murdery murder-mobs and also happens to need a lobbyist, of course it is totally cool to do that! This is America.)

Anyways, Davis has taken a break from swimming in his pool full of blood money to promote this "book"/unrepentant confession that no one in his Rolodex actually has a soul, and also to fictionalize tweets for his personal gain.

Nobody was tactless enough to allude to the Ivory Coast matter in their comments at the party (the Washingtonian also did not see fit to mention it in a recent glowing feature on Davis) though a few of the encomiums to Davis had unfortunate double entendres, such as this from Elijah Cummings: "You're trying to make a big difference for the entire world." But I did have the temerity to ask some of the attendees about it, including Issa, who dismissed it as a "bump in the road." "Everyone in this town has had a representation that they might not have had, in retrospect," he said.

If you were not aware, that "bump in the road" was actually a dead body, and there were thousands of bumps. Lanny, being the principled person that he is, got into a little trouble a few years ago for accepting a six-figured monthly salary to defend the now (thankfully) former dictator of that country during the midst of an election crisis. Lanny is a bit sensitive about this subject, as even someone shameless enough to represent the vampires in the for-profit education system knows that it looks pretty bad to get caught accepting money to clean up the public image of people so bad the United Nations gets to arrest them. (Not to mention Davis' equally cheery dealings with the even-more-insane Obiang family from Equatorial Guinea).

Davis, to his credit, addresses the Gbagbo contract in his book, alongside his more successful crisis-consulting work for the likes of Martha Stewart, Royal Caribbean, Charlie Rangel, Trent Lott and Washington Redskins' owner Dan Snyder. When I finally got through the long line of people waiting for him to sign his book for them, I asked Davis about Ivory Coast and his decision to deal with it in the book. His celebratory good cheer instantly evaporated. "It was the most painful 10 days of my life," he said.

But unlike those 3,000 Ivorians, he survived to tell the tale. It's available for $27.00 at a bookstore near you, and has a nice blurb from Whole Foods founder and CEO John Mackey.

This excellent final fuck-you paragraph to the country's most despicable nominal Democrat prompted noted tweet-author Stefan BC to sarcastically tweet the article, while tagging the monster himself, as he has a tendency to lose his shit about the subject:

And wouldn't you know it, but Mr. Davis responded, albeit in a somewhat different context. Let's see if you can spot the change:

That bastard RT'ed what he should have MT'ed! There is truly no end to his depravity. According to Twitter etiquette, he should be burned at the stake. Also the MT says the exact opposite thing, come on.

But for real, buy his book, as there is probably no better guide to how best to sell your soul to the highest-bidding despot or malignant corporate entity. Never change, Lanny!

Donald Trump's Got A Fever, And The Only Prescription Is MORE GOLF

How's Your Kid's Online Schooling Going? Well, You're Reading This So You Have Internet