barack obama carolyn lamm gulnara karimova pt pt in like a lion out like a lamm race for the cure susan g. komen the dictator's daughter uzbekistan

Susan G. Komen and The Dictator's Daughter Had A Lovely Cure For The Race 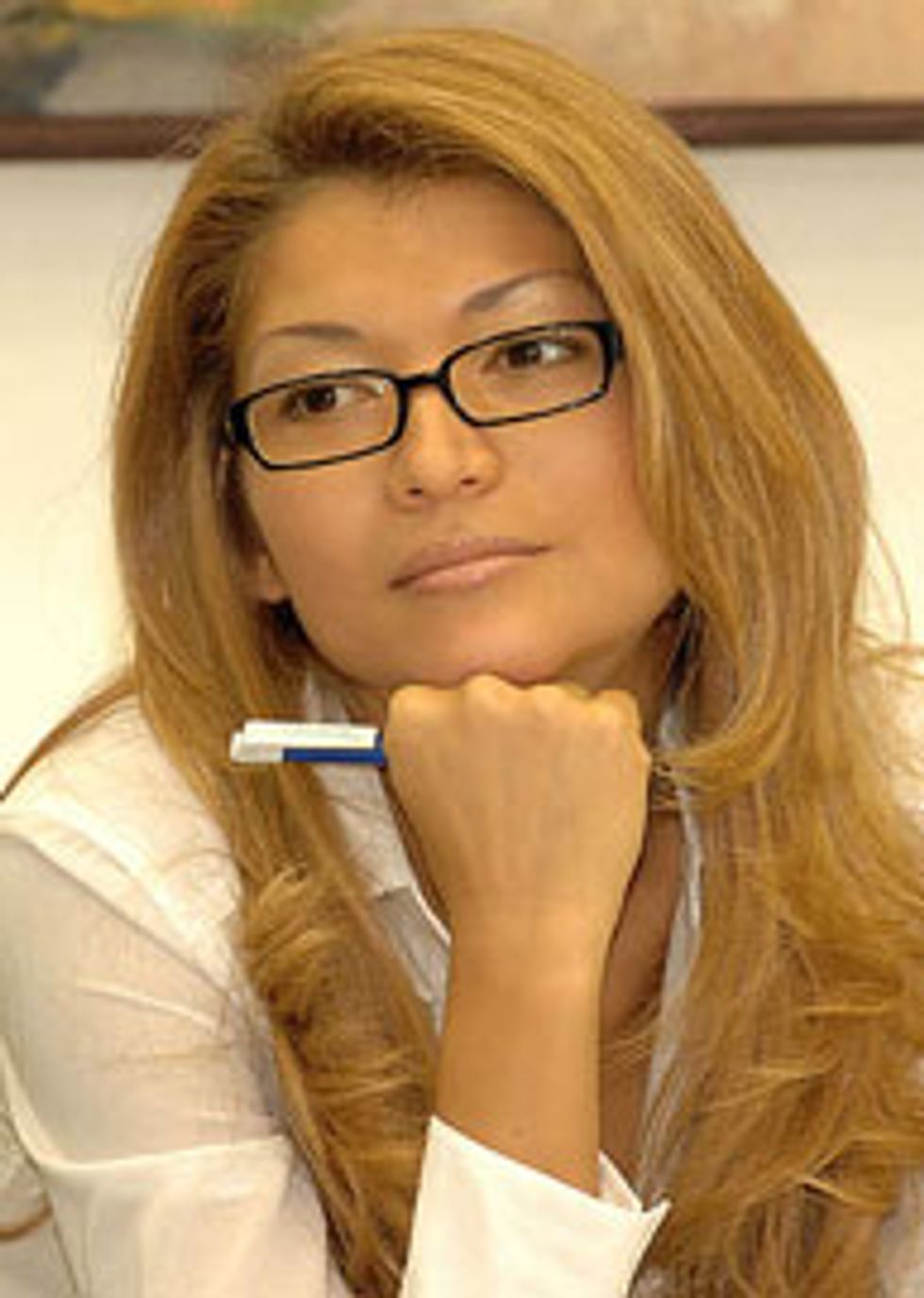 We were all waiting with bated breath to see how things went for Susan G. Komen and theirbest bud Gulnara Karimova, the Dictator's daughter and the Terror of Tashkent, in the May 1 Race for the Cure in Uzbekibekistanstan.

Well, according to Gulnara's press release, the race was a huge success, attracting 20,000 people. And the International Race Ambassador of Susan G. Komen for the Cure, Donna Sanderson, was In Tashkent on May 1, personally handing out awards. Gulnara was there too, handing out awards. Did they hand out awards at the same time? On the same stage? And did they pretend not to know each other? We simply don't know. But you know who else is pretending he doesn't know the Dictator's Daughter and her Daddy (the Dictator)? One Barack Hussein Obama, that's who.

With their constant boiling people in water and torturing them like it's 966, Gulnara Karimova and her daddy, Islam Karimova are not likely to get an audience with the president at the upcoming NATO summit (May 20-21) in Chicago, even though our president is under intense pressure from American Carolyn Lamm. Ms. Lamm is currently Uzbekistan's lobbyist and has lobbied for other Dastardly Dictators like Libya's Gaddafi and Zaire's Mobutu Sese Seko. She was legal counsel for Gulnara's company Zeromax (for whom she scored huge Pentagon contracts) and trial lawyer for the Uzbek government in the case against the Uzbek government and Coca-Cola, brought by Gulnara's ex-husband. She is currently Chairwoman of the American-Uzbekistan Chamber of Commerce and was also a US Justice Department trial attorney (fraud division) and former president of the American Bar Association. Busy girl. Her letter to Obama requests a face-to-face meeting with Karimov senior and praises Uzbekistan as a stable government and strategic partner. Obama is also being not-so-subtly threatened by the Uzbekistan government that if he doesn't get his picture taken shaking hands with Daddy Karimov in Chicago, they will slow down or stop transit operations for the withdrawal from Afghanistan.

Tashkent has also been pressuring the UK, evidently. And their alleged list of demands involves placing Gulnara as the Uzbek ambassador in London. Word from the somewhat unreliable underground is that the UK government has no desire to receive Gulnara in the UK but they feel a bit like their arses are "over a barrel" if they don't comply, since they also need to get a lot of military shinola out of Afghanistan.

Meanwhile, things aren't so peachy in the land of forced child labor. Just a week before the race, the Cotton Campaign wrote a letter to Hillary Clinton asking her to pressure Uzbekistan to put an end to forced labor. One day after the race, a Turkish businessman filed a torture case against Uzbekistan because Gulnara's daddy's National Security Service arrested him, seized $60 million of his assets and tortured him and a few of his associates.

"We were tortured badly using electric shocks," Güneş said. "We saw people tortured to death; some of them had heads, hands and bodies dismembered."

But besides all that, Mrs. Lincoln, how was the race? Well Komen's representative had an awesome time and posted some pictures on Facebook. In addition to a very nice group photo of Donna with breast cancer survivors, she snapped pics of a female street sweeper with a branch broom and was "intrigued" with "a women's work never being done" and observed, "Their brooms work so well and there is something very calming about watching them do their work." That's nice. Brooms made from sticks for everyone! So is she Facebook friends with Gulnara? No. Gulnara only has nine friends.

Perhaps Gulnara Karimova is trying to make herself some more friends while being philanthropic-ish (while simultaneously trying to be the Ambassador to Spain, permanent representative to the UN, a poli-sci prof, owner of a soccer club, a fashion designer, a jewelry designer, a rock star, an AIDS vanquisher...) so she can boost her tarnished image. It's sad, really. No matter how hard Gulnara and her daddy try to look like upstanding citizens of the world and protectors of women's breasts, they just don't get the respect they deserve.