Tammy Baldwin Gonna Teach CEOs About Sharing, Like Some COMMUNIST DICTATOR OF PRESCHOOL 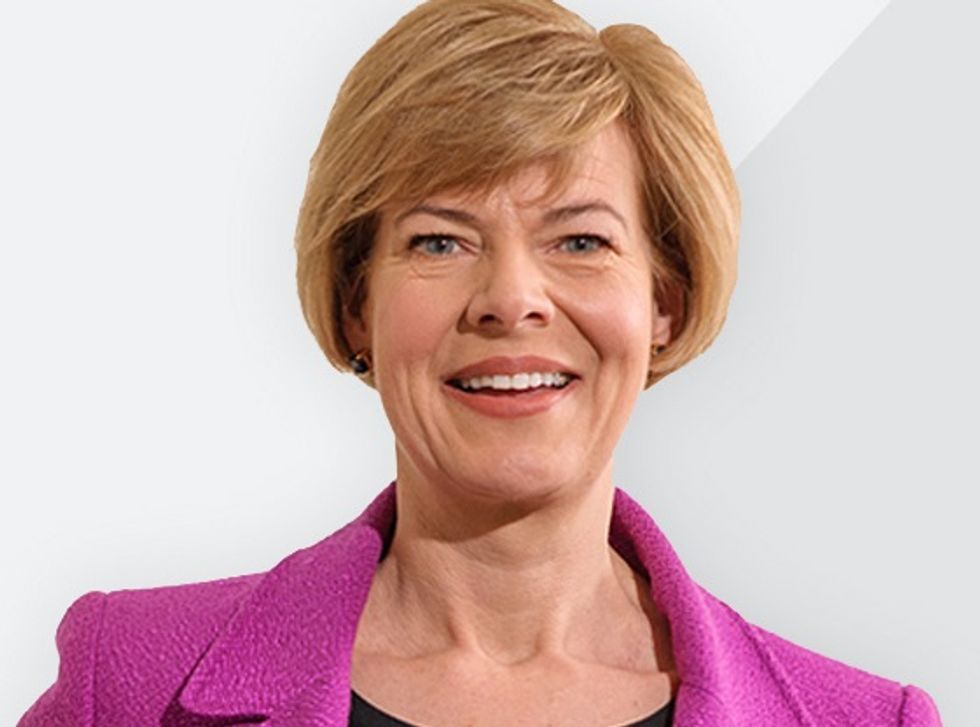 Interfering in the free market! Good!

US Senator Tammy Baldwin of Wisconsin certainly isn't the first person to notice that, as predicted, big corporations are using most of their great big tax cuts from the 2017 Great Big Tax Cuts for Rich Fuckwads Act to buy back stock, increasing their own profits without adding anything of value to the economy. Unless you own their stock of course.

Those headline-grabbing bonuses that some companies bragged about giving workers after the tax cuts were nice publicity, but if you add all the bonus and salary increase plans together, it comes to about $7 billion nationwide. By contrast, as Baldwin points out, corporate America has plowed about $225 billion into stock buybacks. That's over 32 times as much as has gone to (some) workers, and Baldwin thinks that if Congress is going to go giving gifts to big corporations, maybe the workers ought to have at least some say in where that money goes. So she's introduced the "Reward Work Act," which would require publicly-traded companies to be more transparent about such buybacks, and would also require public companies to let workers directly elect a third of the companies' boards of directors. That way, workers would at least have a voice in determining whether tax windfalls would go to increasing stockholders' dividends, or into capital investments and employment.

Corporate profits should be shared with the workers who actually create value. It’s just wrong for big corporations to pocket massive, permanent tax breaks and reward the wealth of top executives with more stock buybacks, while closing facilities and laying off workers.

[wonkbar]<a href="http://www.wonkette.com/628221/are-those-tax-cut-bonuses-a-publicity-stunt-scam-hey-lets-ask-walmart"></a>[/wonkbar]Oh, hey, looks like she was paying attention when Walmart announced its bonus program for some employees on the same day it closed the first of 63 of its Sam's Club stores, with no advance word to workers who showed up that morning to find the stores locked.

Baldwin's proposal would also make stock buybacks harder to pull off, taking away much of the incentive for wasting capital on them. She wants closer monitoring of the practice by the Securities and Exchange Commission, again with the nutty ideas that companies should be creating work and products instead of gambling with their capital. Sounds like the sort of thing that could pass with a Democratic majority, huh?

Yr Wonkette is supported by reader donations. Please click here to send us money and we'll use it for servers and wages and sending Donna Rose to college, not on crazy investments.