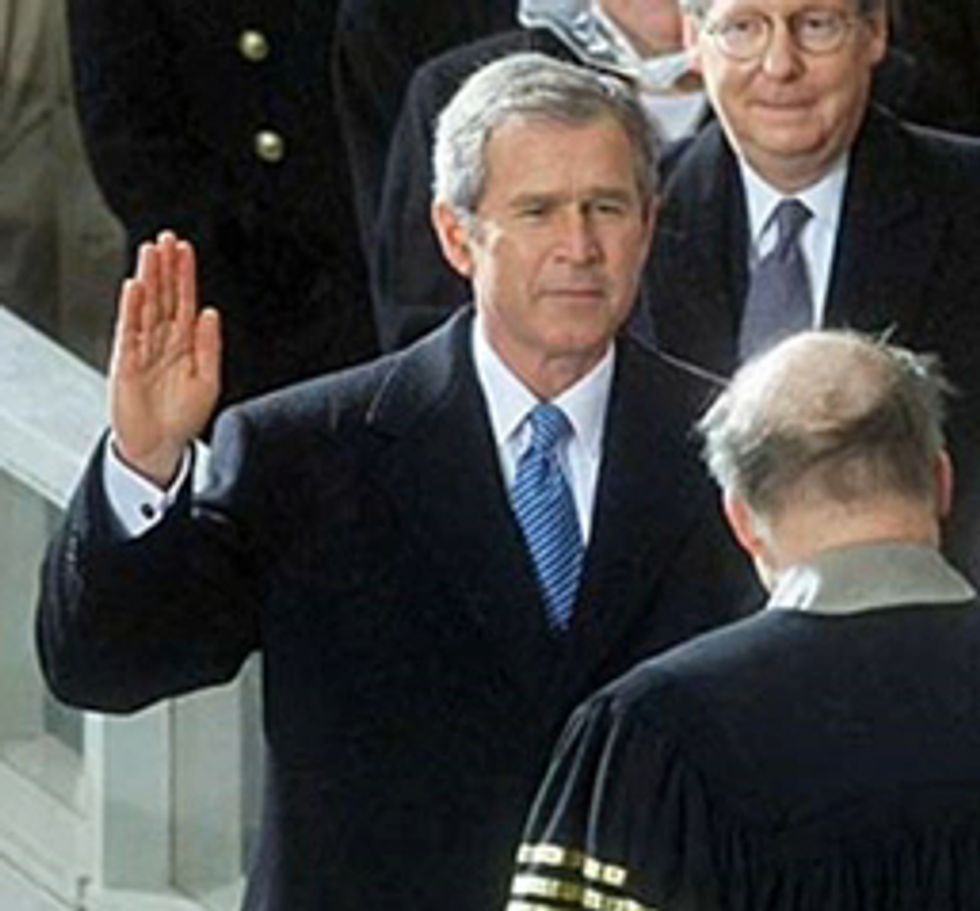 With a greater majority than passed the Bush tax cuts the first time, the United States House of Representativespassed the Obama-Republican tax-cut thing early this morning, 277 to 148. Across this great country the wealthy smiled, went into their children's bedrooms, watched them sleeping there peacefully in their beds of cocaine, and decided to add a few million to the trust fund in the morning. Across this great country the unemployed briefly looked up, stopped circling job openings with a ball-point pen on their computer screens, and promised to themselves right then and there that they would be appreciative for about five minutes; but still whole-heartedly believe the Republican candidate in 2012 when she tells them Obama has raised, and wants to raise, their taxes. Across this great country young people watching the events unfold went outside into the cold and cried and hugged each other, because change was finally here; finally, the Bush years were back.

The final vote in the House was 277 to 148 after liberal Democrats failed in one last bid to change an estate-tax provision in the bill that they said was too generous to the wealthiest Americans and that the administration agreed to in a concession to Republicans. The amendment failed, 233 to 194.

Nice try. Participation ribbons for everyone!

The White House and Republicans hailed the deal as a rare bipartisan achievement and a prototype for future hard-bargained compromises in the new era of divided government.

“The era of deficit denial is over,” said Bruce Reed, the executive director of Mr. Obama’s bipartisan commission on reducing the national debt. “They’re just having a big year-end close-out.”

Cute. So, very soon, the White House and Congress will cut way more money from the budget than the $801 billion this fucking tax-cut thing cost. Right. Someone should make a billboard that keeps track of the amazing amounts of money this country cuts out of its deficits, and we should all hold a party to re-inaugurate Obama when it hits $801 billion.

Which will be never, if you weren't following along. [NYT]