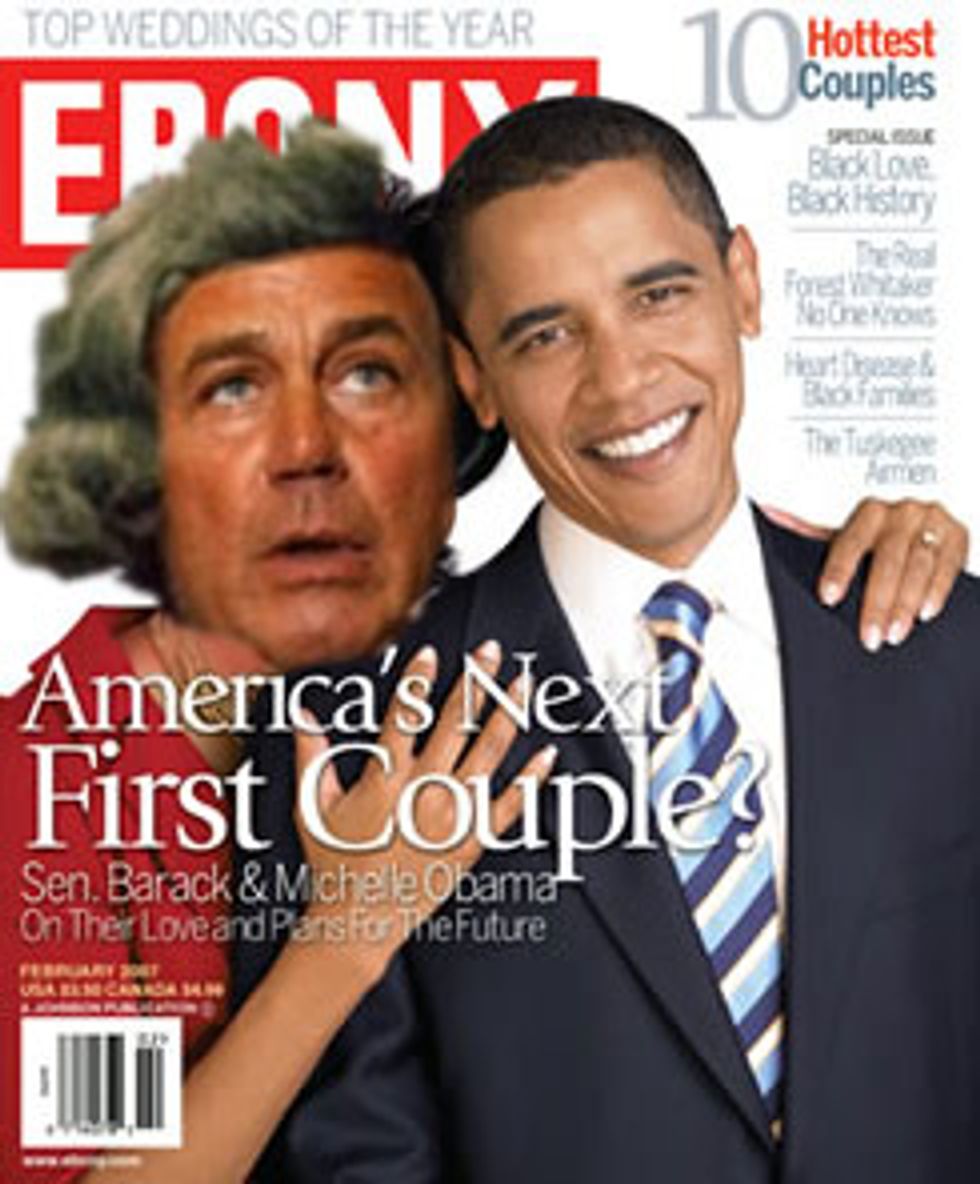 Big-spending Washington elitist insider John Boehner has totally squandered his time as speaker of the House by failing to stop all government spending, so the teabaggers have launched a campaign to throw him out of Congress. "Replacing Nancy Pelosi with John Boehner isn't much of an improvement," says Tea Party Nation in a communiquedelivered to World Net Daily. "Boehner is the typical RINO ... his true agenda is to be a deal maker." Well duh! You don't get to spend all your time boozing it up at fancy golf clubs if you're some nutty teabagger!

Who will replace Boehner when the GOP throws him out to try to fool teabaggers in 2012? How about Michele Bachmann? She is super crazy! Or maybe Chuck Norris?

24/7 Wall Street says Boehner will do whatever "debt ceiling" compromise Obama and the bankers ask for, because otherwise this country's rich people could be in jeopardy!

Speaking to reporters in Washington after a meeting Wednesday with President Barack Obama, the Ohio Republican argued that he wants to avoid a political battle over whether to extend Uncle Sam’s credit limit, saying “this really needs to be done in the next month if we’re serious about no brinksmanship, no rattling investors.”

The orange-skinned Hill creature is also "quelling an uprising" in both parties over whatever is going on in Libya. Is that still going on? Apparently! What's that, three simultaneous wars against Muslim countries? And America's badly losing all three of them? Yes, let's certainly raise the nation's debt limit so we can keep that stuff going on.