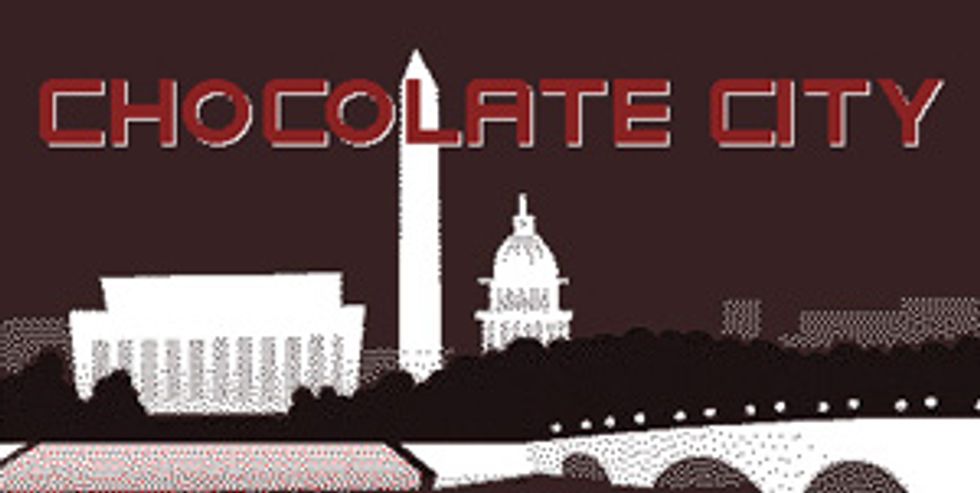 What do you do when a young black man you don't even know dies in a hail of gang-related gunfire? To be honest, I don't do much but briefly consider the crushing absurdity of violence before getting on with my day. I'm not a particularly religious man, butyou might say a little prayer for the deceased, which is fine too! What nobody should ever do is use the young man's life and death to make some cheap point about how black people really are dangerous thugs. You know who does that? Scummy Tea Party idiots from our recent history.

Remember that rotten asshole who warned all the Beckapalooza turds descending on DC in August to "stay off the Green and Yellow lines, because of the blacks"? He was rightfully mocked as nothing but a common, scuzzy alarmist by everyone from your Wonkette to Rachel Maddow, which pissed him off, because all he was doing was telling people to be afraid of places with high concentrations of African Americans! What's wrong with that advice?

Now a 21-year-old black kid, recently returned from a volunteer trip to Guatemala, has been killed right near the Green and Yellow lines. And as his family grieves, this teabagger gutter pig couldn't wait to get on his Hotmail and let all his gross pretend-friends know that he'd been vindicated.

My Visitors' Guide .... was attacked in the Leftover blogosphere and on both Chris Matthews' and Rachel Maddow's shows. Neither called me but Maddow [projected] my name on her backdrop and Matthews named me several times, both calling me a racist for telling visitors not to use the Green or Yellow lines alone at night.

Both discussed the gentrifying 13th and U Street area and the "historic" Ben's Chili Bowl that President Obama had just eaten at, which my guide would prevent visitors from going to (alone at night).

Someone was just shot and killed yesterday at lunch on this block.

Historic is in scare quotes there because we all know Ben's Chili Bowl, despite having been in its current location for 52 years, is just some stinky trough where you have to let blacks touch your food.

Screw this guy. Or maybe everyone should just e-mail him TBD's story about Jamal Coates, the young man who was senselessly killed on Tuesday. I hope Jamal's smiling face breaks his fucking heart.