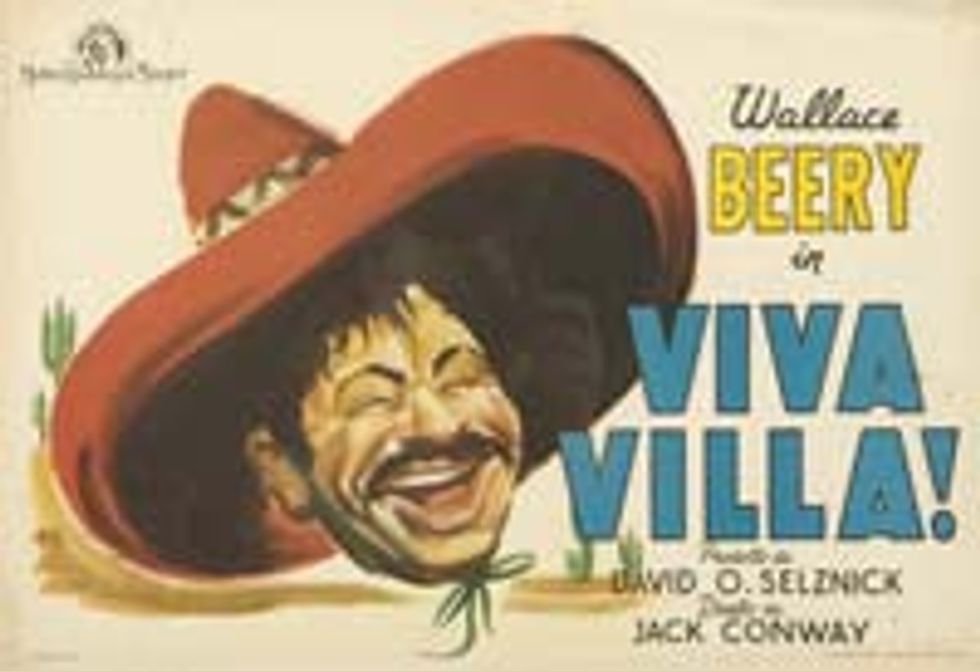 President Barry Obamezclaims that he's trying to secure our border, but our tea-bagging heroes know otherwise. Sure, he's all "stricter workplace enforcement" this and "fine, I'll send more National Guard troops down" that, and blah blah blah, but has come up with any really innovative border-sealing ideas? Like, say, sending someone down to the border to tell the Mexicans, loudly and firmly, that they aren't wanted? Do the teabaggers have to do all your work for you, Mr. President?

Here is a list of things that were actually done and said at the big Tea Party rally that took place in the midst of the blighted desert south of Tucson yesterday:

Does anyone else think it's weird that the people who have been complaining about the danged fence and how it needs building went to a part of the border where the danged fence already exists? We'd say that they were too scared to go anyplace where there wasn't a wall of metal between them and the Mexi-bugs, but obviously anyone who dares to shout things at at a whole country full of Mexicans isn't afraid of anything. [NYT]