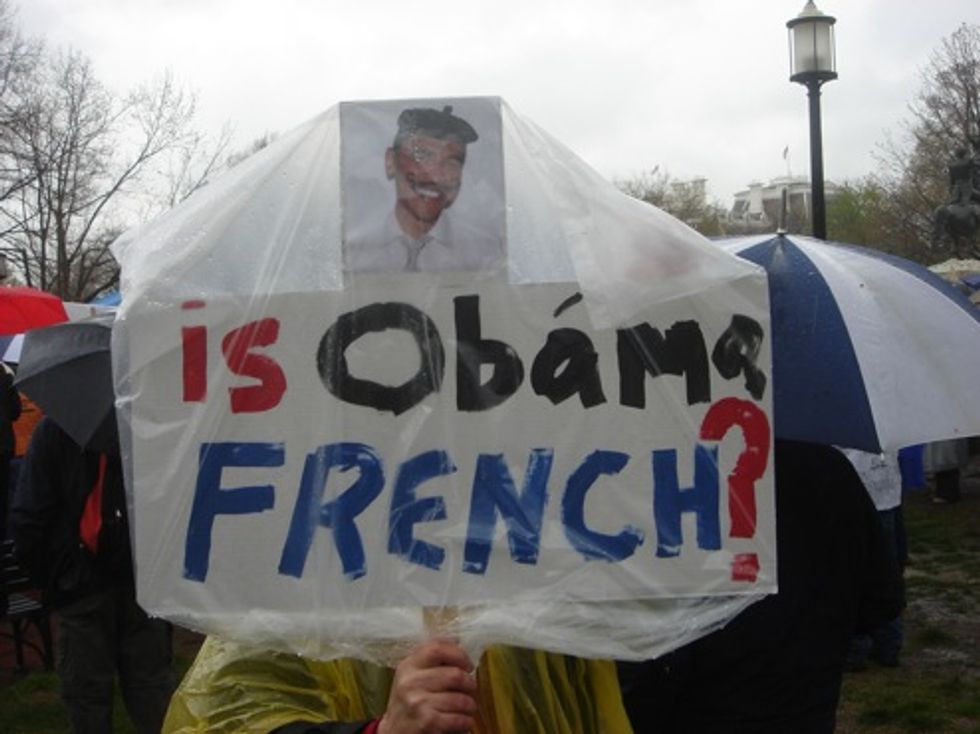 Having successfully completed a hilarious stack of FAIL on Tax Day, the Teabagging Cultists will next flap their testicles against the mouth of 9/11, our nation's most holy day of remembrance. Just six months or so from right now, the fantastic teabagging momentum will strike again, as America sheds its tears over the anniversary of the September 11, 2001 attacks on the places wingnuts and teabaggers hate most: Washington DC and New York City.

On September 12, these fanatics will launch the next treacherous attack on America, as they gather in Washington and fling their black sacks at the American Dream.

Many of you have been discussing the next steps for the "tea party" movement. I've heard some great ideas about how to follow up on our historic day. I'd like to share some of those with you, and ask you to save the date for another big day: 9-12-2009.

FreedomWorks will be partnering with other like-minded grassroots organizations and local organizers to plan a massive, historic March on Washington on September 12, 2009 at the U.S. Capitol.

But how to get around DC? The Teabaggers suggest, of course, that you use Washington's public transportation system, the Metro.

If you want to help the teabaggers piss on the graves of the 9/11 dead, we encourage you to sign up NOW. You must volunteer, make signs, bake special cupcakes, and offer your backyard to these poor saps who need to protest tax brackets they'll never encounter even in passing unless they happen to be the clerk who sells Bubba the winning PowerBall ticket.