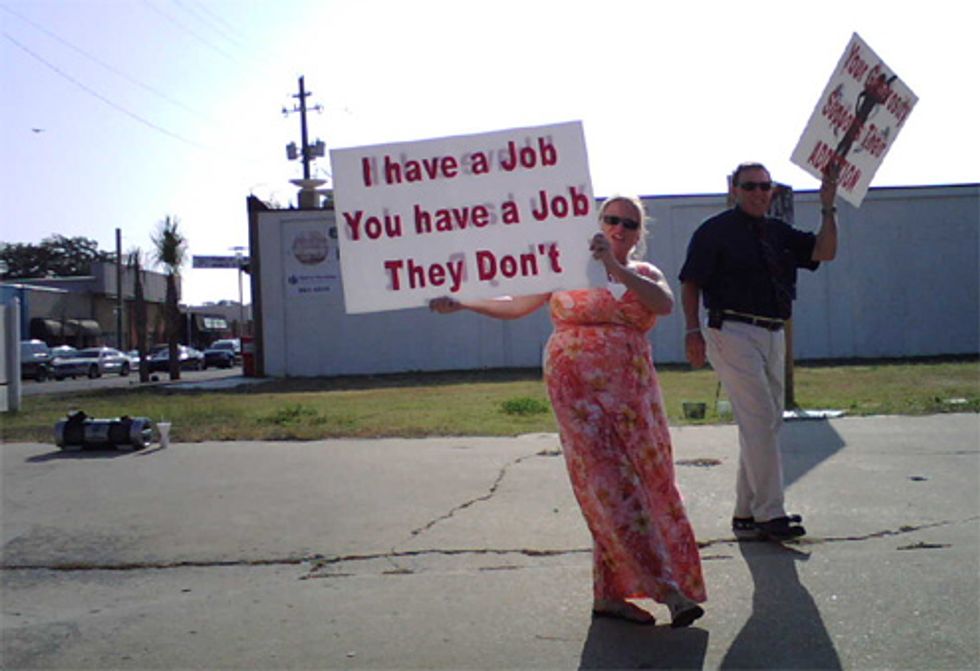 Yelling at old guys with Parkinson's, laughing at poor people with cancer, viciously mocking sick children ... today's teabagger is more than just a fat ignorant racist. Today's teabagger is an utter sociopath. So who attracted these Ugly American Slobs with the foul protest signs today? Homeless people living in the dirt around this hellscape intersection in Fort Walton Beach, Florida.

The right Reverend Peter Lemonjello snapped this photograph from his car window -- never get out of the car when you see these fanatics -- and sent the following description of the scene:

There's a certain intersection downtown that teabaggers now like to stand in to protest blacks, black presidents, Mexicans, and any other minority that crop-dusts our city with AIDS. The only problem is that the intersection is also a hot spot for hobos begging for Ameros. Now the teabaggers are protesting the hobos.

Charming. And with Florida's official unemployment rate at 12.2% -- the highest rate ever recorded -- about every tenth car passing these shitheads is driven by someone who lost their job. Let's hope both of these people finished their day by being run down by a pickup truck and then picked over by the hobos.