Teabaggers Scared To Death of Being Confused With Negro Protesters 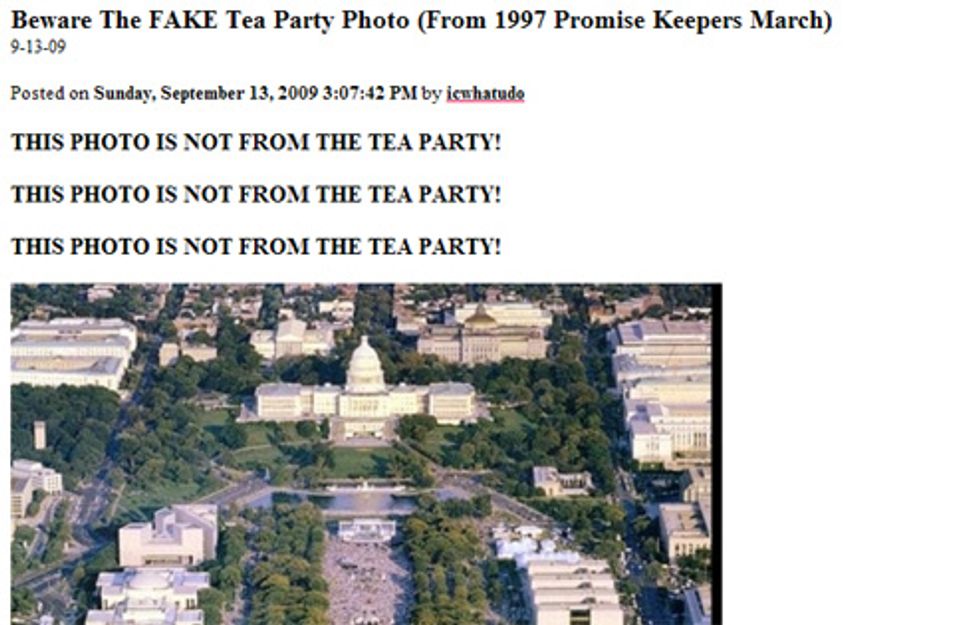 HILARITY: Would-be teabaggers and and other easily duped dingbats are proudly emailing each other wonderful pictures of a million teabaggers crowding the National Mall, but these pictures are actually from the Million Man March of 1997, an event attended by, ahem, colored people.

Not only did the Million Man March actually attract a million people, it was led by wingnuts' second-most-hated negro person, Louis Farrakhan, a real black Muslim.

Frankly, there is nothing more embarrassing for a colored-hating Real American than not being able to tell from an aerial photo of an immense crowd that those people aren't even white! This is why photos cannot be trusted, if taken from a distance.

Anyway, about 70,000 sad fat white losers carpooled to DC on Saturday, to whine about everything (blacks), and to add to their shame, the fake picture they're claiming shows a million wingnuts is actually a million black men listening to an Angry Black Leader. Ha ha ha ha ha ha ha ha ha. [Free Republic]