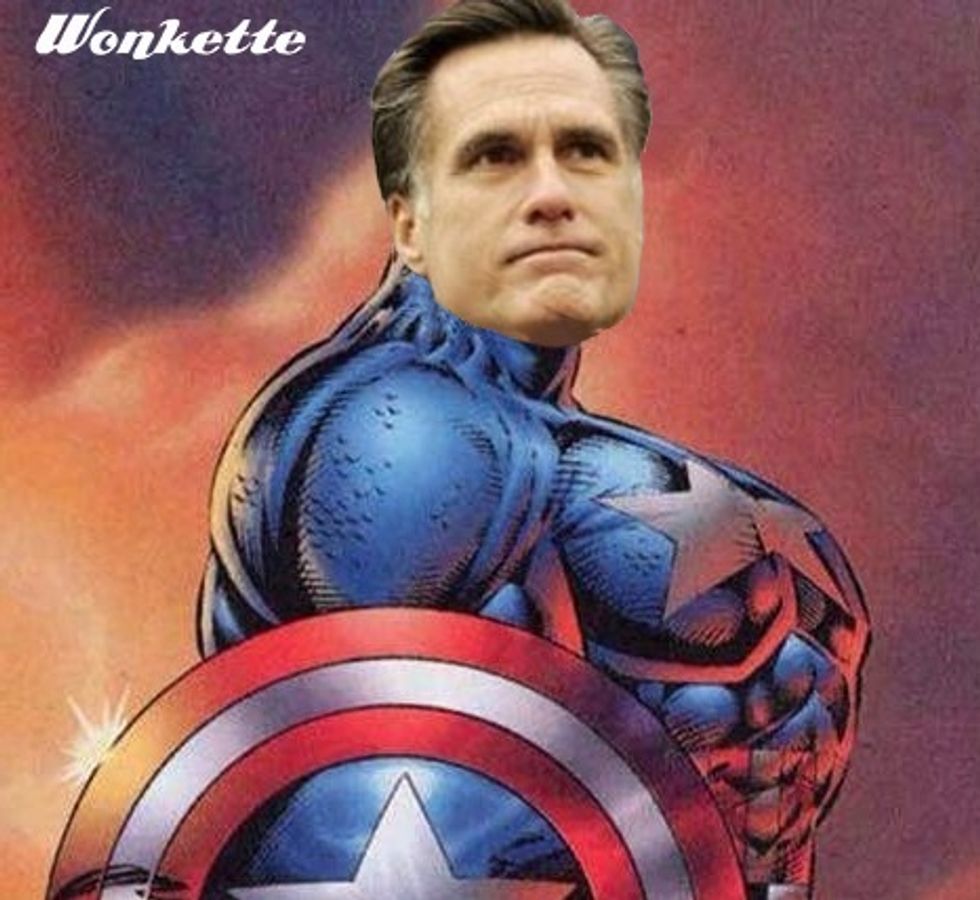 Oh the majesty of Rob Liefield!

As the terrifying hive organism that will eventually be the Trump cabinet continues to coagulate into a pulsing, living thing of eldritch horror, there have been any number of names floated for one of the most challenging jobs: secretary of state, the nation's chief diplomat, America's official voice to the world. In other words, the person who'll be dispatched to explain President Trump was merely being facetious when he describes one of our closest allies on Twitter as "sad takers we could do without! Bring me the football!" So who will the Greatest Negotiator in History choose to be America's chief diplomat? Let's look at the names that are out there:

Are you kidding? He bailed on the whole mess. Some rats have the sense not to go near the gangplank before the ship even leaves dock.

He's on a bunch of lists, but has zero foreign policy experience, unless you count the speeches to an Iranian dissident group that until 2012 was on the State Department's list of foreign terrorist organizations, plus entanglements with businesses in Japan, Singapore, and others. On the other hand, he has the most important quality in a diplomat: undying loyalty to Donald Trump. Even so, we may want to avoid a secretary of state who honestly thinks seizing Iraq's oil fields would have been perfectly legal: "Of course it’s legal [...] It’s a war. Until the war is over, anything’s legal.”

Pros: Wants to bomb everything. Has actually served, very badly, as UN Ambassador.

Cons: Wants to bomb everything.

The South Carolina governor has no discernible foreign policy experience, but Donald Trump has seen her on TV. People tend not to drop their drinks at the mere mention of her name like they do at the prospect of Bolton or Giuliani. Unfortunately, someone will eventually read Trump that thing she said about immigration maybe being a good thing: "no one who is willing to work hard, abide by our laws, and love our traditions should ever feel unwelcome in this country."

Current chair of the Foreign Relations Committee. Not a complete lunatic. Can probably name more than five foreign leaders without notes. Has been critical of Vladimir Putin, so probably not really in the running.

Former U.S. ambassador to Afghanistan. New York Times says he's on Trump's list, but as far as we know, Trump thinks he was the ambassador from Afghanistan. Probably not a strong contender, because you've seen Trump trying to stumble his way through multi-syllabic names.

A surprise last minute hope of relative sanity. We never thought we'd be pulling for Mitt Romney to save us from the madness a Trump foreign policy would be. Mitt is scheduled to meet the Great Man this weekend, supposedly to talk about the secretary of state position, which seems surprising considering how many times Trump called Mittens a loser and Mitt called Trump a "phony" and a "fraud." Probably not friendly enough to Russia and Putin, but the weekend meeting makes for a good display of Trump's alleged willingness to make peace.

Sudden last-minute pick of Ted Nugent or one of those Duck Dynasty guys, so the foreigns will know they really need to talk to Donald Trump.