Team Trump Would Like To Deport State Department. What Could Go Wrong? 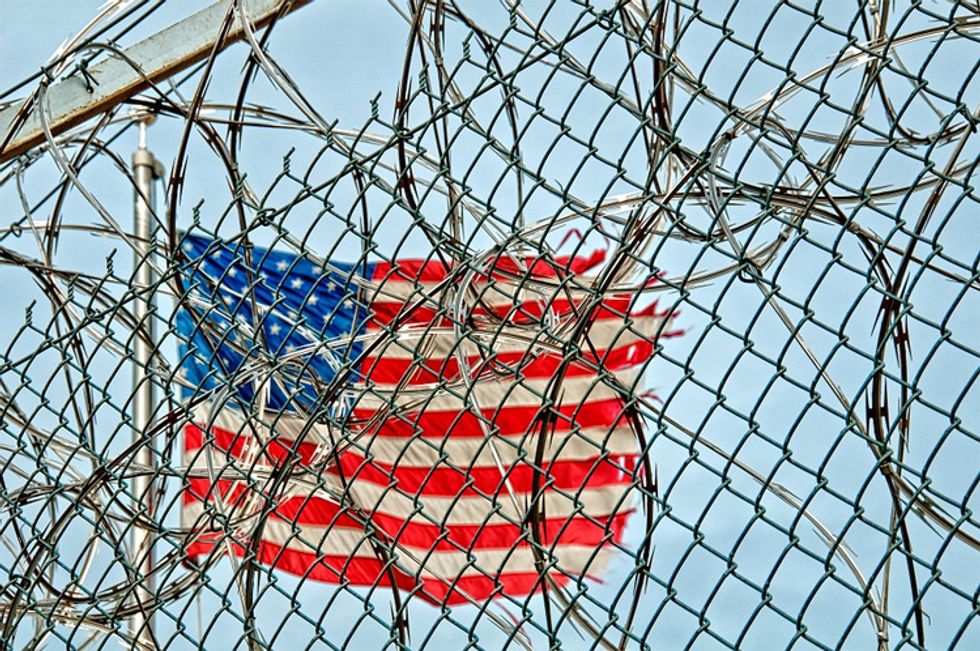 Home of the brave 'n' shit.

More dispatches from the New Cruelty: The Trump administration is considering maybe moving a couple of key State Department bureaus -- the bureau of Consular Affairs and its bureau of Population, Refugees, and Migration -- to the Department of Homeland Security, because that's just how paranoid and crazy our country is these days. It's only an initial proposal, according to the unnamed "White House official" who spoke to CNN about it, and nothing may come of it because such restructuring would almost certainly be very controversial within what's left of the State Department, and DHS might have no idea what to do with the bureaus.

Trying to move Consular Affairs away from State seems especially crazy, since it's one of the State Department's largest bureaus. While it does deal with some functions where security matters, like issuing visas to foreigns coming to the USA for visits or for work, it also does a lot of stuff that is more purely on the diplomatic side, like issuing passports to U.S. citizens, helping Americans abroad (guys too), and issuing travel alerts to overseas travelers. It's not really an immigration agency, guys.

The ideas were part of a memo from the White House Domestic Policy Council and were submitted to the Office of Management and Budget, in response to Donald Trump's executive order calling for ideas to reorganize government to make it work more gooder. CNN's White House source said not to get your panties in a bunch over it (we're paraphrasing), since the idea is just

"one among many in a document resulting from a brainstorming session focused on improving efficiencies across government. None has been reviewed in great depth, let alone formally approved."

The official added that the memo "was a first step in exploring all options to make the government work better. No doubt many of the ideas will end up on the cutting-room floor, while others will ultimately may be adopted."

Translation: This is a leak that might come from the White House to test possible reactions to a real proposal, or perhaps it's from a disgruntled insider who thinks it's a terrible idea and they want it crushed. Either way, it's a trial balloon they're running up the flagpole to test the water, but it's all just spitballing so far.

CNN notes, a bit primly we think, "The White House did not explain the reasoning behind the recommendations, but perhaps the idea is rooted in a desire to streamline the refugee vetting process."

Sounds like it -- part of the whole Extreme Vetting thing, even though refugees already get a buttload of screening, and can be rejected at any step in the process, which DHS is already deeply involved with:

As it stands currently, the United Nations High Commission of Refugees [sic -- it's "for"] refers applicants to the State Department for vetting. This vetting is carried out by nine International Resettlement Support Centers (RSC) with American interests; all of which are managed by the Bureau of Population, Refugees and Migration. Approved applicants are then sent to the Department of Homeland Security for final vetting. After final vetting at DHS, the State Department then resumes supervision of the process with its Reception and Placement Program.

You might think this document weakens the case for the travel ban. But it was a weak case to start with, so why should another report hurt?

Anne Richard, former Assistant Secretary of State for Population, Refugees, and Migration in the Obama administration, said the proposed changes "would be a huge mistake," and said she thought the suggestion stemmed from "an "imperfect understanding" of what the refugee bureau actually does. It's never been a law enforcement agency, and while it does manage refugee resettlement in the U.S., it also does much more than that, coordinating assistance for refugees around the world with NGOs and with the UN. But hey, Donald Trump was elected on a pledge to be terrified by refugees and foreigners, plus Getting Tough on terrorists, even though the people who've carried out terrorist attacks in the U.S. since 9/11 were radicalized after being here legally for years.

Assuming that the Trump administration decides to keep the State Department open at all, we think maybe Consular Services and the refugee bureau really do belong there, seeing as how those really do involve international relations and diplomacy, no matter how much Donald Trump thinks cruise missiles can accomplish all we need in those areas. DHS already has plenty of input in refugee screening, and we aren't sure we'd want to have all foreign visitors or refugees subjected to the tender mercies of the DHS, which already has its hands full with deporting everyone -- as compassionately as they can manage -- not to mention running its immigration fink line and deporting DREAMers for leaving their papers in their car. They have enough fascist duties already with all the deportations, so it could be useful to have at least one small part of the government to allow one or two people into the country. Every now and then, at least.