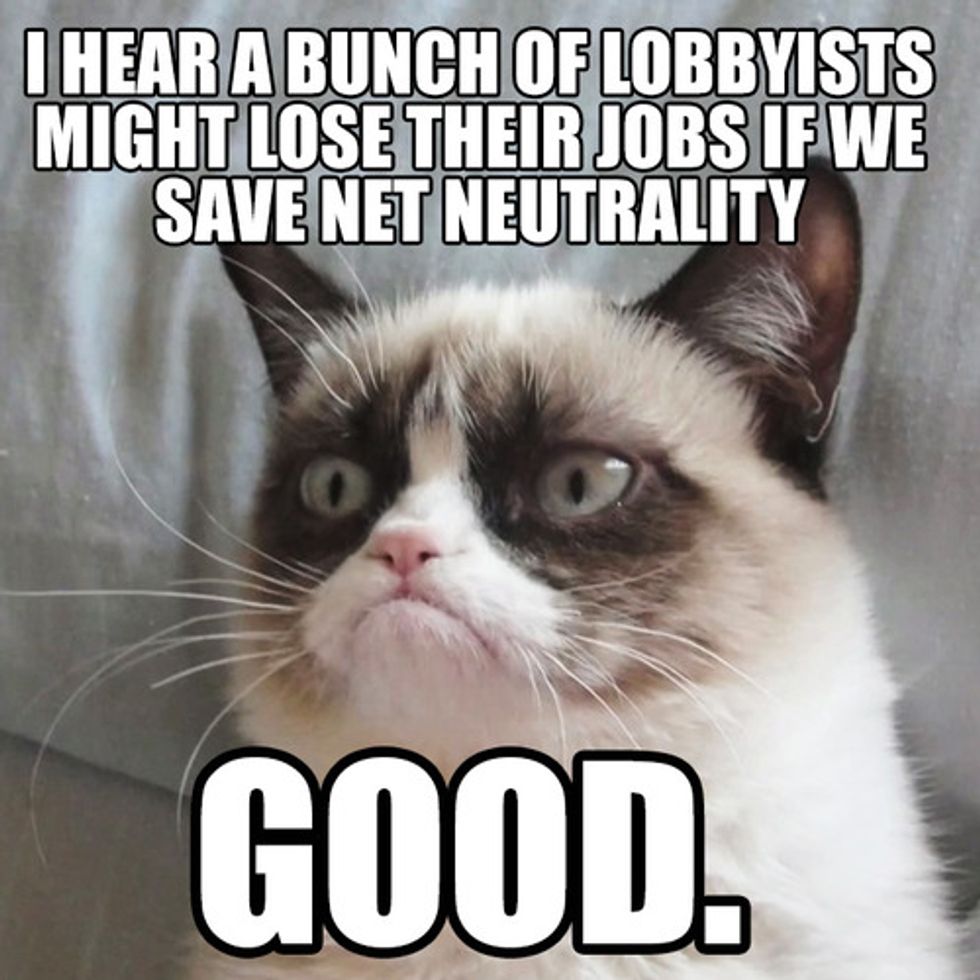 Hey, you know how we predicted that the opposition to Barack Obama's endorsement of Net Neutrality was going to be loud, annoying, and swift? Case in point, this tweet from Ted Cruz, which is typical of the Doublespeak we're all going to be hearing a lot more of:

Man oh man, if we were the private entrepreneurs who made the Internet happen all on our own without any government involvement, we'd be pissed, too. Hey, Verizon, Comcast, Time Warner: You really did not build that.