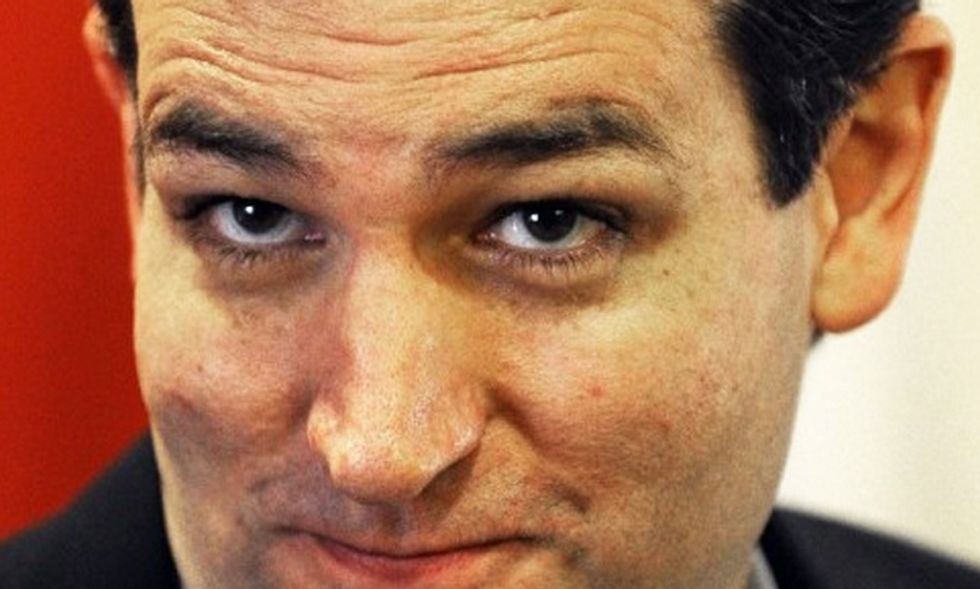 Hey, remember that guy "Ted Cruz"? Yeah, he ran for president one time. It was actually this year, if you can believe it. Whatever happened to him? The Weekly Standard found out he's still actually in the Senate (R-Alberta), and has Thoughts on the presidential race that is moving along just fine without him. Mostly, they are dumb thoughts. The big news is that Senator McPunchyface has not yet decided whether he's going to endorse Deadbeat Donald Trump:

"I am watching and listening and like millions of voters assessing the candidates. And I expect voters will continue to do that right up until Election Day," Cruz told THE WEEKLY STANDARD on Thursday.

Maybe he's still waiting to see who else is out there. Or hoping people forget what he looks like, so he can show up at the Republican Convention in an RCMP uniform and save the day. The Weekly Standard is very understanding of Mr. Cruz's dilemma, what with the shabby way Donald Trump treated him. We think it's really cute how this rightwing rag is so worried about Ted Cruz's familial fee-fees:

Trump's vicious attacks on Cruz's wife and father would seem to make a Trump endorsement particularly difficult for Cruz. Trump threatened Heidi Cruz and insulted her looks on Twitter; he later promoted a baseless conspiracy theory that Cruz's father was involved in the assassination of President Kennedy.

Hold on a minute there. We remember Trump making fun of Heidi Cruz's looks and his citation of the in-depth National Enquirer investigation of Rafael Cruz, Sr. killing JFK (when everyone knows it was really Woody Harrelson's dad who did it). But what's this about Trump "threatening" Heidi Cruz? OH! They mean his dumb tweet where he threatened to "spill the beans" about some dirty secret of Heidi's, like how she's secretly married to the most hated man in the U.S. Senate. See? The entire Republican primary is a blur now. In our less lucid moments we hallucinate there was a guy named "Pataki" running for a while, but that can't possibly be right.

So what about it, Ted, you gonna be a sorehead and withhold your endorsement of Donald Trump until he apologizes for these slights against your family, or meets you on the field of Honour or something (do Canadians still do dueling, or are we thinking of hockey)?

"At the end of the day, what matters is not the personal insults," Cruz said Thursday afternoon after casting a vote in the Senate. "What matters is who we can trust to defend the Constitution and the Bill of Rights, to get Washington off the backs of small businesses, and bring back jobs, and to keep America safe."

Oh, we see. Ted Cruz is the bigger man, so all it will take for him to endorse is for Trump to meet some impossibly vague set of criteria vomited up from a Ted Cruz stump speech. And maybe to promise to shut down the government a few times.