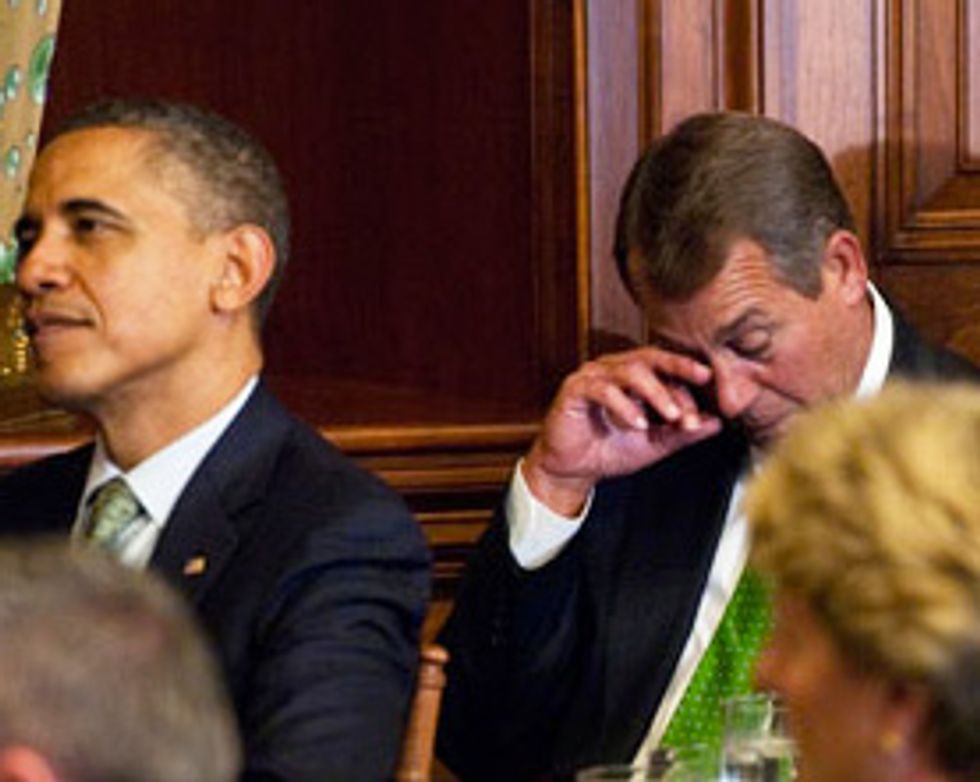 Man, remember when poor ol' whisky-dicked John Boehner only had to worry about Eric Cantor's knife in his back? Now he's got Ted Cruz, salt of the earthcommon man of the people, fighting a stranger in the Alps.

The National Review's Robert Costa (yes yes, we know; he also has every source on the right dialed) reports that Ted Cruz sneaked up on Boehner from behind, and jammed the things down his throat and behind and whatnot, what we are saying is maybe John Boehner should have been better on VAWA.

Boehner’s plan — to focus on a debt-limit package, rather than a drawn-out CR battle — made many conservatives uneasy. As they mulled a response, they reached out to Cruz.

On the call, Cruz told them that Boehner was making a mistake, and urged his friends to fight until the end on the CR. The group agreed, and they complained that Boehner’s shift to the debt limit was a diversion. Senator Mike Lee of Utah joined Cruz on the call, and both senators said they’d stand with House conservatives as they opposed the leadership.

By the call’s end, there was a consensus: until the CR talks are complete, Republicans should whip “no” on Boehner’s debt-limit plan, as a way of preventing the leadership from directing the strategy. And that’s exactly what happened late Thursday afternoon: GOP whip Kevin McCarthy worked the floor, but couldn’t find the votes for Boehner’s debt-limit plan. After McCarthy reported back about the Cruz-inspired uprising, the leadership shelved it.

Ratfucking your friends is definitely the best route to getting elected Speaker of the House -- who, we remind you, does not need to be a member of the House of Representatives -- once poor old Whiskey-Dick John Boehner is boiled in oil.