Ted Cruz Will Save Jew Churches From The Homosexuals 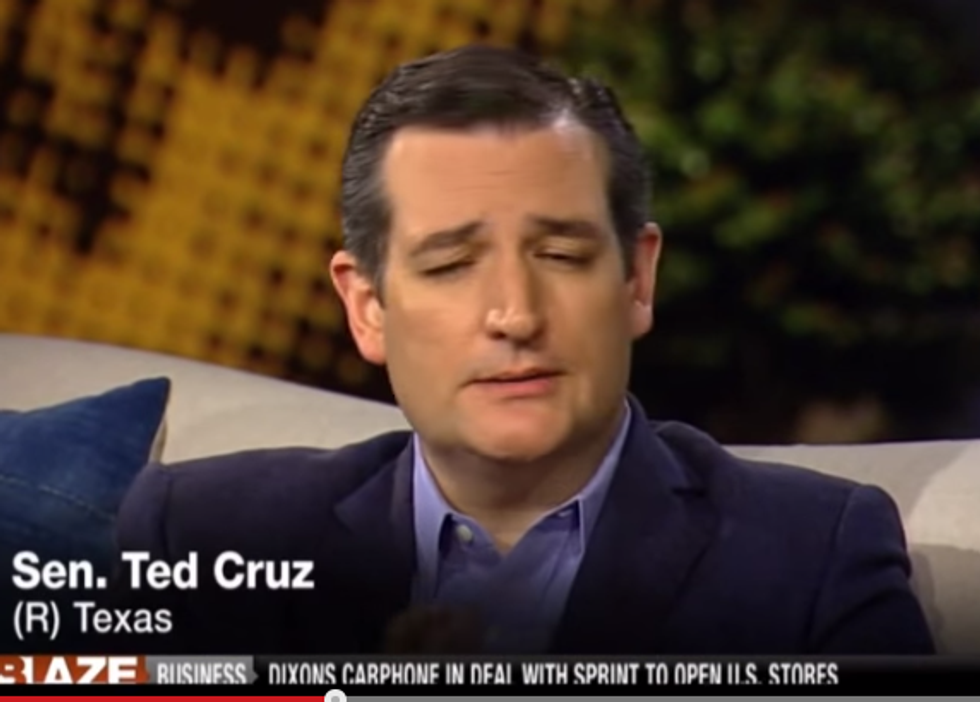 Hey Jewish people, how was your weekend? Did you go to Jew Church and get very upset because you don't want President Obama to force your Jew Church to do gay weddings? OBVIOUSLY YOU DID. But don't worry anymore, because when he is president, Ted Cruz will shut all that down and your Jew Church will be safe forever, PRAISE JESUS! Cruz explained his worries to fellow sane person Glenn Beck last Thursday:

At the oral argument for the gay marriage case, Justice Alito asked ... if the Obama administration prevails and convinces this court to strike down the marriage laws of all fifty states, is the next step for the Obama IRS to come after Christian universities, and by extension Christian grade schools, Christian charities, even Christian churches, and for the matter, Jewish churches or charities or schools? Catholic, Mormon, even Muslim? [...]

If your church, whatever faith it may be [EVEN YOUR JEW CHURCH - Ed.], believes in the union of marriage as one man and one woman, the Obama Justice Department has already admitted it may be targeting your church.

A couple of things here. As Right Wing Watch explains, Solicitor General Donald Verrilli from that heathen Obama Justice Department did not say anything at the Supreme Court about targeting churches what hate the gays. This is a particularly easy lie for Cruz to tell, because he knows that the type of people who think he is S-M-R-T are also very unlikely to question whether or not he is telling the truth or just saying lies, because they are idiots.

But ALSO? Jew Church People are among the most supportive of all the religions, when it comes to the homos. A January Public Religion Research Institute poll found that a full 77% of American Jews think two dudes standing under a chuppah is a Mazel tov!-worthy event. Now Cruz and his dad are probably pretty sure none of those folks are real, actual Jews, but they are wrong and bad and stupid for thinking that.

So to sum up, the Jew Churches are safe, even the weird wingnut ones, and Ted Cruz is a dumbass.