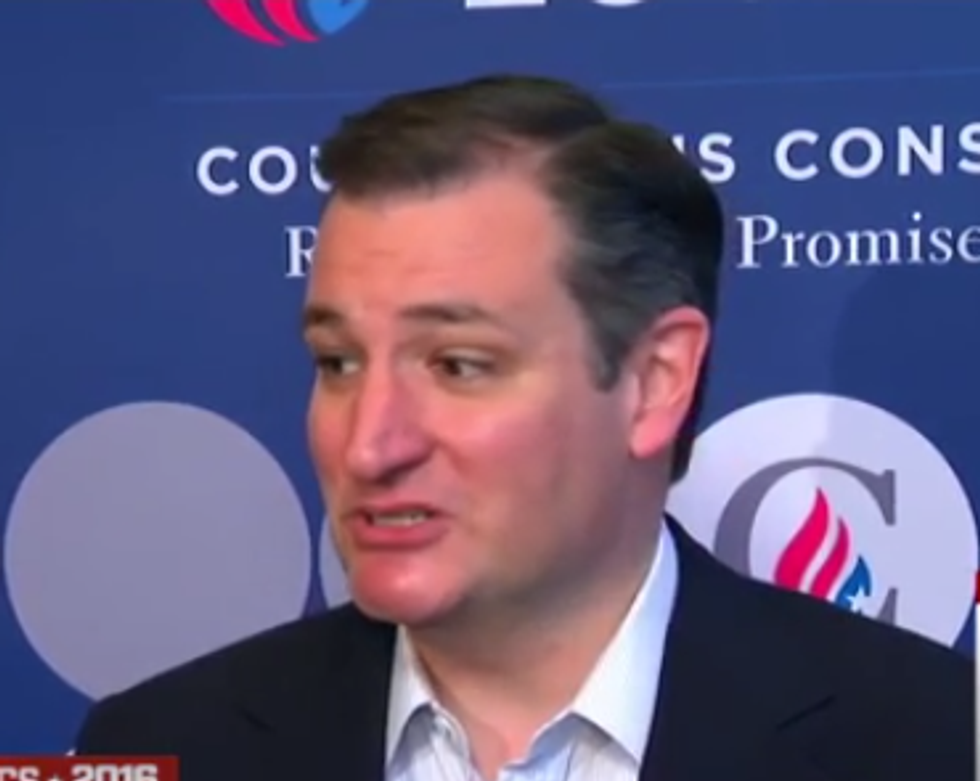 [wonkbar]<a href="http://wonkette.com/598253/ted-cruz-double-dog-dares-donald-trump-to-meet-him-behind-the-gym-at-recess"></a>[/wonkbar]For months and months, Ted Cruz has been all "HEY DONALD TRUMP, DO YOU WANT TO MEET ME BEHIND THE GYM SO I CAN SHOW YOU HOW TICKED OFF I AM, WITH THE TINY FISTS I BLOW MY POUTINE FARTS ON WHEN NOBODY IS LOOKING, SO I CAN SMELL THEM?" And of course, Trump's reaction has been, "Not tremendous, not yooge, do not want."

The Cruz for President campaign released the following video announcing that Donald Trump has accepted Ted Cruz’s invitation for a one-on-one debate.

KNEESLAPPER WE ARE DYING OF "OMG" AND "YA BURNT." Oh wait, that was not the punchline, sorry, we don't get #Canadian humor sometimes.

So there is the video above, and it started like this:

But then all of a sudden it was like this!

You get it? It is Rick Astley singing his famous hit tune "Never Gonna Give You Up!" This is a common #joke on the internet called Rick-Rolling. If you are one of those people who doesn't get jokes because you don't understand things, how it works is people make a video that says one thing, and then after that the song plays and it means you have been pranked and UR DUMB and YOU FELL FOR IT and then everybody in the world is murdered to death by gigglegasms.

For the record, Ted Cruz also thinks these things are funny:

And now we have a Rickroll to go with it, OH BOY WE HOPE HE GETS TO BE PRESIDENT, if our sides don't split in half because he's too hilarious.

Just kidding, fuck him in his punchable, foreign-born nostrils.