Teen Pregnancy Prevention Works Great In Colorado, So Of Course Republicans Try To Kill It 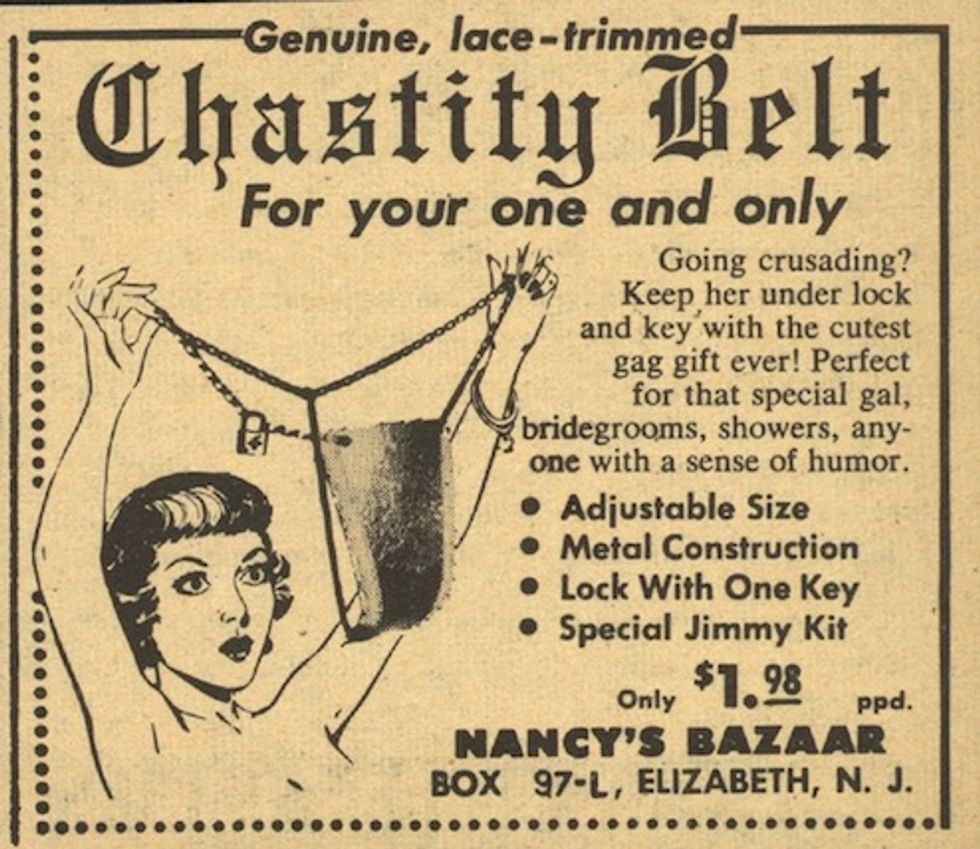 Everyone knows the best way to reduce teen pregnancy rates is to tell teens to Just Don't Do Sex, and they will say, "Oh, OK, then we will not do sex," and that takes care of that, the end.

In those extremely rare circumstances, however, when that doesn't work, it can be effective to teach teens about safe sex and to arm them with contraception. The Colorado Family Planning Initiative, for example, just won an award for reducing the state's teen birth rate by 40 percent, which sounds pretty impressive. More impressive than the states where they only teach kids Just Don't Do Sex and somehow have the highest teen pregnancy rates, WEIRD.

You'd think any program that can produce those kinds of results would really appeal to conservative family values types who believe only nice white married ladies who live in split-level suburban homes while their husbands are corporate jobbing for The Man should have babies (lots of babies!). But hahahah, you'd be an idiot if you thought that, because the reason the state's teen birth rates have been cut almost in half is that the program distributes reduced-cost or even free IUDs to low-income teens, so that when they do sex -- as teens do, no matter what you tell them at Bible study -- they do not get pregnant:

Nonetheless, right-wing Republicans balked at the idea of using public dollars to fund IUDs, suggesting that it amounts to subsidizing teenagers’ sex lives. Some opponents also claimed that IUDs are “abortifacients” that shouldn’t be paid for with government money. On Wednesday, a GOP-controlled Senate committee voted down a bill that would have appropriated $5 million toward the program.

Standing behind green boxes symbolizing the “millions of dollars that can be shifted to new priorities because of the effects of the LARC program,” Corrine Rivera-Fowler, deputy director of the Colorado Organization for Latina Opportunity and Reproductive Rights, said, “[The Colorado Department of Public Health and Environment] estimates that the LARC program could save Colorado $49 million to $111 million in Medicaid dollars per year in birth-related costs.”

Supporters repeatedly pointed out that every dollar invested in low-cost contraception saves $5.85 in Medicaid costs.

We're not experts or anything, but spending $5 million to save up to $111 million seems like a pretty good deal for Colorado taxpayers, right? Eh, but who cares, those taxpayers would probably rather cough up the extra dough for Medicaid costs than see one shiny nickel go toward encouraging teens to fuck each other with reckless abandon, which is not what the program does, but again, eh, who cares. REPUBLICAN TALKING POINTS!

RH Reality Check adds, on a totally unrelated note, that the same genius Republicans in the Colorado Senate who want to save the taxpayers from footing the bill on contraception also introduced a bill to impose a 24-hour waiting period for abortion patients. Making abortion less accessible is another terrific way to not save the state money and not reduce teen birth rates. But hey, as long as it's preventing teens from having sex, even though it's not, it's worth it, right? At least according to Republican math.