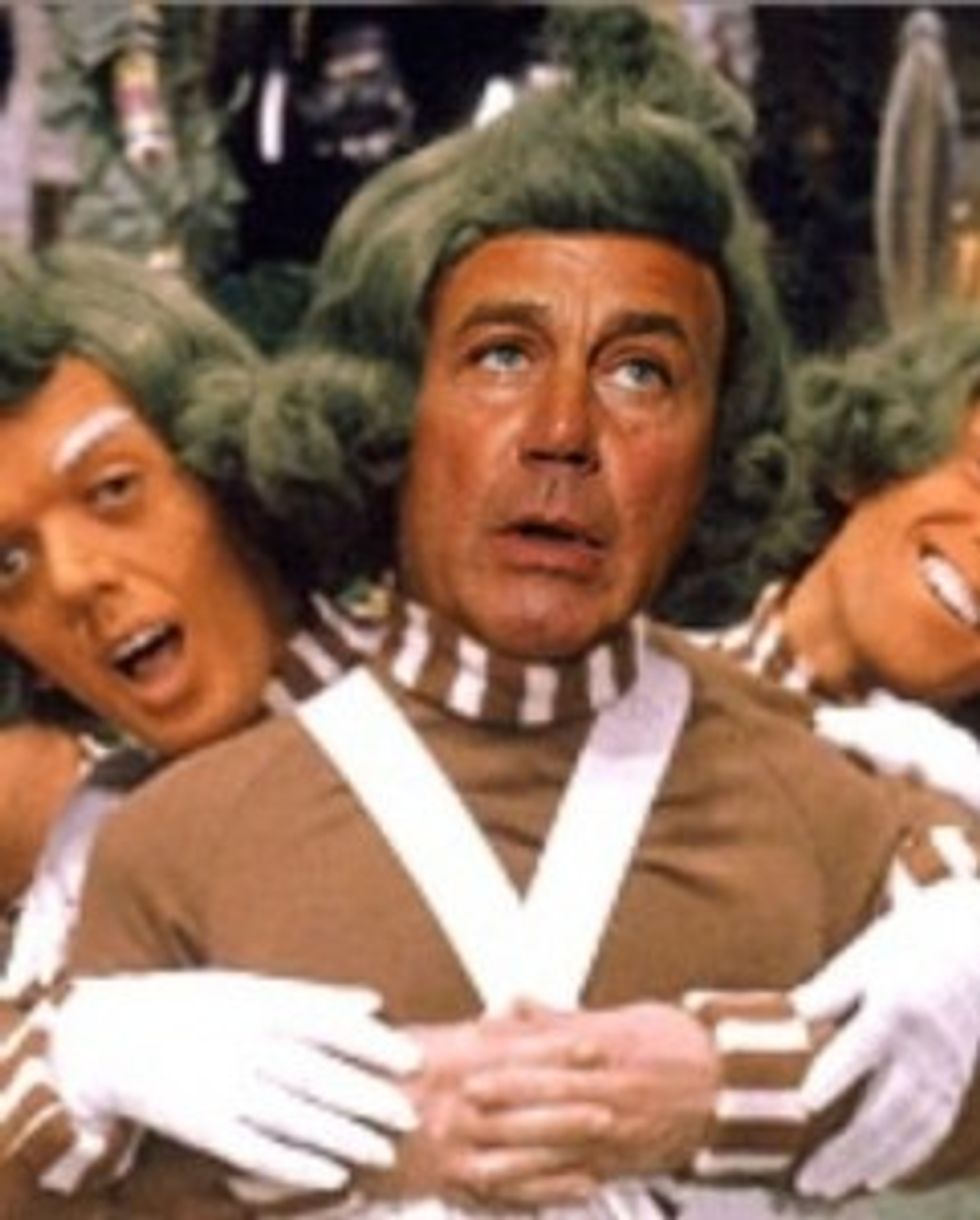 Yesterday Barry Obama’s tanning taxwent into effect across the land, adding 10% to the cost of every tan. Why are we getting this tax again? Oh right, because Obama’s already tanned and doesn’t have to pay for his golden brown. Also, he ObamaCares about you getting cancer. But he doesn’t care at all about the nation’s tanning salon owners--who now face the death of their American dreams/“genocide."

In cosmopolitan Lincoln, Neb. yesterday, an angry mob of Orange-Americans stormed the state Capitol to protest how demanding an extra dime for every $1 spent on tanning will destroy what's left of the U.S. economy. According to the Associated Press, "slightly tanned” Gov. Dave Heineman promised he will destroy ObamaCare by burning it up with UV rays shot from his eyes. And state senator and "cattle feeder" Ken Schilz proudly announced, "I am Ken Schilz and I do tan!" while showing off his "rich bronze skin." (Schilz's cattle also tan.)

Some tanners also showed up to the riot in Lincoln holding signs that asked, "WWJD? What Would JerseyShore Do?" Let's keep this question in mind from now on as we go about our lives, what do you say.

Did you know that nobody even consulted the tanners, before imposing this cancerous tax on cancer-making? Jodi Garrett, owner of Maya Tan in Greenville, S.C., told her local CBS news station that she didn’t even get an Evite inviting her to participate in the new tax program:

She says, "No formal notices have been sent to any salons in the United States about the tan tax. I heard it from a client."

Garrett then showed the teevee reporter a wrinkled photocopy of the U.S. Constitution hanging on her wall (a Teabagger gave it to her at Glenn Beck Bingo last Tuesday) and pointed to the 14th Amendment, which clearly states that tanning bed operators are a “protected class.”

Meanwhile, conversations like this one in Triad, NC, are taking place in tanning salons across the nation AT THIS VERY MOMENT:

"You do realize it's going to be a dollar ten today?" asks Tonya Bowles, the owner of Aah-Som-Rays tanning salon in Greensboro.

"Because of the tan tax."

Not everybody in America’s tanning underground is all "eww!" about the new tax, though. People who get their moms to pay for tans aren't affected by the new tax, so they don't really give a shit. (Sometimes dads will chip in for tanning, too, just to stop the kids from complaining about having to look so pasty.)

But most Americans probably agree with the Indoor Tanning Association, which wants to Repeal the Tanning Tax!, and folks like Beach Bum Tanning CEO James Oliver--who calls the 10% tax "a for-profit industrial genocide, which is going to wipe us out at the hands of the dermatological industry." Why do the dermatologists hate cancer? [Wall Street Journal/AP/WSPA.com/