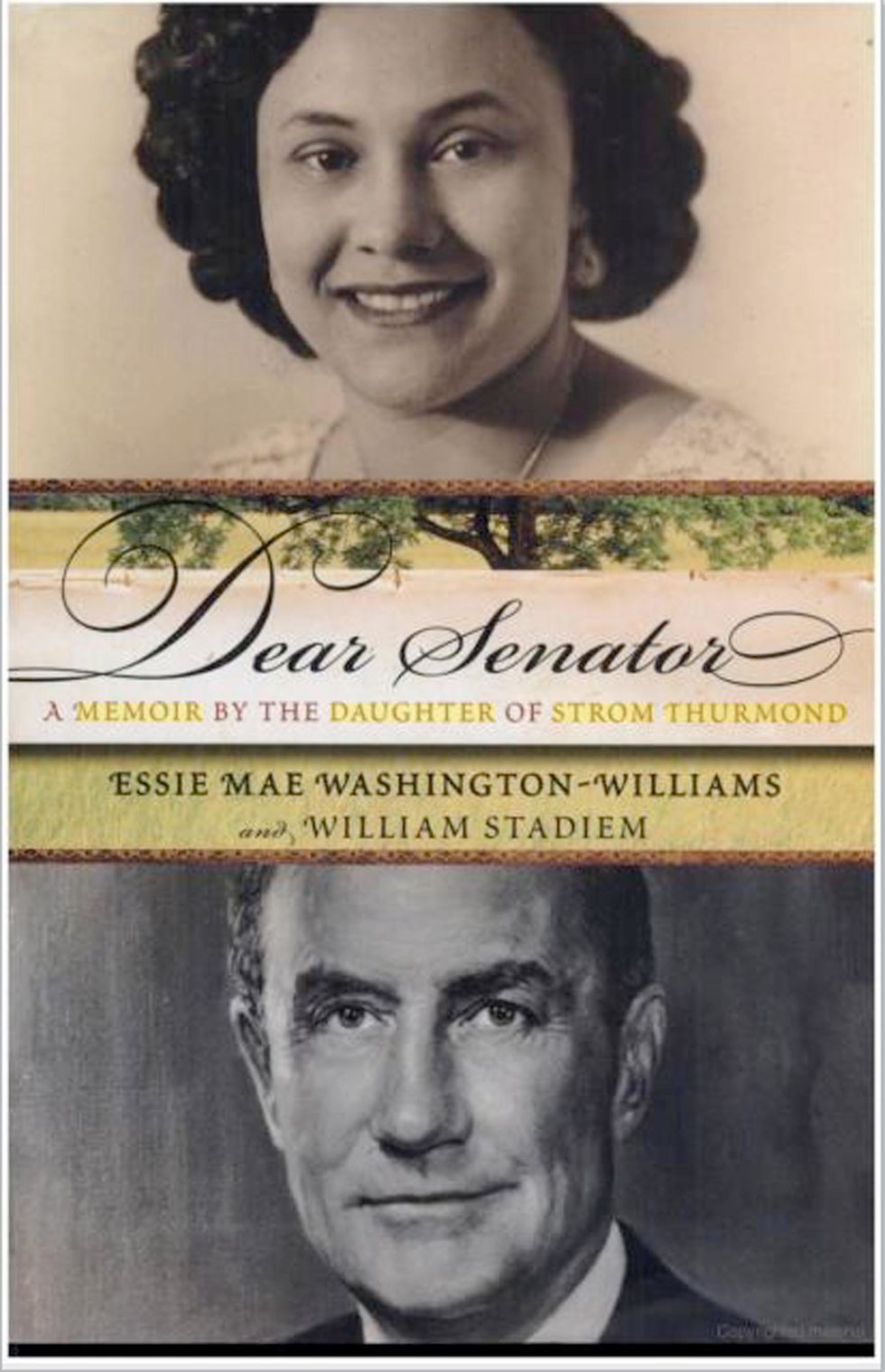 Essie Mae Washington-Williams, the secret-until-his-death, bi-racial daughter of South Carolina Senator Strom Thurmond and Carrie Butler, a Thurmond family household servant, has died at the age of 87. Ms. Washington-Williams was by all accounts a lovely, refined, gracious woman, who for some reason was able to love and respect her father, a lifelong segregationist. The lady even waited until he was dead to tell the world she was his daughter.

“Throughout his life and mine, we respected each other. I never wanted to do anything to harm him or cause detriment to his life or the lives of those around him. My father did a lot of things to help other people, even though his public stance appeared opposite.”

We also want to remain as respectful as we can of this woman who has died. But oh my God she wouldn't tell people she was his daughter because it would "cause detriment to his life" if people knew he had raped a 16-year-old maid in his family's service and had a baby, because first of all, rape is bad, and second, the lady he raped was black, and third, Strom's entire career was based on keeping the black people down. We just didn't realize he meant that so literally.

Strom Thurmond was the longest-serving Senator in United States history, and if he was anything, he was consistent - consistently fucking awful. Even his 100th birthday party got so racisty and sexisty that Trent Lott, at the time the Senate Minority Whip, lost his job, just for what he said in praise of Strom Thurmond. It could truthfully be stated that Strom Thurmond was not merely racist and sexist himself, he was an impetus of racism and sexism in others. He was the most notoriously pervy, lecherous, pawing, leering, groping poonhound ever to chase a secretary around a desk in the US Capital, and there have been some fucking poonhounds in the US Senate.

He also opposed the Civil Rights Act with a 24 hour filibuster and once had sexy time with a lady condemned to death, on her way to death row, because, why not?

And here is the Thurmond money-quote: "All the laws of Washington and all the bayonets of the Army cannot force the Negro* into our homes, into our schools, our churches and our places of recreation and amusement." Of course Strom could force himself into them anytime he wanted though, because, woo hoo, she was right there.

But it is still nice that his daughter was able to make peace with their relationship.

* Update, 5/25/2014: While researching "Sundays With the Christianists," we discovered that we this piece uses a sanitized version of this quote. In 1948, Thurmond actually said "the nigger race," not "the Negro," although many modern media outlets use the sanitized quote.