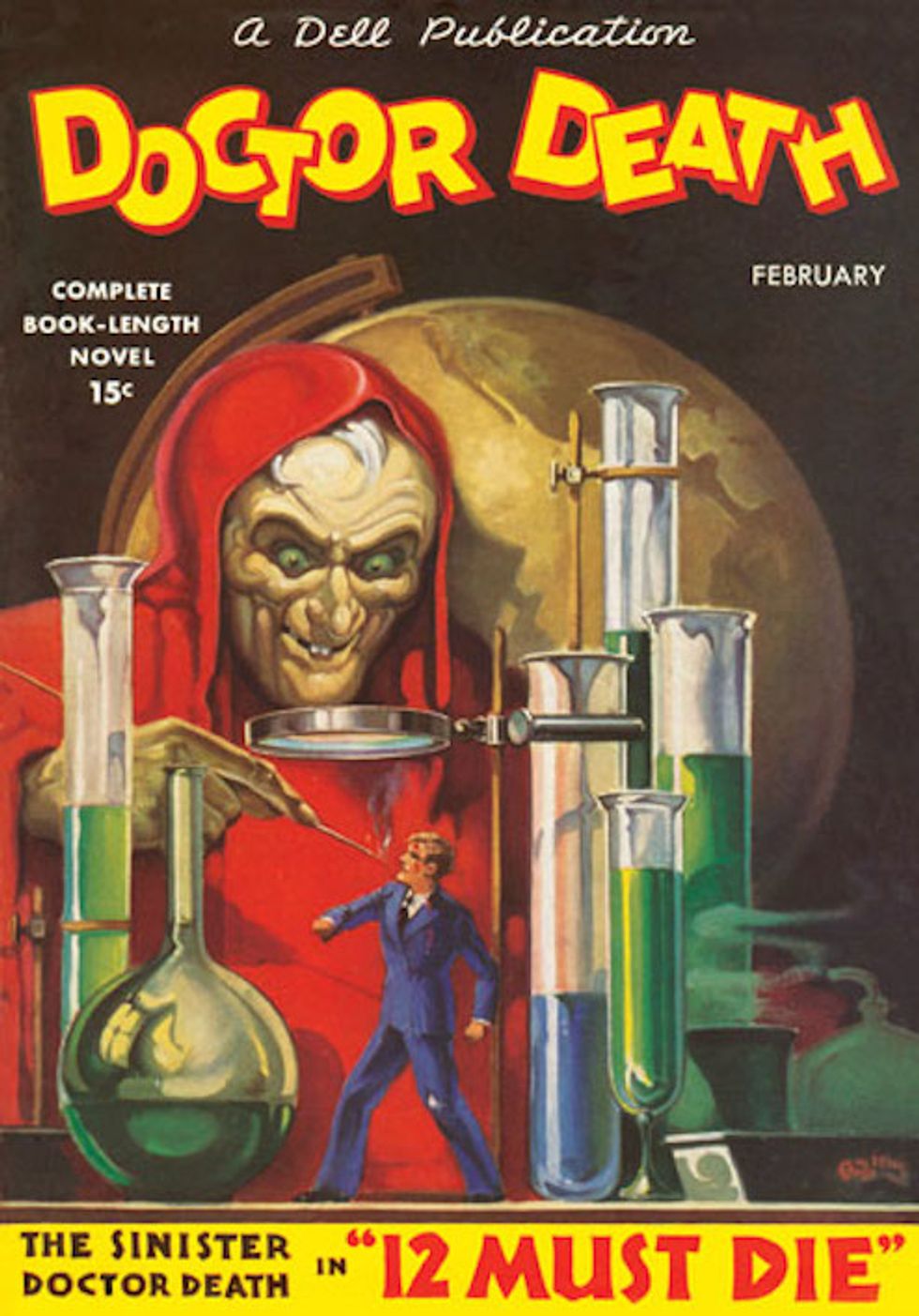 It's no secret that we think Texas Attorney General Greg Abbott, running against Wendy Davis for Texas gub, is a douche of the first degree, but this time he has really gone above and beyond in terms of sheer awful for no real reason that we can discern except that he is a terrible person who does terrible things and also too because tort reform.

So there's a doctor in Texas that did alarming and not very healthcare-professional-y things like maim and kill patients thanks to doing spinal surgery while high on cocaine, and now the hospital that employed him is being sued for not stepping in and stopping Dr. Kill McMaimerson. The state of Texas is not named in the suit, which means the Attorney General is not obliged to defend the suit, but Greg Abbott has asked to intervene and defend the hospital anyway, because Greg Abbott is a monster.

First, we really need to school you on how bad this doctor, neurosurgeon Dr. Christopher Duntsch, really was, because he was really fucking bad. He maimed two patients and paralyzed four others in the span of two years. TWO YEARS. Meanwhile, his colleagues freaked the fuck out.

[O]ne doctor compared him to a serial killer. Another surgeon was so alarmed by Duntsch’s actions that he took away his surgical tools in the middle of an operation. The surgeon’s roommate and closest friend says Duntsch operated on him after a night of using cocaine, and he emerged from the surgery a quadriplegic.

That is really unbelievably bad, and it should be a slam dunk to win a lawsuit about this, except that Duntsch has filed for bankruptcy and moved out state, which means he'll likely never pay a dime.

If Greg Abbott has his way, Baylor won't have to give up any coin either, even though the hospital made a cool $65k profit per surgery.

Did you get that? Are you ready to move on from it? Okay.

State law requires the plaintiffs to prove Baylor acted with actual intent to harm patients, but the suits claim that statute is unconstitutional.

Abbott, who is running for governor, has asked the court permission to defend the statute, although he is not required to do so.

So in order to win a malpractice lawsuit in Texas right now, you have to prove that the doctor strolled into the operating theater and thought "hey hey, I'd like to kill someone today" instead of just being a coked-up out of control clear and present danger of a doctor. This is a terrible ridiculous thing and a bar that can never be met, because what doctor is going to get on the stand and say "sure, yep, that's the day I decided to fuck up and paralyze someone, yes indeedy," which is why the plaintiffs in this case are trying to have the law declared unconstitutional But Greg Abbott, who never met a piece of tort reform he didn't like -- exceptions, as always, for the multimillion dollar lawsuit he filed and won -- wants to make absolutely sure the law stays in place -- so sure that he will intervene to defend a hospital against paying out money when people were killed and maimed.

That's some Christian family values right there. Jesus must be so proud.