GOP Congressman Would Like To Do Some Texas Justice To Rapist Brock Turner. No, For Real. 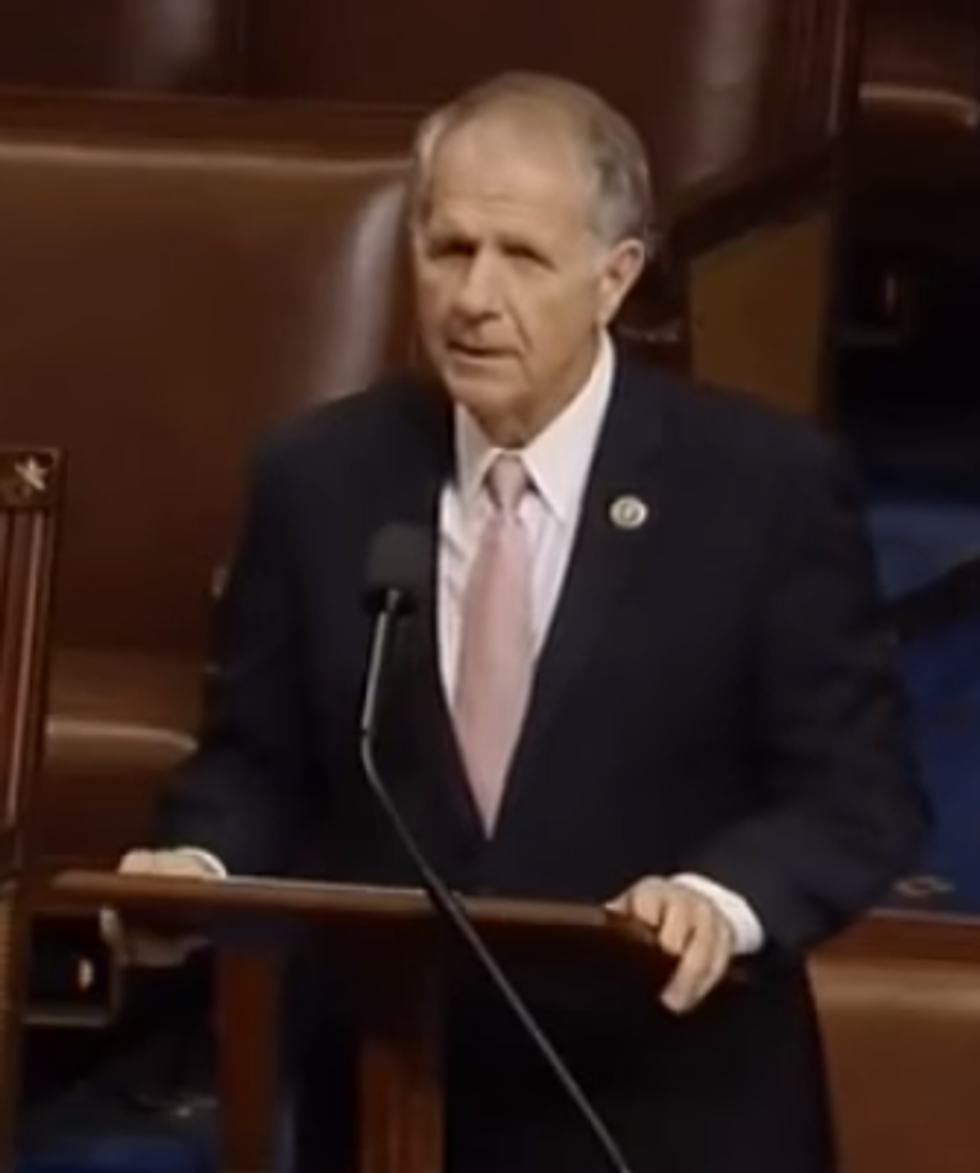 Cheer him, at least for this.

And now for your daily reminder that #NotAllRepublicans are bad all the time. Texas Congressman Ted Poe, a Republican, is kind of a dumbass sometimes. He has been featured on the august pages of Wonkette before! One time he delivered an insane rant on how, if we can collect all the illegal Brazilian grasshoppers, why can't we capture all the illegal Mexicans, HUH? Another time he proposed that we should have an entire U.S. of America government agency of Clinton investigatin', so we can finally investigate the Clintons. Ayup!

But a generally dead of brain Texas congressman is capable of being correct occasionally, and Rep. Poe, who RawStory points out used to be a criminal court judge, would like you to know that when he's Right About A Thing, holy fucking shit he's right.

[wonkbar]<a href="http://wonkette.com/602615/did-your-son-rape-a-woman-we-mean-drink-excessively-and-do-promiscuity-to-her"></a>[/wonkbar]Here is what he had to say on the House floor about Stanford rapist Brock Turner, the pitiful judge who gave that poor put-upon boy only six months in prison, and Brock's idiot dad complaining about how it's NO FAIR that his son has to go to jail for more than twenty minutes. It's a long transcription, because OH BOY:

Two Stanford students were biking one night when they noticed a half-naked woman lying motionless behind a dumpster with a male student on top of her. When they confronted the attacker, the man took off in the darkness of the night. The good Samaritans were able to catch the coward and knock him to the ground. The woman, just 22 years ... of age at the time, was being raped, and the rapist was caught in the act. When the victim regained consciousness, she was on a gurney, covered with pine needles, and was bleeding.

Her assailant was Brock Turner, a scholarship swimmer at Stanford. Brock was found guilty of the sexual assault on three counts. His sentence? A mere six months in prison, and three years probation. Because, the judge said, quote, a prison sentence could have a severe impact on him. Well isn't that the point?

The punishment for rape should be longer than a semester in college. The defendant's dad called it a "steep price to pay for twenty minutes of action." Clearly, Brock is a chip off the old block and daddy will never be named Father Of The Year.

For many victims ... rape is a fate worse than death, and here's why. Because rape victims say after being raped, they die emotionally many times. And with homicide, one dies only once.

Holy shit, is this really a Texas Republican man politician preaching about the realities of rape? Yes, yes it is.

Poe then proceeded to read from the victim's statement. A LOT OF IT. Then he kicked the judge who gave Brock the lame-ass sentence, Aaron Persky, right in the nuts:

I was a prosecutor and a criminal court judge in Texas for over 30 years. I met a lot of rape victims, and learned how these attacks sometimes devastate their lives. This judge got it wrong. There's an archaic philosophy in some courts that sin ain't sin as long as good folk do it. In this case, the court and the defendant's father wanted a pass for the rapist because he was a big shot swimmer. The judge should be removed. [...]

As a country ... we must change our mentality and make sure that people recognize sexual assault and rape for the horrible crimes that they are. As a grandfather of 11, I want to know that my granddaughters are growing up in a society that has zero tolerance for this ... criminal conduct. No means no! And a woman who is unconscious does not even have the ability to consent or fight back.

Victims like this remarkable woman must know that this society and the justice system are on THEIR side. [...]

Rape is NEVER the fault of the victim, and that's just the way it is.

Oh for the love of all things holy, please just watch the whole video. Stellar fucking job, Congressman Poe. You are now excused to go draw up plans for your Department Of Clinton Investigatin'.