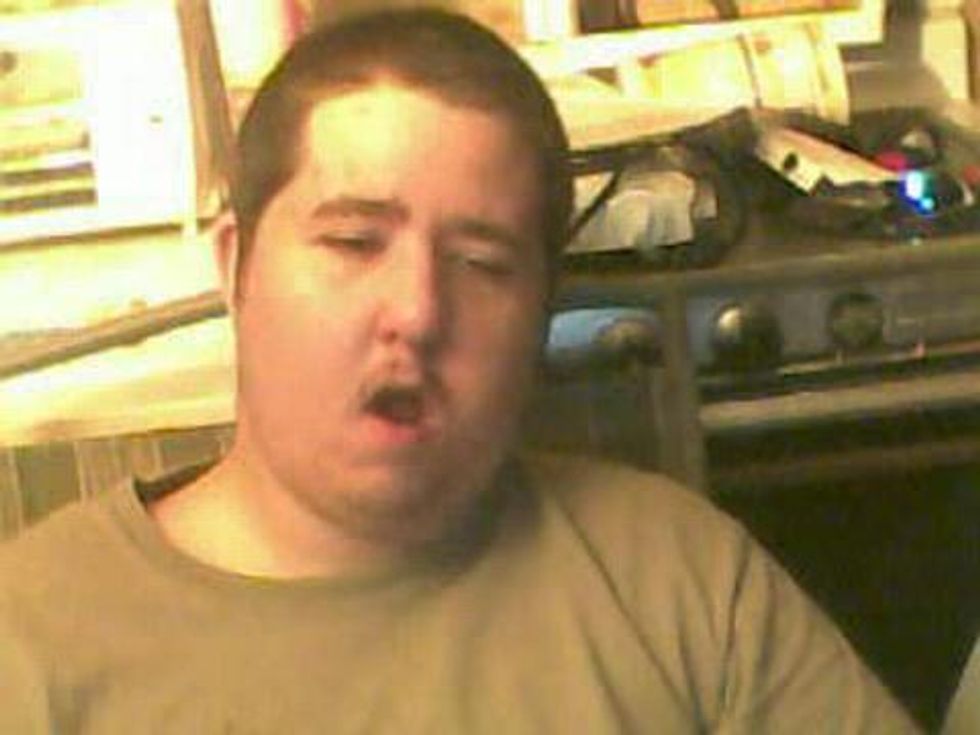 The state of Texas is understandably not very good at balancing its budget when an economy like this comes along, because it doesn't care for book-learnin' things like accounting, and would much rather spend its time perfecting its shooting-a-gun-in-the-air-indiscriminately skills. Unfortunately, it will have to eventually, but Texans are busy shooting their guns in the air indiscriminately in celebration of recentlylowering state taxes on loose-leaf tobacco, which makes their budget situation even worse. But on the other hand, YEE HAW, CHEWIN' TOBACCY! When asked by the "only [legislator] to question the measure," state Rep. Jason Isaac (R), if he would could live with the bill leading to more tobacco use in the state, bill sponsor Allan Ritter (R) responded, "I'm very happy with that." Texas!

Isaac was "shocked" when the bill showed up on the floor.

"We just created an incentive for people to use cancer-causing products," Isaac said after the bill was approved. "When we have the fiscal problems that we have, it's wrong to be cutting taxes on products like chewing tobacco."

Is this guy sure he's a Republican? He just SUPPORTED a tax. He's a freshman legislator. Somebody's never getting elected again.

Ritter said in an earlier interview that "for all of us that chew tobacco, it's a damn good thing."

It's not clear from this quote if the "good thing" he's talking about is the tax being cut or getting mouth cancer, but technically it's both, right?

Texas is going to have to solve this shortfall sooner or later. It's not clear if it's possible to degrade services to the poor any more, so they may in fact have to raise taxes, as painful as that will be to pass. Maybe they can put a tax being gay? Sure, that would still be a tax, but it wouldn't be levied on anyone Texas considers to be actual citizens. [Austin American Statesman via Wonkette operative "Leah"]