Texas Lady So Mad Airbnb Gave Her Bed, Breakfast And Bigotry The Boot 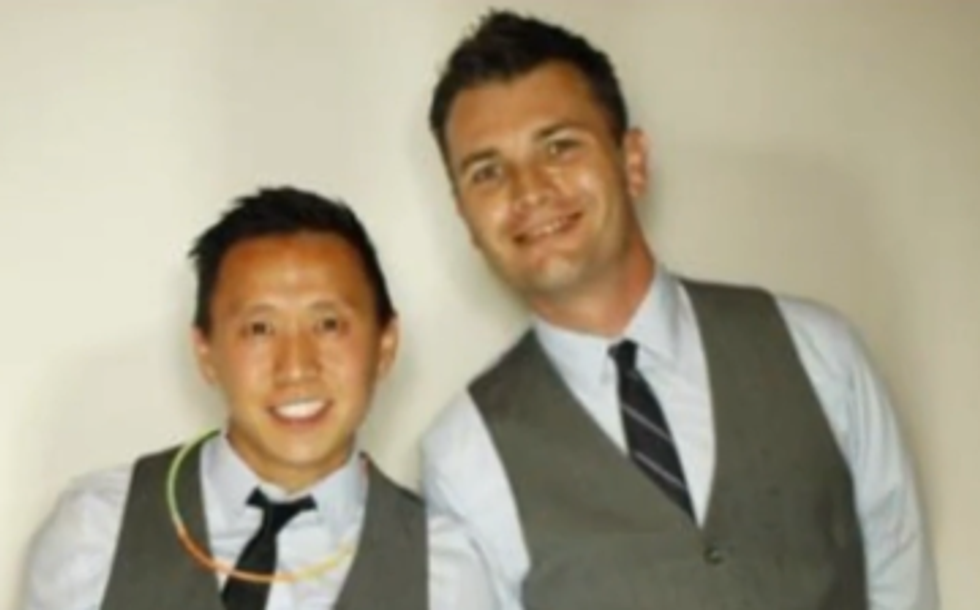 Let's fire up a new GoFundMe for a lady bigot what's hatin' the gays! The city: Galveston, Texas. The business: Airbnb. The gays: Jonathan and Brent. So here is what happened. Jonathan Wang and his man-lover Brent (no last name provided, maybe he is like Madonna!) were in Galveston to see their friends get married, and they found themselves a nice bed and breakfast on the Airbnb website. Everything was great until they came back and met the owner, some bing bong named "Heather," who inquired as to where his lovely wife might be. Wang was like "nope, lady, ain't got no wife, but this is my man friend Brent!" Heather did NOT like that:

"She said I thought you were bringing a wife. I said I didn't say that specifically. I said is that going to be OK? She said. It's not," said Wang.

Wang said the hosts told them to get out. He said he began packing his things.

"She also commented while we were going upstairs that was their bedroom upstairs so they were even more uncomfortable with it," said Wang.

It was a giant pain in the ass, but Wang and his dude-friend found a new place. As for Heather, she explains that she was "completely of her realms and morals" in making her decision, which are some words that do not even make sense together, even in Texas. We are going to guess she was homeschooled.

Heather is certainly correct that she has the right to discriminate against gays and lesbians in the state of Texas, as there is no law against doing so there. And her ad DID say that their Airbnb property was "straight-friendly," though she could have been more specific about just HOW "straight-friendly."

We also understand that Heather probably subscribes to a reductive version of conservative Christianity that holds gay-hating as a sacrament, so she feels this is a very important thing to do, so that she may not be prevented from going to Heaven and living for eternity with Fred Phelps and his god.

But unfortunately for Heather, she's not welcome on Airbnb, because that company is ALSO completely "of its realms and morals" and has clearly declared war on good gay-hating Christians. The company released the following statement to ABC13:

"We have a zero tolerance policy for discrimination on Airbnb. The host in question has been removed from the site. Airbnb has clear guidelines that a host or a guest may not promote hate or bigotry."

Don't let the door hit ya where the good lord split ya! We're sorry, bigot lady, but if you want to rent out rooms in your fag-free bed and breakfast, you're going to have to put it on Craigslist, where nobody looks for Airbnbs, ever. Or maybe Heather could start her own secret website for likeminded wingnut people. How about Beds, Breakfasts And Bigots? That has a nice ring to it.