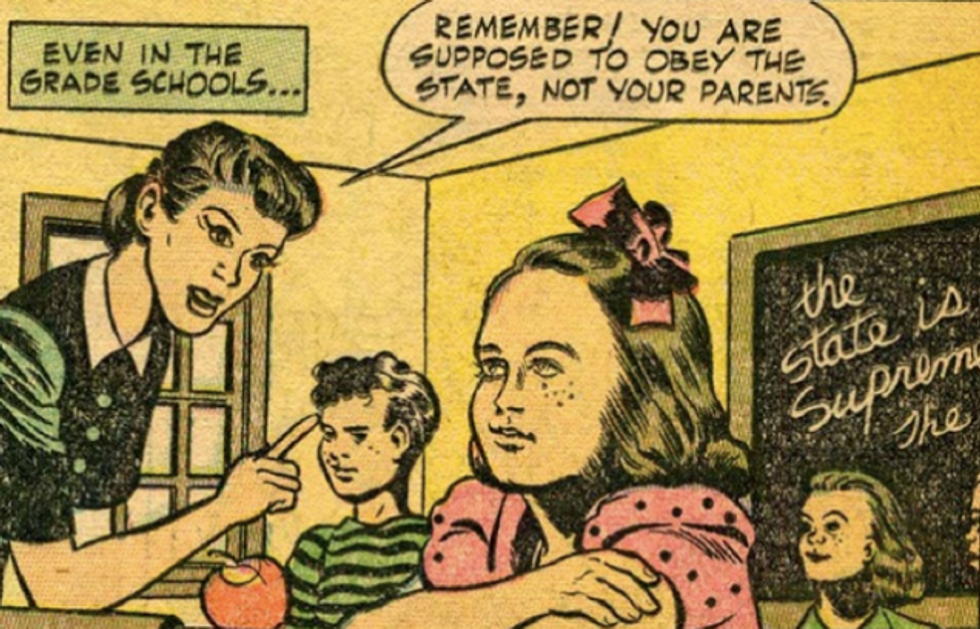 Remember how some parents in one of Texas's richest school districts were complaining that a book about poor people was being taught in an advanced placement English class? The parents were upset because David K. Shipler's The Working Poor: Invisible in America was too "sexually explicit" for 11th graders, plus it was about poor people, and also since it wasn't "literary," it didn't even belong in an English class.

Well, here's a heck of a surprise: Turns out it wasn't so much "parents" complaining about the book as one parent, Meg Bakich of University Park, who explained in an email to the Dallas Morning News that she had decided to drop her complaint against the Highland Park Independent School District -- not because she thinks the book is OK, but because "we do not have faith in the process under the current policy," and that the committee chosen to review the book is "unbalanced" and would not fairly review it.

“The committee membership should be objective and without participant prejudice to ensure integrity without conflict,” she said.

On a local right-wing radio show, Bakich continued to describe The Working Poor as "sexually explicit" and added that she considered it "a socialist, Marxist book." Bakich also fretted that English classes have become "a year-long undermining of American values."

We gave that "Women on the Wall" podcast a listen, so you wouldn't have to, and Bakich was very unhappy that an English class was addressing "social issues," which only belong in a political science class, as we all know that reading and writing are totally disconnected from thinking about nonfiction. And great novelists never addressed social issues either, so please go burn all your Dickens books.

All she wants, she said, is some balance to the "socialist, Marxist book," which she insisted were accompanied by "socialist, Marxist handouts" to the class as well. Did she include examples of what she considered "Marxist"? Haha, you ask silly questions! Apparently the book just didn't tell the working poor to work harder like that nice Ben Carson, which makes it Marxist.

She then returned to her complaint that students were writing about social issues in an English class instead of learning how to read well and write well, and to study "great literature," because apparently in college, no one ever needs to write the kind of analytical arguments that Yr Dok Zoom assigned in every single semester of First-Year Composition that he taught. Incredibly, the host then explained that 17-year-olds are incapable of making rational arguments about social issues; she again came back to the anal sex thing, which she claimed would lead some kids to pornography addiction, because with kids, you just never know. And there went 13 minutes of my life.

For his part, Shipler told the Morning News he was pleased by the withdrawal, and added that he "laughed out loud" at her description of his book as "socialist" and "Marxist."

He said he detests Marxism, especially after seeing it up close as a New York Times correspondent in Moscow in the 1970s.

“The idea that I wrote a book that’s Marxist? It’s ridiculous,” Shipler said.

Which just goes to show you how deep the indoctrination goes, if the dirty commie can't even recognize what a Marxist he is, not to mention a pornographer.