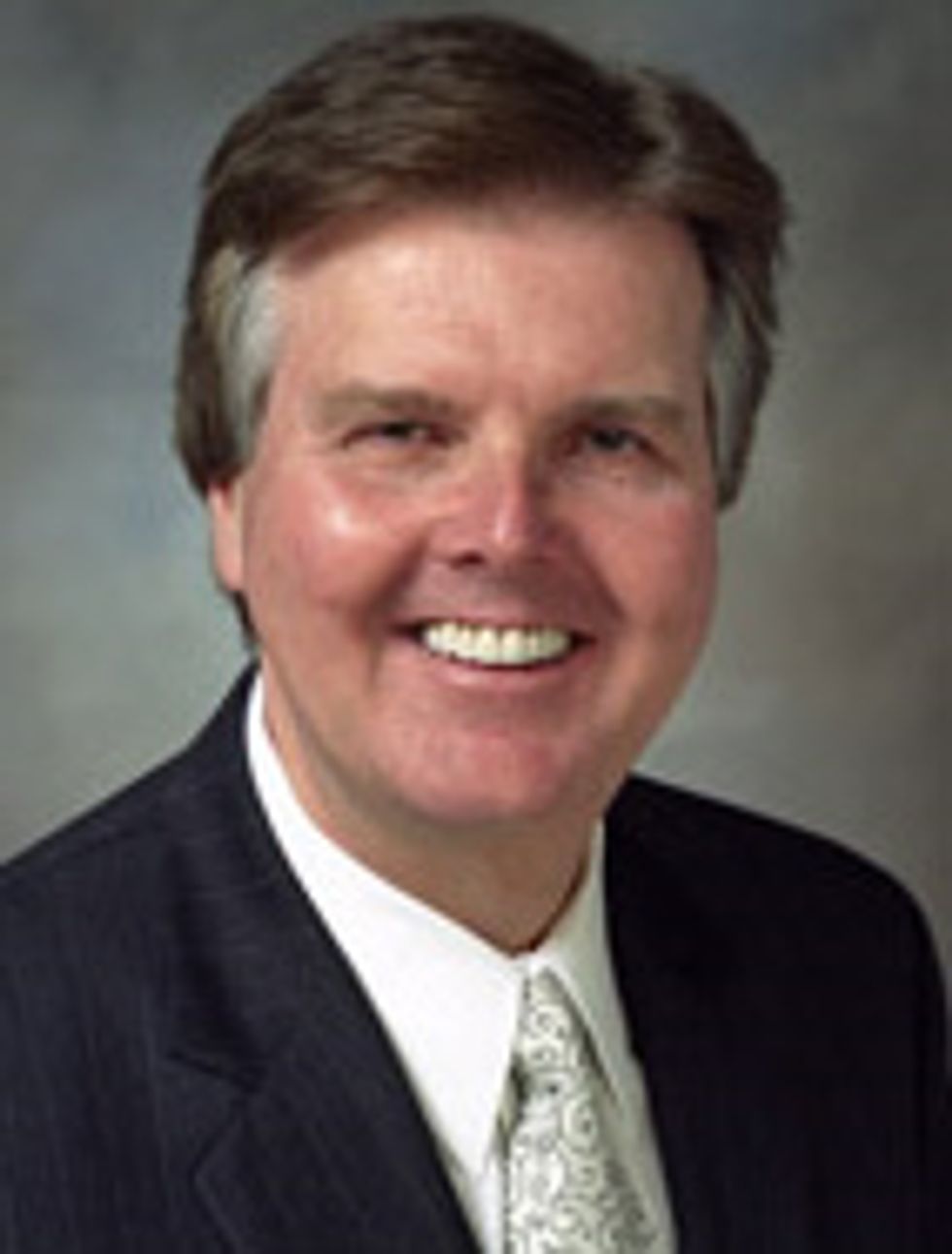 Some Republican legislators in the sovereign nation of Texas have formed a new supergroup called the Independent Conservative Republicans of Texas, yee-haw, tohelp teabagger activists ruin things and also distance themselves from the radical feminist welfare moms who have taken over the regular Texas GOP. The ICRT just launched its new website, which is very brown (!) and has Founding Father pictures and Ronald Reagan junk all over it, what did you expect. There's also stuff like "core principals" (hate homos/love fetuses/amen).

This all differs from the Texas GOP *how*? The founder of this exciting new organization, State Senator Dan Patrick of Houston, told the Star Telegram that Real Patriotic Conservatives need a place to go that doesn't have what's his name, the strip-club what-up guy, Michael Steele.

"I don't want those folks to represent who we are," Patrick said.

A fun-fact about Dan Patrick is that he once asked a doctor to neuter him live on the radio. For better teabagging, he did this.