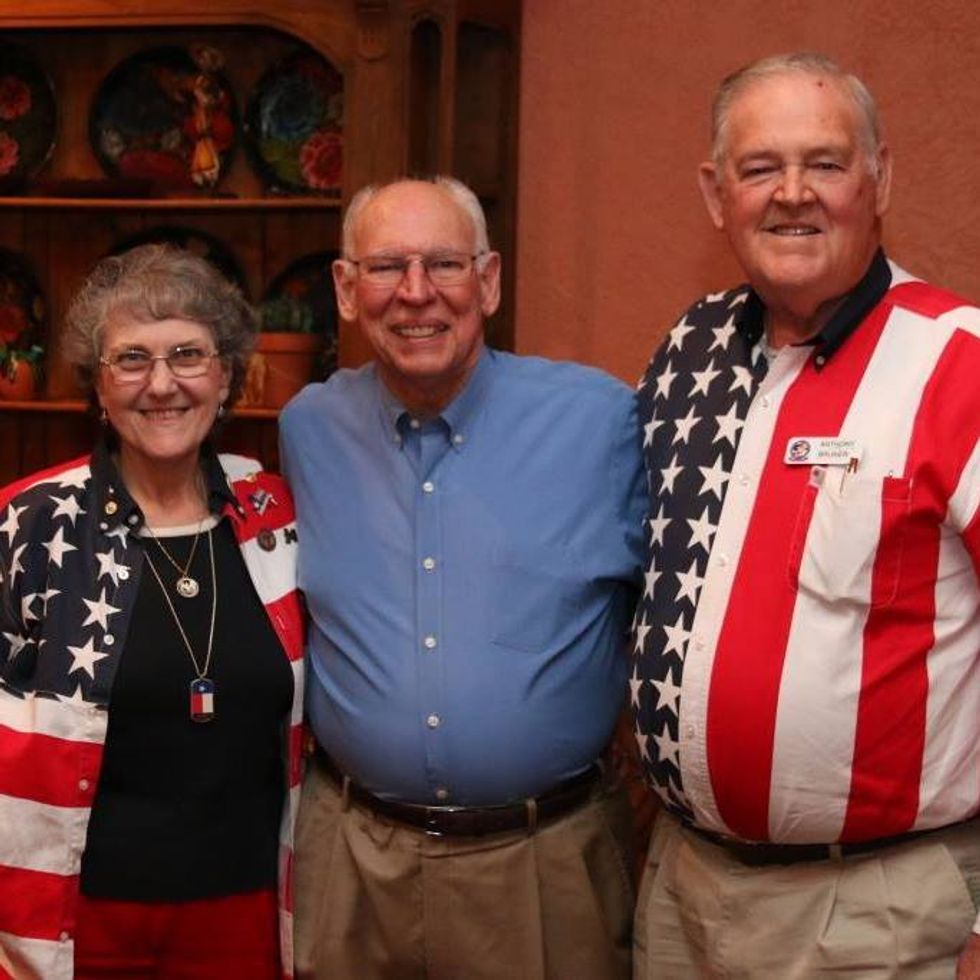 The crazy candidate lady Mary Lou is on the left, next to Ted Cruz's insane father.

Do you remember our new favorite Texas lady, Mary Lou Bruner? She is running for seat on Texas's STATE school board of education, and according to Slate she is likely to win! This lady made us all giggle in terror when she (who wants to control children's education) explained on Facebook that Obama loves the gays because of how he used to suck cock for cocaine money back in his younger days.

[wonkbar]<a href="http://wonkette.com/598811/texas-school-board-candidate-cant-wait-to-teach-kids-about-obamas-gay-whoring-days"></a>[/wonkbar]AND she believes dinosaurs went extinct because Noah accidentally brought baby dinosaurs on the ark, instead of sexually mature dinosaurs who could do spooge to each other's sin holes and get preggers with dino babies. AND she said House Speaker Paul Ryan looked like a terrorist when he had a beard, which is factually incorrect. Paul Ryan looked HOT with a beard.

Well now she is upset about Pre-K programs, which are very popular among most everyone alive, but Mary Lou can tell they are just indoctrination centers for kids to learn how to suck gay cock and murder Jesus:

Oh sure, you might say, pre-K makes kids learn faster, and gives them a leg up as they move through elementary school, no matter their race or socioeconomic situation. But having smarter kids who are eager to learn isn't so great when they only thing they're eager to learn about is gay barebacking. How can you even argue with Mary Lou right now?

Or to put it another way: Do you really want to have a kid who's so well-prepared for elementary school that they spend kindergarten writing in perfect cursive handwriting about how they hate their dumb bigots parents and just want to go be homosexual somewhere? What if they're so smart they write all of that in French, so their dumb bigot parents can't even read it?

[wonkbar]a href="http://wonkette.com/600784/oh-noes-texas-might-vote-to-secede-whatever-shall-we-do"[/wonkbar]Mary Lou knows what is up, and she is obviously a fantastic choice to direct the education of 5 million kids in Texas. Just think what she can accomplish once Texas secedes from the USA.