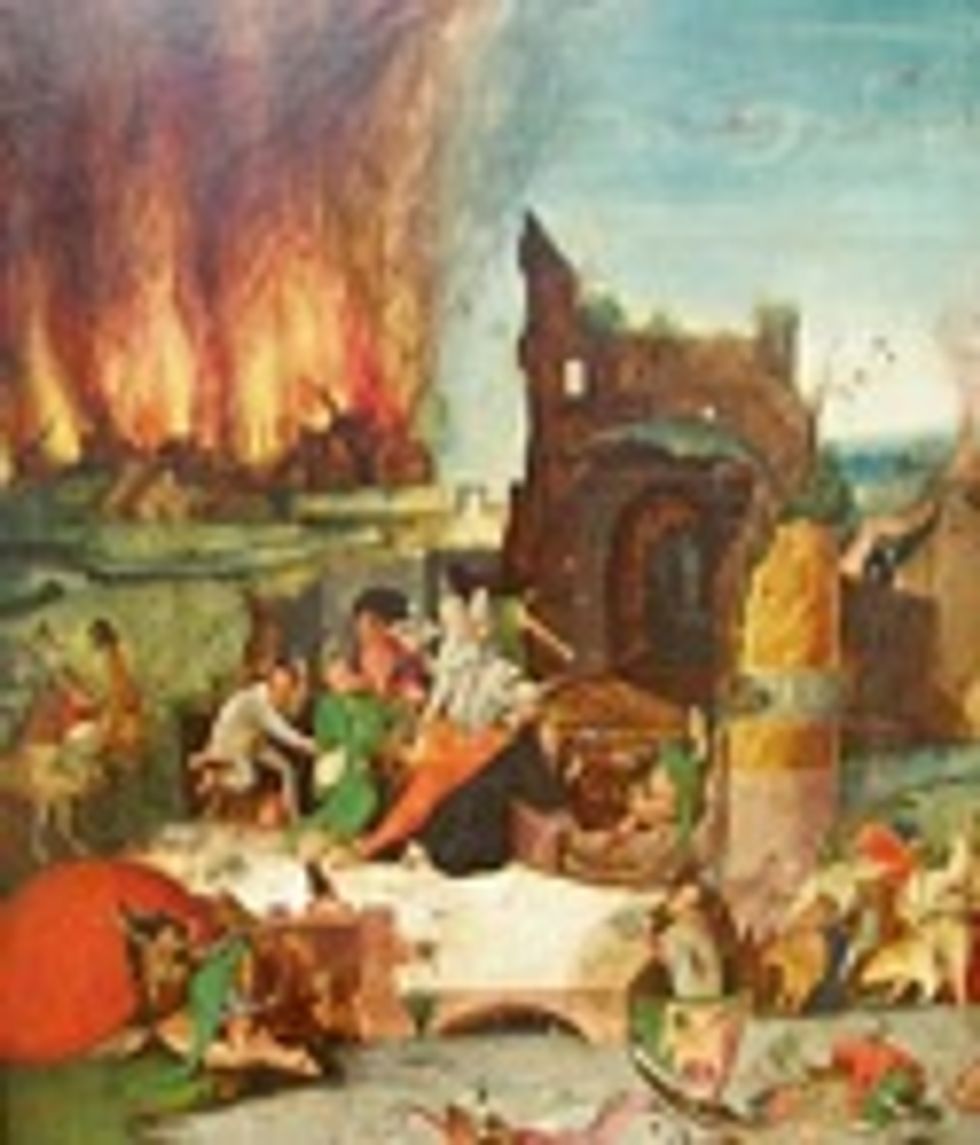 Some teabagger Republicans in the Texas legislature noticed on Newsmax or whatever that Texas is currently on fire, the whole state. And then they heard something aboutfirefighters apparently trying to fight these catastrophic fires, which is communistic, so the Texas Forest Service will have its current low budget slashed by another third -- $34 million -- to teach everybody a lesson about "relying on socialist fire departments when JESUS wants your shitty tract house to burn down."

Reuters reports on this latest example of an entire country literally committing suicide:

Texas lawmakers are set to slash funding for the agency responsible for fighting wildfires in the midst of a historic wildfire season in which some 2.5 million acres have burned.

The Texas Forest Service faces almost $34 million in budget cuts over the next two years, roughly a third of the agency's total budget. The cuts are in both the House and Senate versions of the proposed state budget.

In last week's New Yorker, there's a depressing story about the teabaggers in the Southern California suburb of Costa Mesa deliberately destroying the town to make a political point about fiscal austerity. The reporter describes it as "managed decline," and notes that it's the dominant theme in American governance today. Managed decline. So what's the term for intentionally burning down your entire fucking state? [Reuters via Wonkette Operative "chascates"]